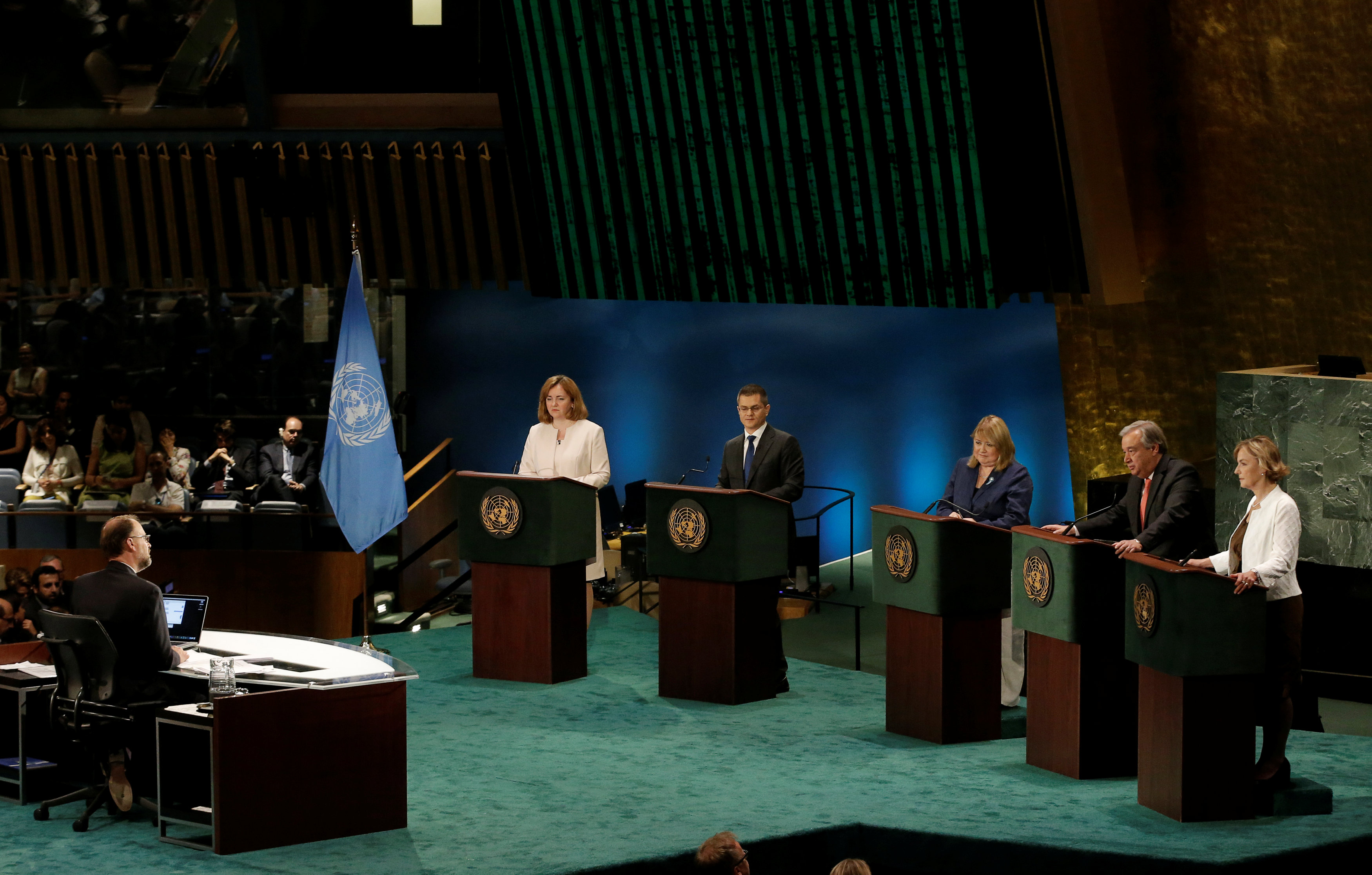 UNITED NATIONS -- For the first time in 71 years, the United Nations -- which has struggled through more violent conflicts during the last decade than at any time since World War II -- has decided to shed some light on the selection of its chief executive officer, the Secretary-General.

Candidates, long-chosen in back channel negotiations by the Security Council members, are now being officially vetted: questioned in public hearings by representatives from 193 nations. On Tuesday evening, the first ever debate of candidates took place.

Regardless of the new small dose of transparency, the final choice on a new Secretary-General still rests with the Security Council, which will have an informal "straw poll" on July 21. The five permanent members, which have veto power (U.S., U.K., France, Russia and China) and 10 non-permanent members, send a candidate to the full 193-member General Assembly in the fall.

The push for transparency relates in large part to the crises that the U.N. has faced, including the failures to find negotiated solutions in Syria and the Middle East, sexual exploitation and abuse by peacekeepers, a corruption scandal, and the introduction of cholera in Haiti. The world body, in effect, is facing a massive credibility deficit.

One of the most beloved of the eight U.N. chiefs to date, Dag Hammarskjöld, said famously that, "the U.N. was not created to take mankind to heaven, but to save humanity from hell."

The Secretary-General role is significant: he, or she, manages a staff of 44,000, not including 104,000 peacekeepers, and is responsible, in theory, for issues from refugees to pandemics and climate change. The individual is a voice for human rights, as well as the fundraiser-in-chief for the U.N.

Fundraising is a significant role because the U.N. has to rely on outside funding, including from the private sector, and because the allocation of dues at the U.N. remains outdated. The U.S. contribution remains the largest at 22 percent of the regular budget ($5.4 billion) and 28.5 percent of the peacekeeping budget ($8.27 billion) -- significantly higher than other countries.

By tradition, the Secretary-General job is supposed to alternate between regions, and it is the turn of Eastern Europe. Several organizations have pressed to have the first woman as Secretary-General when the job is filled in January 2017.

Diplomats still feel that the five permanent members of the Security Council will make the final decision, and Russia will hold firm that the candidate be from the region.

Just hours before the vote, Russia's Ambassador to the U.N. Vitaly Churkin told reporters gathered in the hall, "We believe they have a preference, yes."