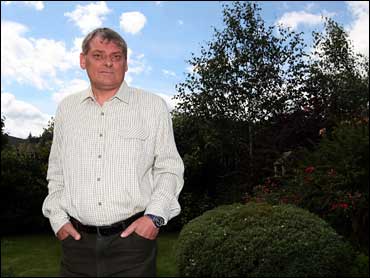 House of Lords member Peter Archer's report called the scandal a "horrific human tragedy" but did not name any specific medical workers or pharmaceutical companies as being responsible for the deaths of around 2,000 hemophiliacs since the 1970s.

"It is difficult to avoid the conclusion that commercial interests took precedence over public health concerns," said Archer, who conducted an independent inquiry with the help of legal and medical professionals.

The report recommended more compensation for victims, and giving them free prescription drugs, doctors' visits, counseling, physical therapy and home nursing. But it did not suggest any criminal charges be brought.

"We have not gone out of our way to apportion blame, it is a bit late and perhaps a bit pointless to say who is to blame when it is too late to do much about it," Archer said.

Surviving victims were left bitterly disappointed with the two-year inquiry.

Robert Mackie, a Scottish man who contracted AIDS and Hepatitis C after receiving contaminated blood products, rejected Archer's claim that doctors were "well intentioned" when they conducted blood tests without their patients' knowledge or consent.

"(They) endangered my wife's life for three years by not informing me I had AIDS," Mackie said. "That's not acceptable by any standards."

Archer admitted the British government and health services had been slow to react to the grave danger posed by Hepatitis C and HIV contamination of blood products collected from high risk donors such as prison inmates.

Hemophilia is an inherited disorder that prevents blood from clotting properly. It is usually controlled with blood plasma products that promote clotting - but in the 1970s and 1980s those products themselves were often contaminated because of improper screening

Tainted blood scandals have been investigated throughout the world - in France, Canada, Japan and elsewhere - leading to some convictions of government health officials and many compensation packages for infected hemophiliacs. But up until now, there had been no detailed probe in Britain.

The review team took evidence from more than 60 witnesses, including many victims and their families, and studied more than 20,000 documents. But it received no official help or evidence from the government and the political impact of its findings are likely to be blunted by time.

Mackie and others who have survived more than two decades because of advanced AIDS antiretroviral drugs said the Archer report was undermined because it does not have government backing, meaning its recommendations might not be followed.

Hemophiliacs have also been alarmed by the discovery last week of the human form of mad cow disease in a deceased hemophiliac, raising fears that their community faces still more threats from contaminated blood.

Nicholas Sainsbury, 44, who also contracted HIV and Hepatitis C from blood products, said more money must be paid to victims.

"The main finding is our lives were ruined and we were never compensated," he said.