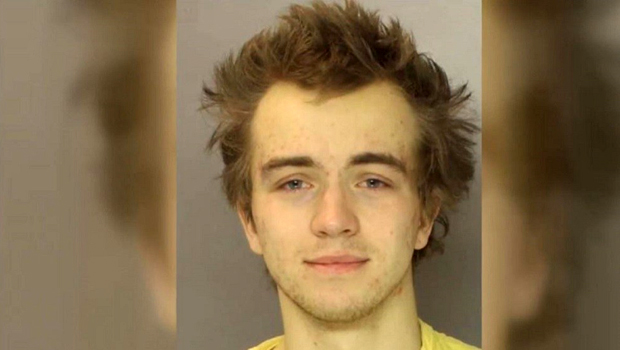 HARRISBURG, Pa. -- A 23-year-old Ukrainian man accused of faking his name and age while attending a Pennsylvania high school and having sex with an underage girl pleaded guilty Monday.

Artur Samarin entered the plea to a number of fraud and sex charges, which carry penalties of up to 40 years in prison and $90,000 in fines.

Since Samarin has no sentencing deal, It will be up to Dauphin County Judge Deborah Curcillo to choose his punishment during sentencing scheduled for September.

He also faces federal fraud charges and could be deported.

Samarin, thin and pale and dressed in a yellow county prison uniform, said little as he stood before the judge with his lawyer, Adam Klein. He told the judge he had been speaking English for more than three years and understood the charges against him.

Klein said Samarin consulted with an immigration attorney before deciding to enter the pleas.

Samarin, who called himself Asher Potts, is accused of having sex with a 15-year-old girl. The arrest affidavit said Samarin told a detective in February he had sex with the girl in the fall of 2014, when he was 22.

He had impressed teachers and community leaders while attending John Harris High School in Harrisburg and had been accepted into a college in Florida before authorities concluded he was considerably older and was a Ukrainian citizen who overstayed a student work visa.

Samarin, using the alias Asher Potts, enrolled in Harrisburg High School as a freshman in 2012 and was a member of the National Honor Society and the school's ROTC and Naval Sea Cadet programs. He was to graduate in June.

Officials said at the time of his arrest he arrived on a temporary visa for a short stay, and he came to the U.S. under his original name. It wasn't clear if Samarin was in Harrisburg the entire time. He apparently lived with people he befriended.

Marcel McCaskill knew Samarin from a seven-week math and science program the two were selected to participate in at Penn State. He and Samarin were in a group together and did a presentation on cosmic rays and detecting radiation in the summer of 2013.

"It's totally mind-blowing to me," said McCaskill, a freshman at Wheeling Jesuit University in West Virginia. "Honestly, he was a very respectable guy. He was the perfect role model, someone you would want your son to look up to."

He said some other kids in the program would joke that Samarin was a Russian spy, mostly because of his accent, "but nothing was wrong with him from my perspective."