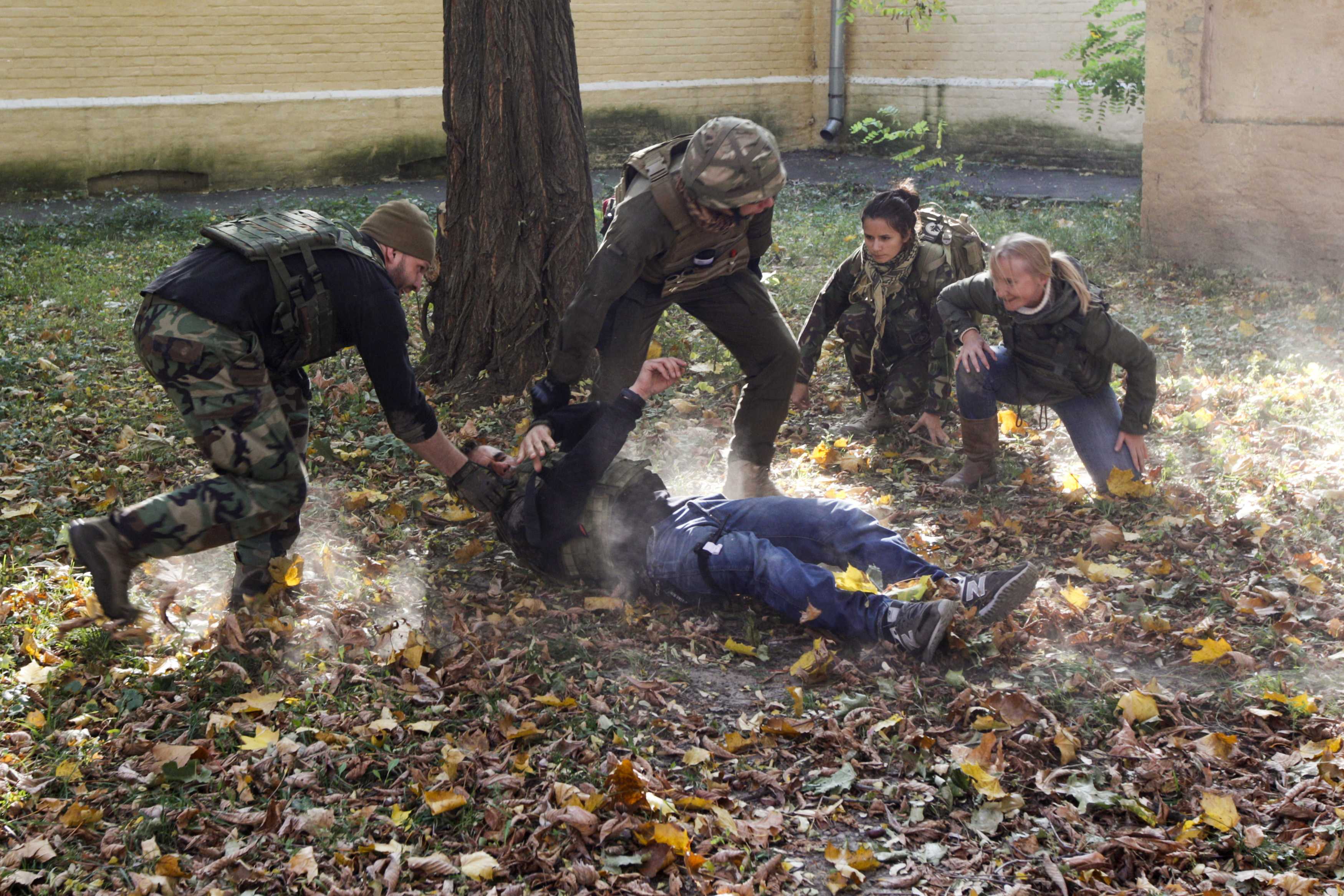 KIEV, Ukraine -- Military officials in Ukraine say there's been a reduction in the number of Russian soldiers at the heart of the fighting between government troops and separatist rebels in eastern Ukraine.

Russian personnel who had been in field camps in Ukraine have been returning to their home bases inside Russia, Ukrainian security spokesman Col. Andriy Lysenko said Monday.

Moscow vehemently denies that it has troops in Ukraine or that it supports the separatist forces in Ukraine's largely Russian-speaking eastern regions of Donetsk and Luhansk.

Lysenko described the reported withdrawal as a positive process, but said mercenary fighters were still entering Ukraine from southern Russia, where some Ukrainian border posts are controlled by rebels.

A cease-fire declared early last month between Ukrainian forces and rebel fighters has been violated almost daily, although the overall scale of fighting has eased substantially since that time.

Lysenko's statement comes after Russian President Vladimir Putin ordered thousands of his country's troops who were posted near the Ukrainian border to return to their permanent bases. A Kremlin spokesman said Putin had ordered approximately 17,600 troops to return home from the southern region of Rostov.

The withdrawal may be a sign of goodwill ahead of Putin's trip to Milan on Thursday, where he is set to meet with Ukrainian President Petro Poroshenko and European Union leaders.

As EU and U.S. sanctions against Russia begin to bite and economic growth falters, Moscow may also hope that a troop withdrawal will bolster the chances that Western nations will revoke the sanctions.

Ukraine, meanwhile, is shaking up its own military leadership. On Sunday, Poroshenko accepted the resignation of Ukrainian Defense Minister Valeriy Heletey. Parliament is expected to vote Tuesday on his proposed replacement, National Guard head Stepan Poltorak.

Heletey came under sustained criticism for his handling of military operations in eastern Ukraine, where rebels managed to reverse government successes with a consistent supply of powerful weaponry, causing heavy troop losses, especially in August.