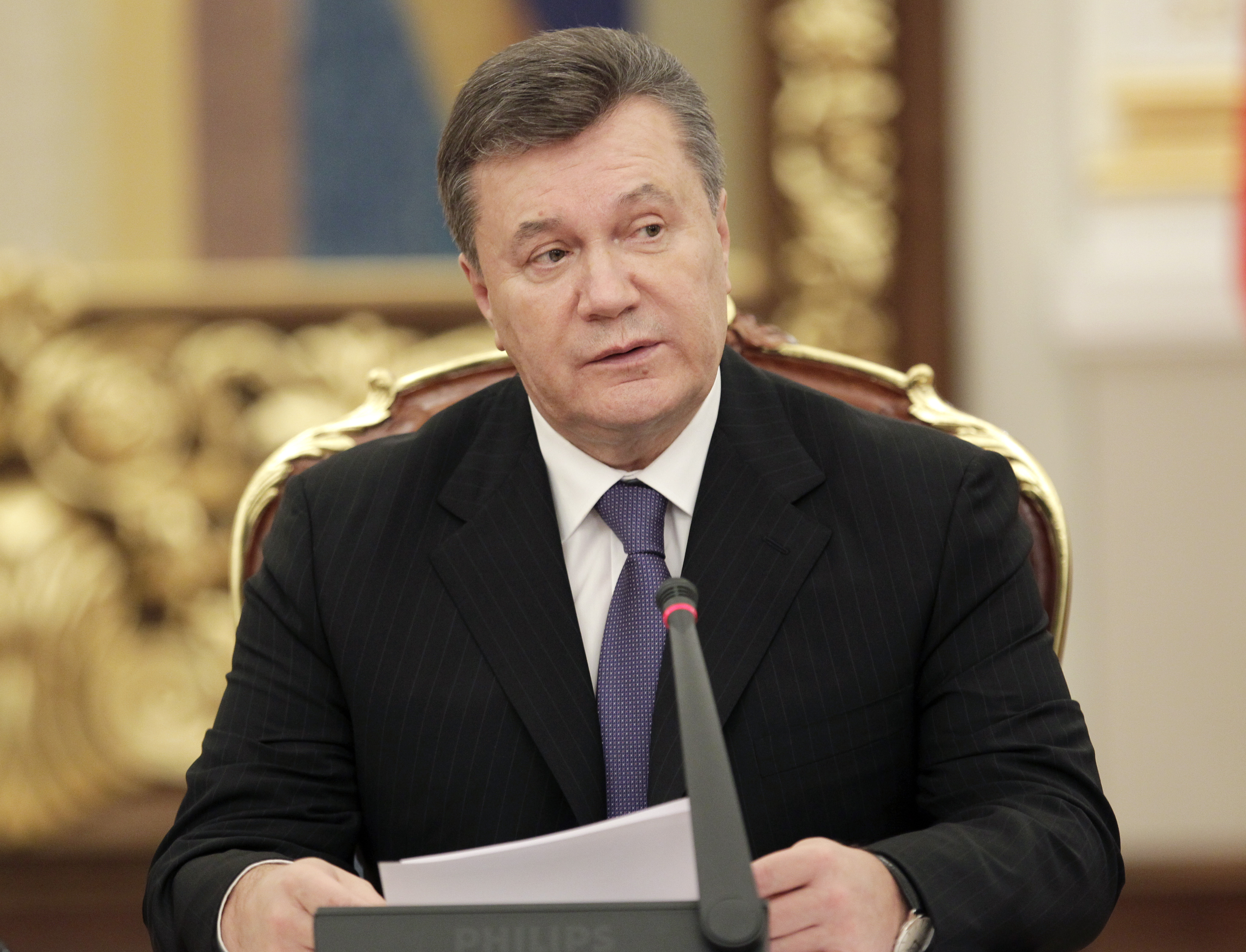 KIEV, Ukraine Ukrainian President Viktor Yanukovych signaled Monday he is unwilling to pardon jailed former premier Yulia Tymoshenko, a key condition for the signing of a landmark agreement with the European Union next month.

Speaking after a meeting with his Czech counterpart, Yanukovych skirted a direct question on whether he would pardon Tymoshenko, as has been recommended by two top EU envoys. The West condemns the jailing of Tymoshenko, Yanukovych's fierce opponent, as politically motivated and is pressing for her release.

Instead, Yanukovych suggested that a special law should be passed allowing Tymoshenko to be sent to Germany for treatment of a back problem.

"Such a bill is now being considered by political forces in Ukraine and will be introduced to parliament in the near future," Yanukovych said.

allies have spoken out against this measure because it would likely prevent her from returning to Ukraine and participating in politics, since she could be returned to prison.

Her party reiterated Monday in a statement that Yanukovych was merely trying to shift responsibility for the move by turning to parliament. "The only thing that is needed is Yanukovych's political will."

The controversy over Tymoshenko has been a key obstacle for the signing of an association agreement between the European Union and Ukraine, which would establish a free-trade zone and bolster political and other ties.

Concerns over an impasse in the Tymoshenko case were heightened Monday when the two EU envoys who had urged Yanukovych to pardon Tymoshenko, former Polish President Aleksander Kwasniewski and former European Parliament President Pat Cox, headed urgently to Kiev to continue negotiations.

Meanwhile, Swedish Foreign Minister Carl Bildt suggested that the solution that Yanukovych favors - releasing Tymoshenko to Germany without first pardoning her - would unlikely be accepted by the EU.

"I would be very skeptical towards a solution of that sort," Bildt said in Luxemburg on the sidelines of an EU foreign affairs meeting.

Tymoshenko is serving a seven-year sentence on charges of abuse of office while negotiating a gas deal with Russia in 2009. She insists she is innocent and accuses Yanukovych of ordering her imprisonment in order to bar her from challenging him in the 2015 presidential election.