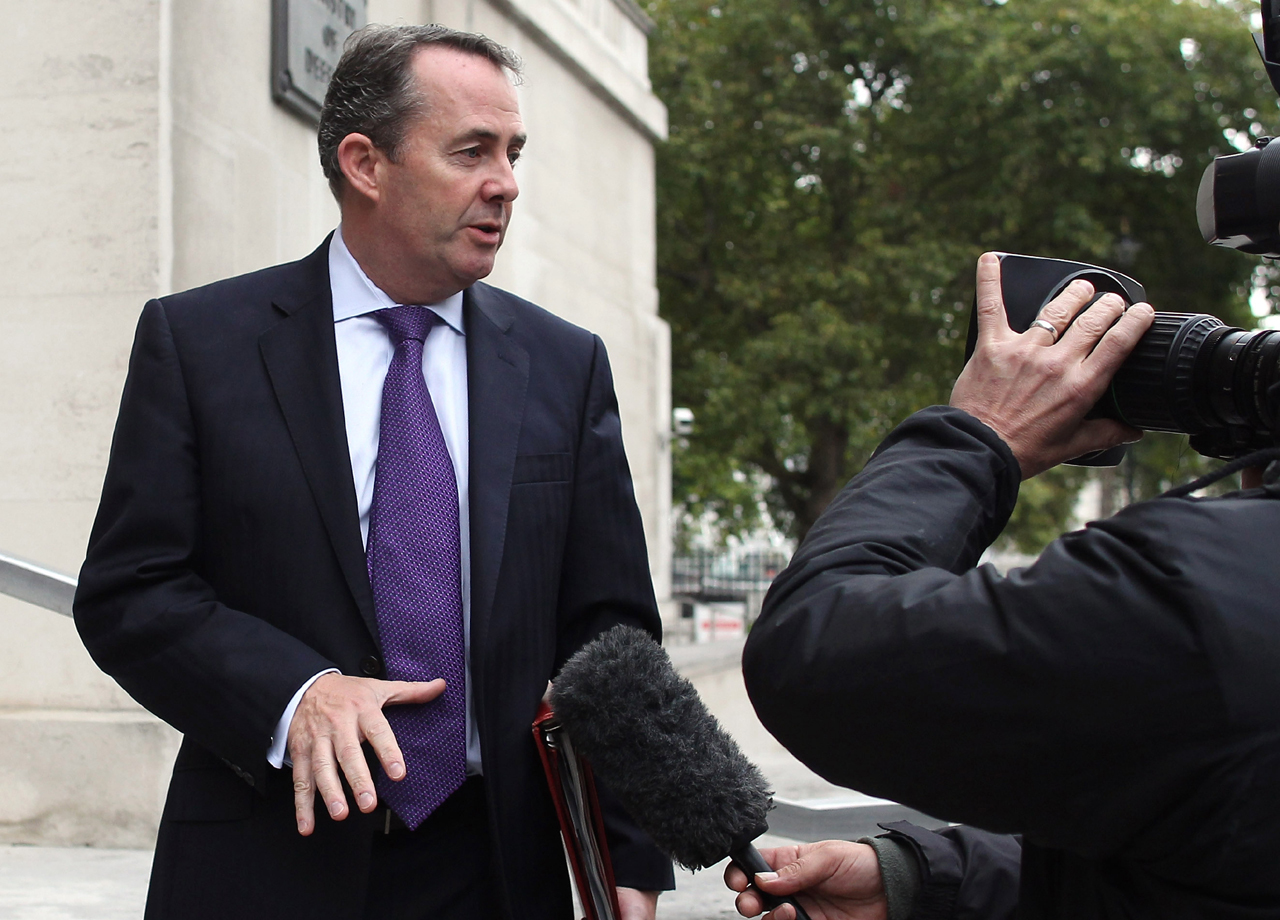 LONDON - Britain's defense minister quit Friday in the face of an influence-peddling scandal focused on the role of a close friend who was present on scores of overseas trips despite having no government role.

Fox became cornered by questions over the policy influence of his 34-year-old friend Adam Werritty, who served as the best man at Fox's 2005 wedding and with whom he had once shared an apartment. Critics questioned who was funding the younger man's tours across the globe to join the minister on 18 overseas visits.

Questions were also raised about whether Werritty was representing groups interested in building ties with Fox to gain defense contracts, or seeking to curry favor with the British defense establishment.

Fox, 50, had initially insisted he planned to continue in his role leading Britain's armed forces, but he was sunk by continued disclosures over Werritty's activities.

"I mistakenly allowed the distinction between my personal interest and my government activities to become blurred," Fox told Prime Minister David Cameron in his resignation letter. "The consequences of this have become clearer in recent days. I am very sorry for this."

Cameron, who had vowed to wait for the results of a government inquiry expected next week before deciding on Fox's fate, was considering candidates for the high-profile role.

Cameron praised Fox's work, saying he had overseen changes at the defense ministry that would ensure the armed forces were "fully equipped to meet the challenges of the modern era."

"On Libya, you played a key role in the campaign to stop people being massacred by the Qaddafi regime and instead win their freedom," Cameron wrote.

Though Werritty did not have an official paid role with the defense ministry, he had business cards listing him as an adviser to Fox.

Fox, who was voted in to parliament in 1992, said he had no plans to quit the House of Commons.

However, he expressed regret at leaving his position while military operations are ongoing in Afghanistan and Libya.

"I am proud also to have played a part in helping to liberate the people of Libya, and I regret that I will not see through to its conclusion Britain's role in Afghanistan, where so much progress has been made," he said.

Fox was brought up on a public housing estate in Glasgow, Scotland's largest city and studied medicine at the University of Glasgow, where he became involved in politics.