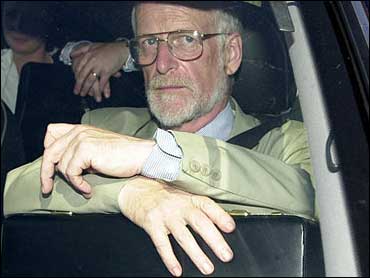 The British Broadcasting Corp. said Sunday that David Kelly, a Ministry of Defense scientist whose suicide intensified a fierce debate over intelligence used to justify war in Iraq, was its main source for a story at the center of the dispute.

"Having now informed Dr. Kelly's family, we can confirm that Dr. Kelly was the principal source" for a radio piece in which reporter Andrew Gilligan quoted an anonymous official as saying the government exaggerated claims of Iraqi weapons, the network said in a statement.

"The BBC believes we accurately interpreted and reported the factual information obtained by us during interviews with Dr. Kelly," the statement continued.

The statement said Kelly, an internationally respected weapons expert, had also been the source for a piece by reporter Susan Watts on the BBC's "Newsnight" analysis program.

Kelly had told a Parliamentary committee he spoke privately to Gilligan but did not recognize his claims in the reporter's piece and believed he was not its main source.

The soft-spoken, bearded microbiologist was found dead on
Friday; British authorities say he killed himself a day earlier, slitting his left wrist in the woods near his Oxfordshire home. The BBC and the government had been engaged for weeks in an angry public battle about Gilligan's story - with Kelly at the center of the political firestorm.

The reporter quoted his source as saying the government had "sexed up" its evidence on Iraqi weapons in order to justify war and insisted on publishing a claim that Saddam Hussein could deploy some chemical and biological weapons within 45 minutes, despite intelligence experts' doubts.

Gilligan later said the source had accused Alastair Campbell, Blair's communications adviser, of insisting the 45 minutes claim be included in a government dossier on Iraqi weapons. The House of Commons Foreign Affairs committee cleared Campbell of that charge.

"I believe I am not the main source," Kelly told the committee Tuesday. "From the conversation I had, I don't see how (Gilligan) could make the authoritative statement he was making."

He said the same to his Ministry of Defense bosses when he came forward voluntarily to tell them he'd met with Gilligan.

The BBC report helped prompt two Parliamentary probes into government weapons claims, and Blair aides have angrily demanded a retraction and an apology from the broadcaster.

Blair, who is on a whirlwind trip through east Asia, said through a spokesman that he was "pleased that the BBC has made this announcement."

"Whatever the differences, no one wanted this tragedy to happen," the spokesman quoted him as saying. "I know that everyone, including the BBC, has been shocked by it."

Polls show the British public is losing faith in Blair with a majority feeling they were misled about Iraqi weapons of mass destruction - the rationale for war, reports CBS News Correspondent Richard Roth.

He urged all those involved in the debate to demonstrate "respect and restraint, and no recrimination."

The BBC statement said the network would cooperate fully with a judge appointed to head an inquiry into the events leading to Kelly's death. It said it would provide full details of its two reporters' contacts with Kelly, including their notes.

"We continue to believe we were right to place Dr. Kelly's views in the public domain," the statement said. "However, the BBC is profoundly sorry that his involvement as our source has ended so tragically."

Blair also said he would testify in the inquiry.

Days after his name was leaked — reportedly by the Ministry of Defense — as the suspected source for Gilligan's May 29 report, Kelly was grilled last week by the Parliamentary committee. Two days later, on Thursday, his family reported him missing, adding a dark twist to a bitter political debate.

Kelly's body was found the next day, in a wooded area a few miles from his home in the rural village of Southmoor, 20 miles southwest of Oxford.

Throughout the bitter debate, the BBC had refused to say whether Kelly, who was a top United Nations weapons inspector in Iraq in the 1990s, had been its source.

"Over the past few weeks we have been at pains to protect Dr. Kelly being identified as the source of these reports," the BBC statement said. "We clearly owed him a duty of confidentiality. Following his death, we now believe, in order to end the continuing speculation, it is important to release this information as swiftly as possible."

The statement said the BBC had waited until Sunday to make the announcement at the Kelly family's request.

Kelly's family said in a statement issued Saturday that "events over recent weeks have made David's life intolerable, and all of those involved should reflect long and hard on this fact."

"A loving, private and dignified man has been taken from us all," they added.