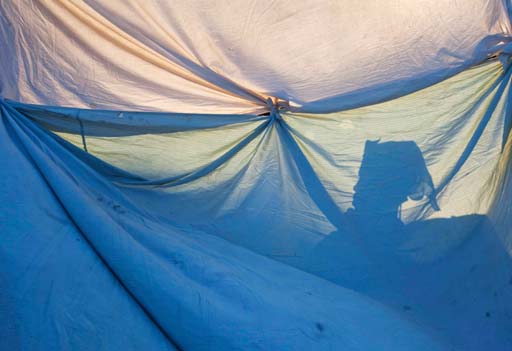 Emeka Okafor sat on the bench, a towel around his neck, simmering, waiting for his moment.

Boy, did it ever come.

The Connecticut Huskies will be in the NCAA title game against Georgia Tech because Okafor willed them there on Saturday night at the Alamodome, knocking out Duke 79-78 after sitting out all but four minutes of the first half with two fouls.

Their first lead in the second half came after Okafor missed a shot in the last minute - it barely rolled off the rim - but he somehow emerged from a scrum under the basket with the ball and put it back in with 25 seconds remaining.

After a drive by Duke star J.J. Redick resulted in a loose ball and UConn hit some free throws, Okafor exploded with emotion, racing around the court until a couple of teammates corralled him. He had scored 18 second-half points.

UConn, which had turned into the tournament favorite, looking like the tournament's dominant team during the regionals, had other stars after trailing by nine points with 4½ minutes left.

The Huskies' sharpshooter, Rashad Anderson, had overcome a rough first half. His coach, Jim Calhoun, had set new standards for "getting in his face during a timeout. But Anderson hit two tough 3-pointers to keep UConn within range in the last five minutes, grabbed that Redick turnover, and hit a couple of free throws before punching his own heart.

Here's what the Huskies will remember that they overcame: Less than four minutes in, Okafor had picked his second foul. He had picked up both within 2 feet of the basket he was defending. The first one sent Calhoun into spasms of outrage.

After the second one was whistled, Okafor kept his arms perfectly straight up, indicating the position he felt he was in when Luol Deng banged into him. Then he sat.

"Here we go again!" screamed a UConn fan across from the Huskies bench, expressing the widely held Duke paranoia. "Every call!"

The unanimous Associated Press All-American wasn't just important because he is the college game's most dominant defender. After halftime, he also picked a teammate's airball out of the air and put it in before he came down. He threw a perfect backdoor pass to UConn guard Ben Gordon for a layup.

Of course, the highlights came at the other end. You think Deng gets his driving layup blocked by anybody else? Then Okafor turned on Deng to score at the other end, drawing UConn within 59-58 with nine minutes left.

The Big East is kind of proud of this statistic: The conference now is 8-0 in national semifinal games against the outside world. On Monday night, Calhoun will try to become the first Big East coach to win two national titles. Only John Wooden (10), Adolph Rupp (four), Bob Knight (three) and Krzyzewski (three) have won more than two.

Duke hadn't just watched film of UConn fastbreaking through this tournament. They had seen what the Huskies looked like - frustrated - when they were forced to play at a slower speed.

Saturday night, a lot of UConn passes in its halfcourt sets were thrown toward teammates' knees, through any opening possible. Ben Gordon, who had looked like Ray Allen on his first jumper coming off a screen to catch and shoot, suddenly looked like he had when UConn lost at Pitt, desperate to make plays.

Of course, Okafor's absence affected everything at the other end.

Emeka Okafor sat on the bench, a towel around his neck, simmering, waiting for his moment