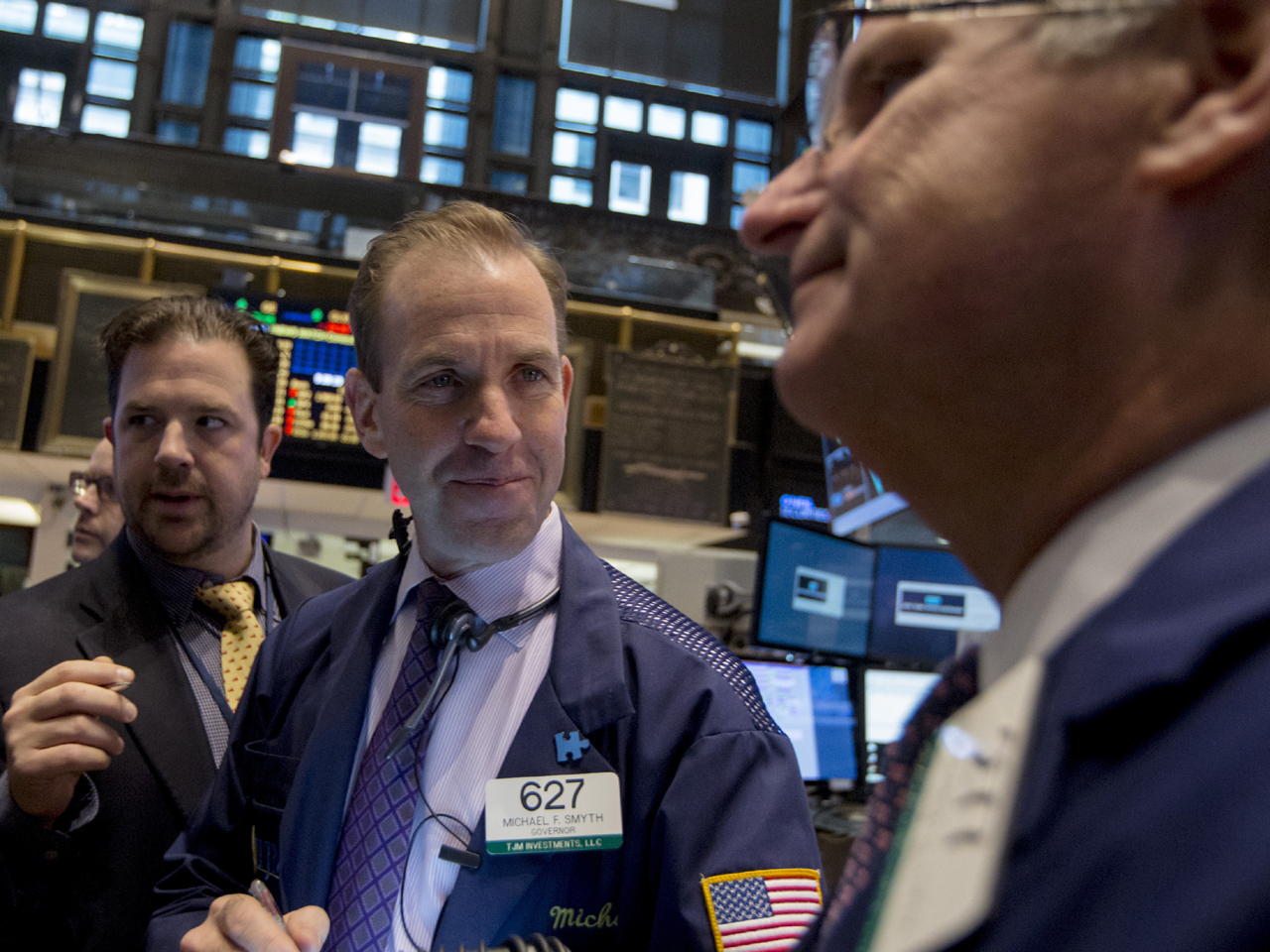 The U.S. economy grew at an annual rate of 3.5 percent in the three months ending in September, powered by more business investment, sales abroad and the biggest jump in military spending in five years. The Commerce Department's estimate for third-quarter growth came in slightly better than economists expected. In a separate report, the Labor Department counted more people applying for unemployment benefits last week, but the less-volatile four-week average declined to 281,000, the lowest level since May 2000.

"It's another report that indicates the economy can stand on its own two feet," said Peter Cardillo, chief market economist at Rockwell Global Capital Management, referring to the government's estimate of economic growth. "At the same time, it somewhat heightens the fear factor in the markets that the Fed may raise interest rates sooner than later."

The market is approaching a stretch that usually rewards investors, said Sam Stovall, chief equity strategist, at S&P Capital IQ. "We're entering the best six months of the year, November through April," he said. Since World War II, the market has climbed 94 percent of the time, for an average gain of 15 percent.

After the market closed Wednesday, the world's largest payment-processing company reported quarterly earnings that were higher than analysts' forecasts, thanks to an increase in transactions. The company also announced a plan to spend as much as $5 billion on buying its own shares. Visa surged $22.92, or 11 percent, to $237.71.

Unlike other market measures, the Dow weighs its roster of 30 large corporations by their stock prices rather than by their market size. That means companies with the most expensive stocks, such as Visa and Goldman Sachs, have more power to drive the average up or down.

The world's second-largest card-payment company, MasterCard, said its third-quarter profit surged as Americans appeared less hesitant to use their debit and credit cards. The results beat Wall Street's expectations, propelling MasterCard's stock up $6.66, or 9 percent, to $82.65.

Reports of rising corporate earnings have helped turn the market higher in recent weeks. More than half of the S&P 500's members have released their third-quarter results, and roughly seven out of 10 have beaten Wall Street's targets, according to S&P Capital IQ. Third-quarter earnings are now on track to increase nearly 7 percent, with health-care companies reporting the largest profit gains.

BorgWarner, a maker of car parts, said a slide in the value of foreign currencies against the dollar will hamper its results this year. The company, which operates in 19 countries, cut its forecast for full-year profits and sales. BorgWarner slumped $2.54, or 4 percent to $54.32.

On Wednesday, the Fed declared that it had wrapped up its $4 trillion bond-buying program, noting that the U.S. economy no longer needs as much assistance. Markets have been through several episodes of jitters about the program's shutdown, because it provided significant support to financial markets even as experts debated its effects on the U.S. economy. The focus now is on when the Fed will raise its short-term interest rate from a record low.

The price of the 10-year Treasury note edged up, and its yield, which moves in the opposite direction, slipped to 2.31 percent from 2.32 percent late Wednesday. The dollar rose to 109.01 yen, while the euro dipped to $1.261.