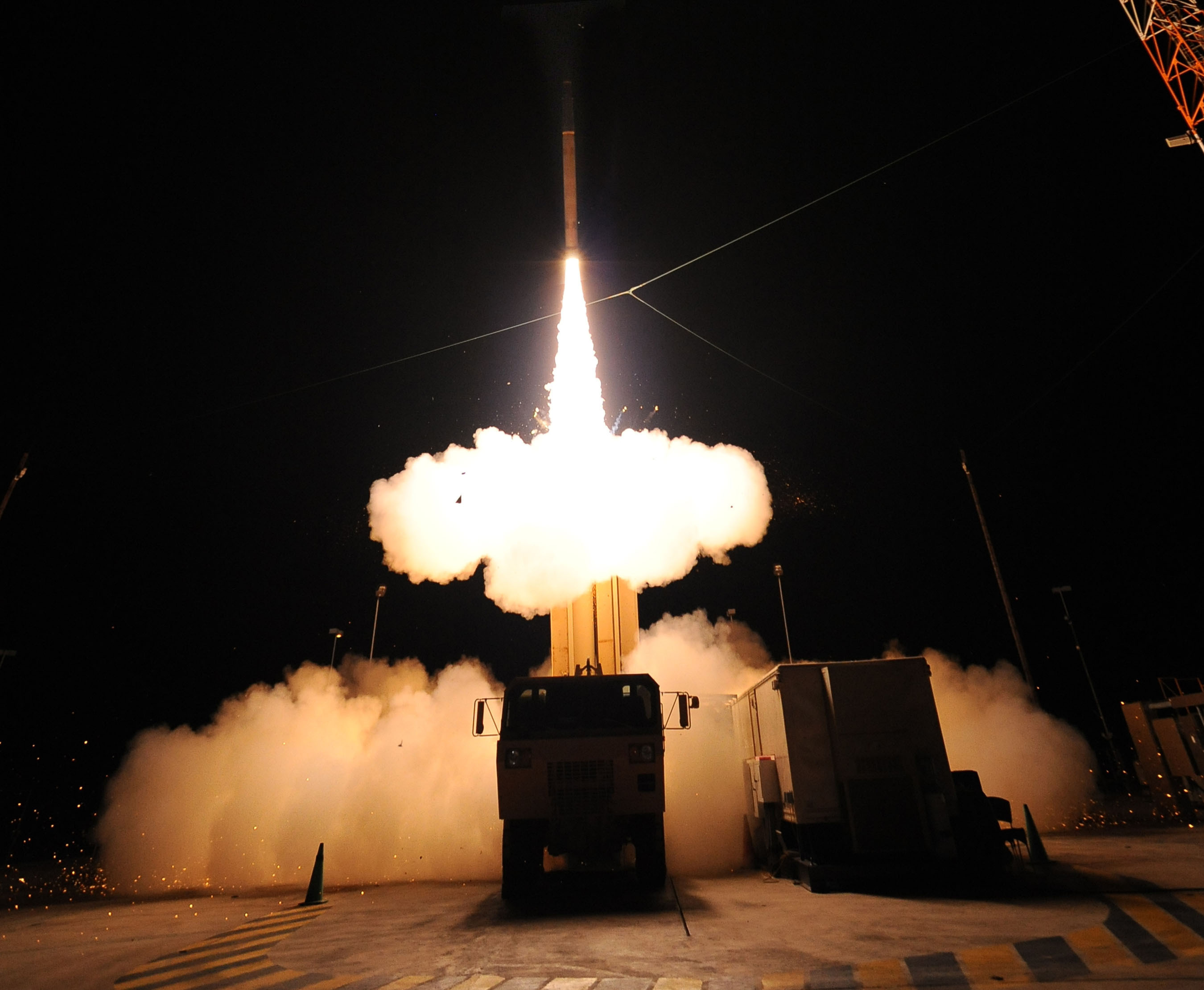 SEOUL -- The top U.S. military official in South Korea has recommended the deployment of an advanced U.S. missile defense system in the country to counter the growing military threat posed by North Korea.

"There was consideration being taken in order to consider THAAD (Terminal High-Altitude Area Defense) being deployed here in Korea. It is a U.S. initiative, and in fact, I recommended it as the commander," Gen. Curtis Scaparrotti, the commander of United States Forces Korea (USFK), was quoted as saying by South Korea's Yonhap News Agency. He spoke at a forum hosted by the Korea Institute for Defense Analyses, in Seoul.

The THAAD system is designed to shoot down ballistic missiles as far away as about 160 miles, and at altitudes up to 90 miles.

Scaparrotti's remarks came a week after reports that the U.S. was piling pressure on South Korea's government to accept a role in the U.S-led missile defense network in the region. The Wall Street Journal reported last week that the Pentagon had conducted a site survey in South Korea look for potential sites where the transportable THAAD batteries could be located.

Shortly after Scaparrotti's remarks were reported in the South Korean media on Tuesday, a South Korean Defense Ministry spokesperson said Seoul had received no official request from Washington to deploy a THAAD system in the country.

The U.S. military reiterated that in a statement to CBS News, stressing that "neither the U.S. government nor the Republic of Korea have made final decisions regarding either the permanent stationing of U.S. THAAD unit or ROK acquisition of its own THAAD system."

But the defense chief warned less than a month ago that North Korea was making final preparations for a possible fourth nuclear test. The warning, which lacked any specifics, came after several years of missile tests and threats from Pyongyang which have seen relations between the two nations deteriorate sharply. North and South Korea technically remain at war, as the Korean War ended in a 1953 truce rather than a peace treaty.

But in spite of the threat from across the border, many believe there is another, underlying concern in Seoul sapping the will to join a U.S. missile defense program: the prospect of irking China.

"China perceives the deployment of a U.S. missile defense system in the East Asian region as being aimed at them," Moon Seong-mook, a former one-star general in the South Korean army and now a research fellow at Korea Research Institute for Strategy, told CBS News. "That is why they are extremely sensitive about this issue."

The missile systems "threaten China's highly valued portfolio of ballistic missiles, which are important tools of Beijing's strategy for deterring Taiwan's independence, denying U.S. forces access to China's coastal regions and air space, and intimidating other Asian countries such as Japan and India," wrote Richard Weitz, a Senior Fellow and Director of the Center for Political Military Analysis at the Hudson Institute.

What is a Russian penal colony, and what are they like?
Thanks for reading CBS NEWS.
Create your free account or log in
for more features.
View CBS News In
CBS News App Open
Chrome Safari Continue
Be the first to know
Get browser notifications for breaking news, live events, and exclusive reporting.