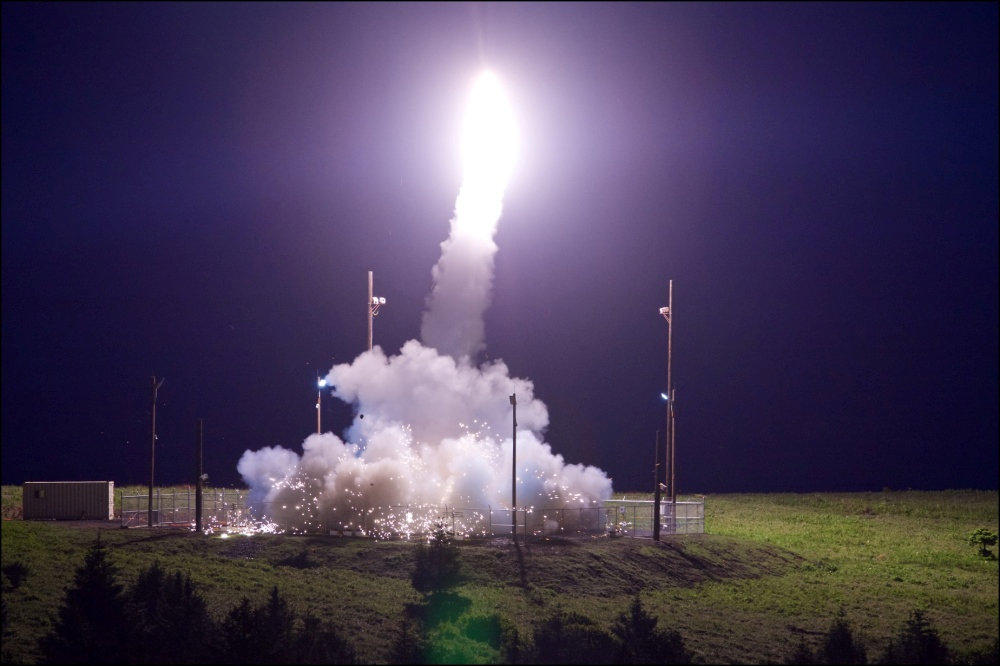 The U.S. Air Force launched a medium-range ballistic missile over the Pacific Ocean, and the THAAD system -- in Kodiak, Alaska -- "detected, tracked and intercepted the target," according to the MDA's statement.

Sunday's test marked the 15th successful intercept out of 15 THAAD tests, and it was carried out to collect "threat data" from an interceptor, the MDA said.

The data collected will improve the Missile Defense Agency's "ability to stay ahead of the evolving threat," MDA Director Lt. Gen. Sam Greaves said in the agency's statement.

In direct response to both launches, two U.S. Air Force B-1 bombers flew over the Korean Peninsula over the weekend. The mission was "in response to North Korea's ballistic missile and nuclear programs," and "part of the continuing demonstration of ironclad U.S. commitment to our allies," U.S. Pacific Air Forces said in a statement.

"North Korea remains the most urgent threat to regional stability," Gen. Terrence J. O'Shaughnessy, Pacific Air Forces commander, said in the statement. "Diplomacy remains the lead; however, we have a responsibility to our allies and our nation to showcase our unwavering commitment while planning for the worst-case scenario."

"If called upon, we are ready to respond with rapid, lethal, and overwhelming force at a time and place of our choosing," he added.

Earlier this year, the U.S. installed a THAAD system in South Korea. It is now operating and can defend against North Korean missiles, the U.S. military said in May.

The THAAD weapons system is strictly for defensive measures and uses "hit-to-kill technology" to destroy targets, the MDA said.