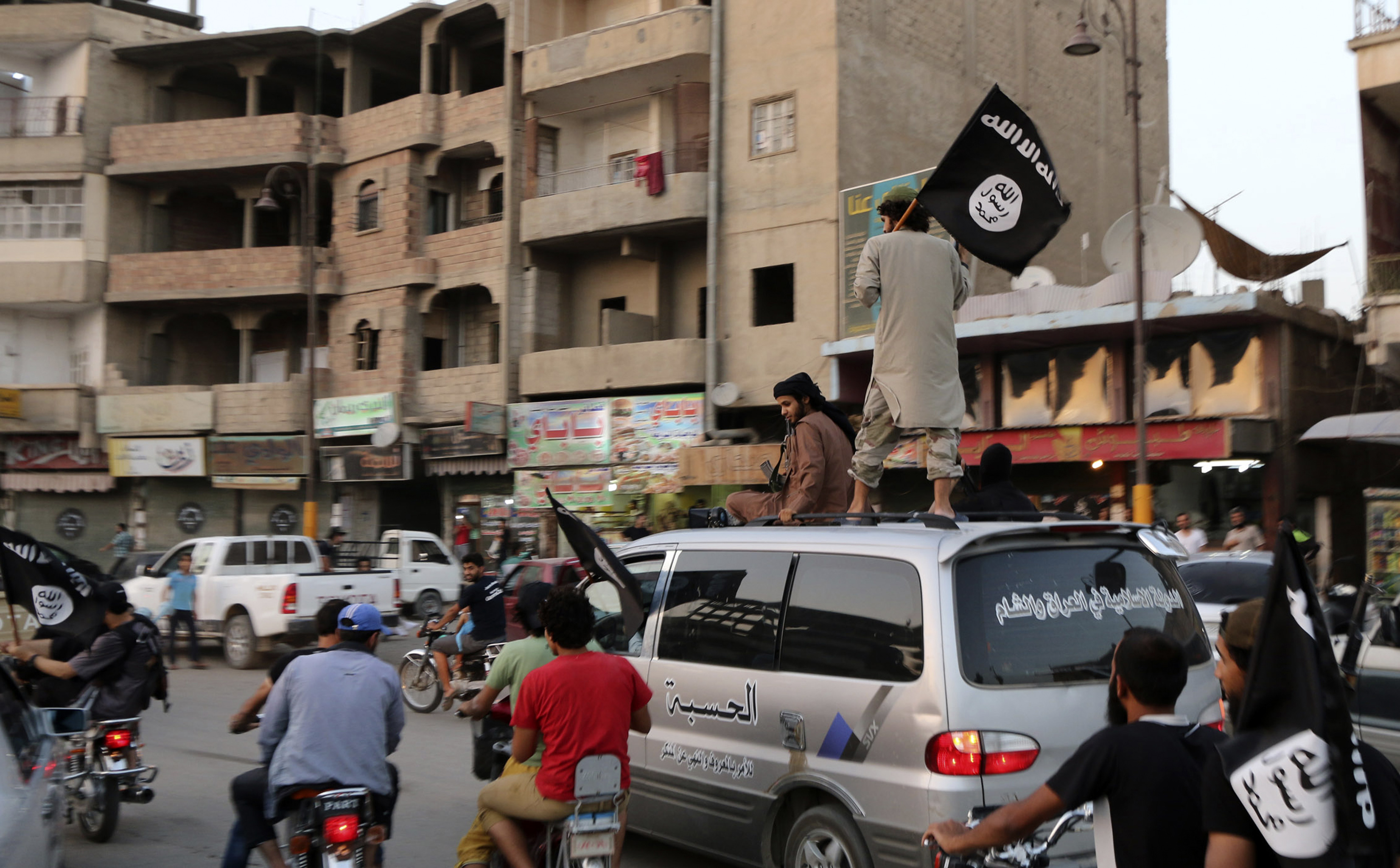 BEIRUT - U.S.-led coalition aircraft unleashed a series of airstrikes targeting the Islamic State of Iraq and Syria (ISIS) stronghold of Raqqa in eastern Syria, killing at least 10 militants and wounding many others, the coalition and the group said Sunday.

At least 16 airstrikes were reported late Saturday and early Sunday, triggering successive explosions that shook the city and created panic among residents, activists said. The U.S.-led coalition often targets ISIS-held towns and cities in Syria, but the overnight strikes on Raqqa were rare in their intensity.

In a statement issued early Sunday, the coalition said it had conducted 16 airstrikes throughout Raqqa, destroying vital ISIS-controlled structures and transit routes in Syria.

"The significant airstrikes tonight were executed to deny Daesh the ability to move military capabilities throughout Syria and into Iraq," said coalition spokesman Lt. Col. Thomas Gilleran, using the Arabic acronym for ISIS.

"This was one of the largest deliberate engagements we have conducted to date in Syria, and it will have debilitating effects on Daesh's ability to move" from Raqqa.

Raqqa is the de facto capital of the so-called Islamic caliphate declared a year ago by ISIS in territories it controls in Iraq and Syria.

An ISIS-affiliated militant website confirmed the strikes on the center of the city, saying 10 people were killed and dozens wounded. It also published purported photos of dead victims, including two of young boys suggesting they were civilians.

A Raqqa-based anti-ISIS activist network reported eight civilians were killed by the coalition airstrikes, including a 10-year-old child. The report could not be independently confirmed.

The network, called Raqqa is Being Silently Slaughtered, said at least one airstrike targeted a group of ISIS members in the city center. Another targeted an ISIS checkpoint while a third destroyed large parts of an ISIS-held brick factory in the city.

The video showed the soldiers being taken in pickup trucks from the town's notorious Tadmur prison to the amphitheater. At the theater, they were shot dead by young ISIS members armed with pistols. Hundreds of people were seen watching the killings.

The video did not indicate when the killings took place. The Britain-based Syrian Observatory for Human Rights said these shootings took place on May 27.

The Associated Press reported in May that scores of Syrian troops and state employees were killed in the days after ISIS captured the town on May 27.

Palmyra is a UNESCO world heritage site famous for its 2,000-year-old Roman colonnades, other ruins and priceless artifacts. Since ISIS captured Palmyra last month, there have been fears that the extremists would blow up archaeological sites as they have in Iraq.

In Iraq, a Defense Ministry statement said government forces repelled an ISIS attack on a town and a vital dam in Anbar province after ISIS fighters launched an offensive on the town of Haditha and the nearby Haditha dam Sunday morning.

At least 20 militants were killed in the failed attack, said the statement, which did not provide any further information.

Iraqi forces, backed by Shiite militias, have been struggling to recapture areas lost to the ISIS group in the country's west and north.

In May, the militant group scored a stunning victory, overrunning Ramadi, the provincial capital of western Anbar province. Yet, Haditha and some other towns remain under control of government forces and allied Sunni tribal fighters.