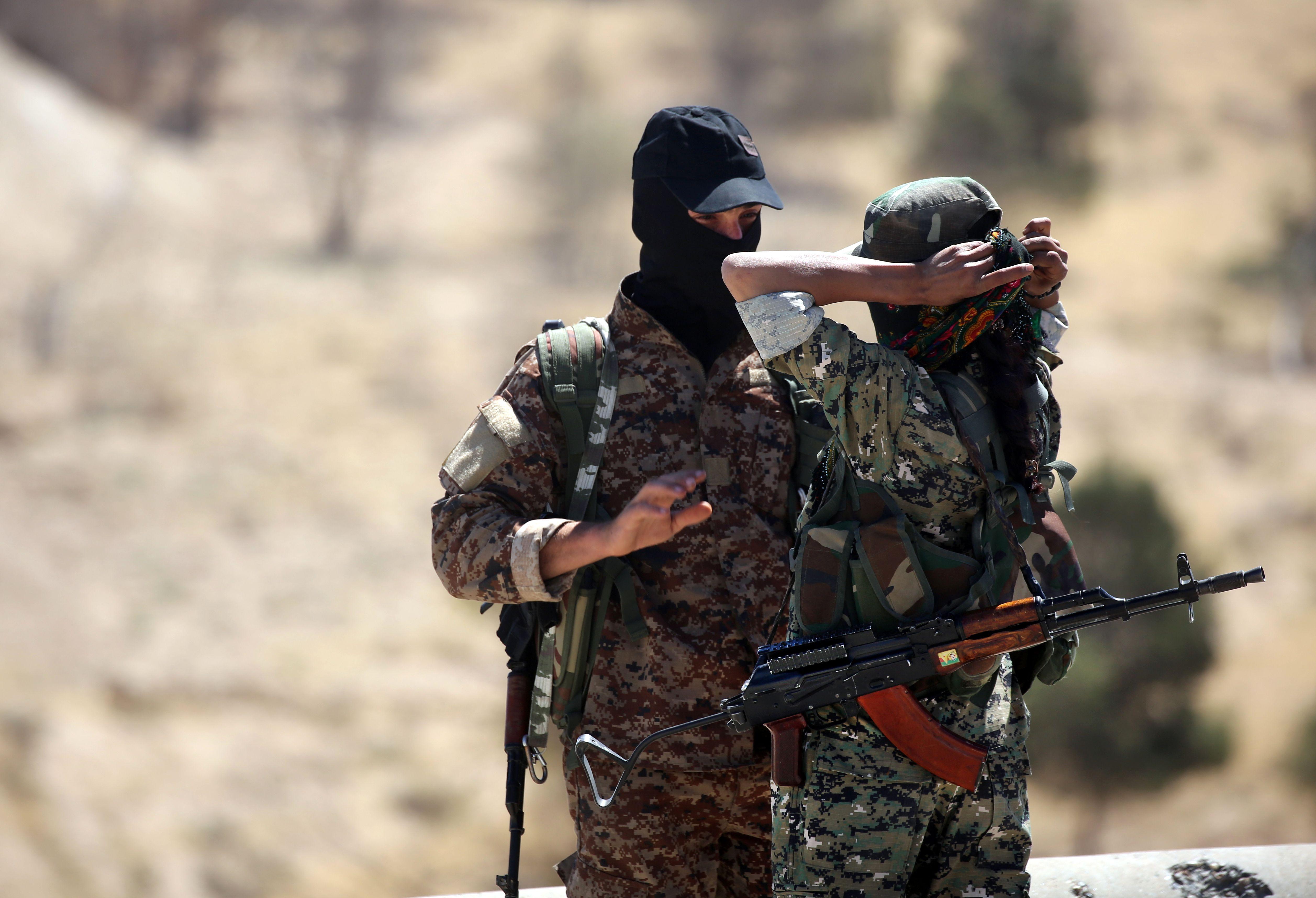 BEIRUT -- A Kurdish-led Syrian force backed by the U.S. expects to advance this summer on the northern city of Raqqa, the de facto capital of the extremist group Islamic State of Iraq and Syria (ISIS), a commander said Friday.

The announcement follows a decision by the Trump administration to supply the force with heavier weapons.

The Syrian Democratic Forces (SDF) have been buoyed by this week's capture of the key town of Tabqa and its nearby dam. The advance left no significant ISIS-held urban settlements between SDF lines and Raqqa, about 25 miles to the east.

An SDF commander, identified only as Abdelqader, declined to specify dates at a news conference, citing tactical reasons. He said the battle for Raqqa would begin once the group receives the weapons from the U.S. military, adding that he expects the fighters to storm the city in the coming weeks.

CBS News correspondent Seth Doane reports from Damascus that the mood in the Syrian capital was calm Friday, with tanks and troops moving through the streets being the only indication of the country's civil war.

The announcement to equip the SDF with weapons was a snub to Turkey, which doesn't want the Syrian Kurdish-led force to take Raqqa and has offered its own troops instead. Ankara is also enraged by U.S. plans to arm the Syrian Kurds, who they consider terrorists.

But the SDF made clear it is capable enough with the forces and support it already has.

"We do not want any other forces to participate with us," said Abdelqader.

"They can solve their problems in their own country," he said, in reference to Turkey.

The SDF also announced it would hand over the town to civilian administrators.

Earlier this week, the Trump administration said it would arm the Kurdish elements of the SDF. Ankara said the plan was "unacceptable" and a threat to its national security.

Turkey says the fighters are an extension of the outlawed Kurdistan Workers' Party, or PKK.

President Recep Tayyip Erdogan has promised to convince President Trump to reverse his administration's decision in a meeting between the two leaders at the White House next week.

Also Friday, a Pentagon spokesman, Navy Capt. Jeff Davis, said that although the U.S. has no indication of structural problems with the Tabqa dam, it is sending a "dam assessment team" to assess its condition "and ensure it continues operating." He said he had no details about the team's makeup.

Davis said that about 70 ISIS fighters "conceded to SDF terms, which included dismantling improvised explosive devices around the dam, surrendering all of its heavy weapons and forcing the withdrawal of all remaining fighters from Tabqa." He said, "The SDF accepted ISIS' surrender of the city to protect innocent civilians and to protect the Tabqa dam infrastructure."

He added that the U.S.-led coalition "tracked fleeing fighters and targeted those that could be safely hit without harming civilians."

Regarding the U.S. decision to arm Kurdish elements of the SDF, Davis said the arming has not yet begun. He also said that once it starts it will not be publicly acknowledged by the U.S.