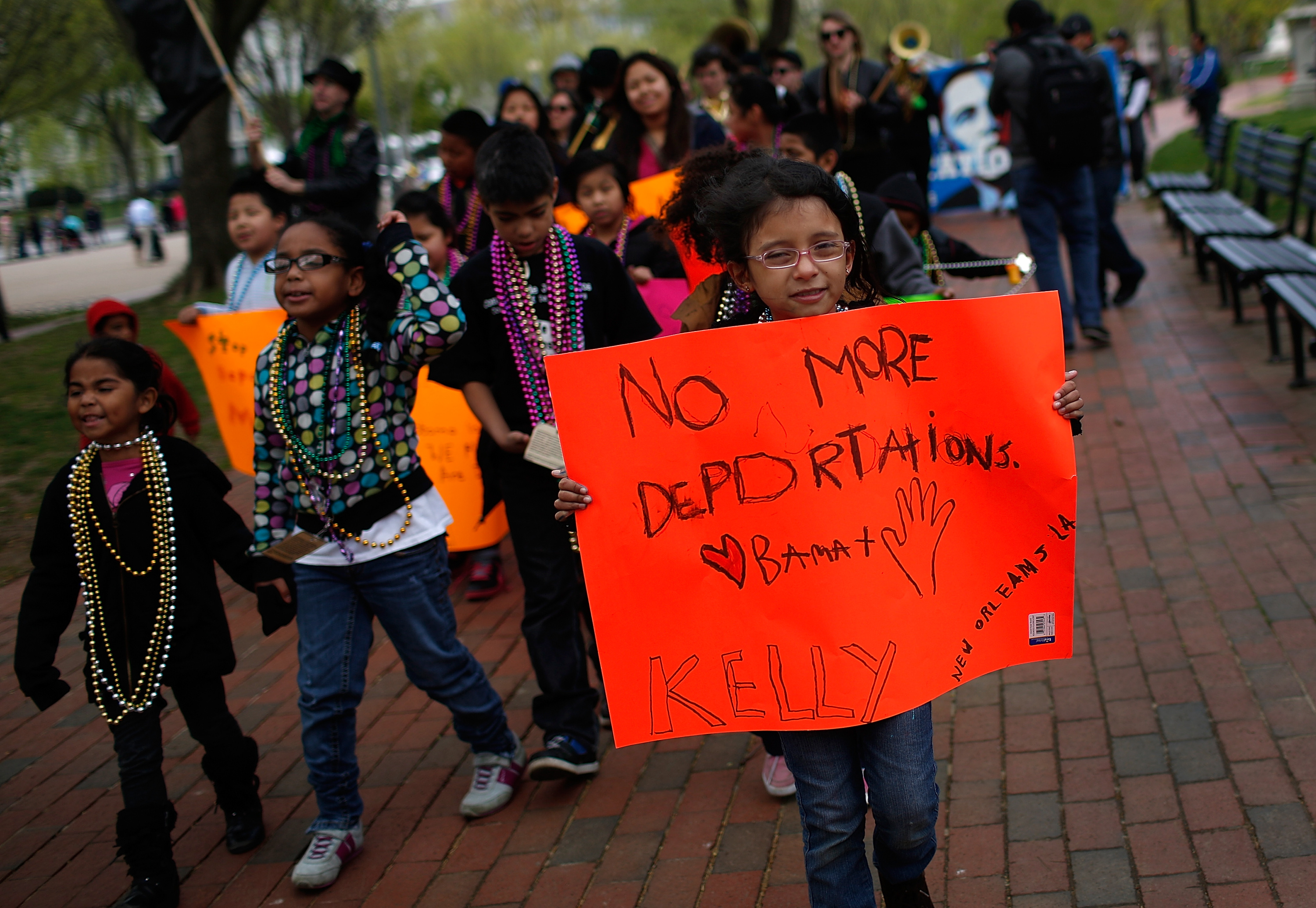 SAN JOSE, Costa Rica -- United Nations officials are pushing for many of the Central Americans fleeing to the U.S. to be treated as refugees displaced by armed conflict, a designation meant to increase pressure on the United States and Mexico to accept tens of thousands of people currently ineligible for asylum.

Officials with the U.N. High Commissioner for Refugees say they hope to see movement toward a regional agreement on that status Thursday when migration and interior department representatives from the U.S., Mexico, and Central America meet in Nicaragua. The group will discuss updating a 30-year-old declaration regarding the obligations nations have to aid refugees.

While such a resolution would lack any legal weight, the agency said it believes "the U.S. and Mexico should recognize that this is a refugee situation, which implies that they shouldn't be automatically sent to their home countries but rather receive international protection."

Most of the people widely considered to be refugees by the international community are fleeing more traditional political or ethnic conflicts like those in Syria or the Sudan. Central Americans would be among the first modern migrants considered refugees because they are fleeing violence and extortion at the hands of criminal gangs.

"They are leaving for some reason. Let's not send them back in a mechanical way, but rather evaluate the reasons they left their country," Fernando Protti, regional representative for the U.N. refugee agency, told The Associated Press.

Even though the agreement would not be legally binding on the countries that sign it, advocates say it would help create international consensus to help the migrants.

Those actions could include emergency aid and social services for internally displaced people inside Honduras, Guatemala and El Salvador.

While U.N.-backed refugee camps house tens of thousands of people who have fled conflicts around the world, they are not a practical solution to the Central American crisis, said Dr. David James Cantor, director of the Refugee Law Initiative at the University of London, who has been pushing for the recognition of violence as one of the main factors driving Central American migration.

"Somebody from El Salvador will fit in in Guatemala. I don't think we want to get on the route of isolating them," he said. "They're not in the middle of the Syrian desert where there's nobody to receive them."

The United States has seen a dramatic increase in the number of Central American migrants crossing into its territory, particularly children traveling without any adult guardian. More than 52,000 unaccompanied children have been apprehended since October. Three-fourths of them are from Honduras, Guatemala and El Salvador and most say they are fleeing pervasive gang violence and crushing poverty.

Both Congressional Republicans and the Obama administration have called for action to reverse the trend. Among other changes, the administration wants to end a 2008 law allowing child migrants to automatically appear before an immigration judge. Instead, Border Patrol agents could decide whether to deport them or allow them an additional hearing.

Asked Monday whether the Obama administration viewed the situation at the border as a refugee crisis, White House spokesman Josh Earnest said it was "a humanitarian situation that requires urgent attention."

The administration, he said, wanted to ensure child migrants were housed in "humane conditions" while authorities worked quickly to determine whether they should be allowed to remain in the U.S. If not, he said, the Homeland Security secretary should be allowed "to exercise his discretion about repatriating."

On Tuesday, the administration announced it is asking Congress for $3.7 billion to handle the influx of undocumented children crossing into the U.S. from Mexico. The funding would go to the Departments of Homeland Security, Justice and State and Health and Human Services. It would help ramp up the detainment and proper care of undocumented migrants, speed up their court cases, step up the prosecution of criminal networks involved, and improve foreign cooperation to address the root causes of the migration.

Many Congressional Republicans attribute the increased immigration to a failure to secure the border and recent immigration policy changes that led many to believe child migrants would be allowed to stay.

Many of the migrants, in fact, stay for years as their cases wend through overloaded migration courts. Those who say they are fleeing criminal violence generally are not eligible for political asylum, which is reserved for groups persecuted for their beliefs or identities. U.N. officials say there is no way of forcing the U.S. and Mexico to accept Central Americans as refugees, but a broad-based change in terminology could bring pressure on the two countries to do more.

"Unaccompanied children and families who fear for their lives and freedoms must not be forcibly returned without access to proper asylum procedures," UNHCR official Leslie Velez said in testimony submitted to the House Judiciary Committee late last month.

Immigration experts in the U.S. and Central America say the flow of migrants from Honduras and El Salvador is likely to rise as the two countries experience gang-related violence. Honduras, a primary transit point for U.S.-bound cocaine, has the world's highest homicide rate for a nation that is not at war. In El Salvador, the end of a truce between street gangs has led to a steep rise in homicides this year.

Violence by criminal organizations spread in recent decades after members of California street gangs were deported to Honduras, Guatemala and El Salvador, where they overwhelmed weak and corrupt police forces and seized control of large sections of the countries.

Salvadorans heading north through Mexico who were interviewed by The Associated Press last month said there also was fear of the "Sombra Negra," or "Black Shadow" - groups of masked men in civilian clothes who are believed responsible for extrajudicial killings of teens in gang-controlled neighborhoods. The Salvadoran government denies any involvement in death squads, but says it is investigating the reports.

In El Salvador, at least 135,000 people, or 2.1 percent of the population, have been forced to leave their homes, the vast majority due to gang extortion and violence, according to U.N. figures. That's more than twice the percentage displaced by Colombia's brutal civil war, the U.N. says.

Hondurans have been terrorized by a recent wave of attacks against churches, schools and buses.

During a recent visit to the U.S., Honduran President Juan Orlando Hernandez said migrants from his country were "displaced by war" and called on the United States to acknowledge that.