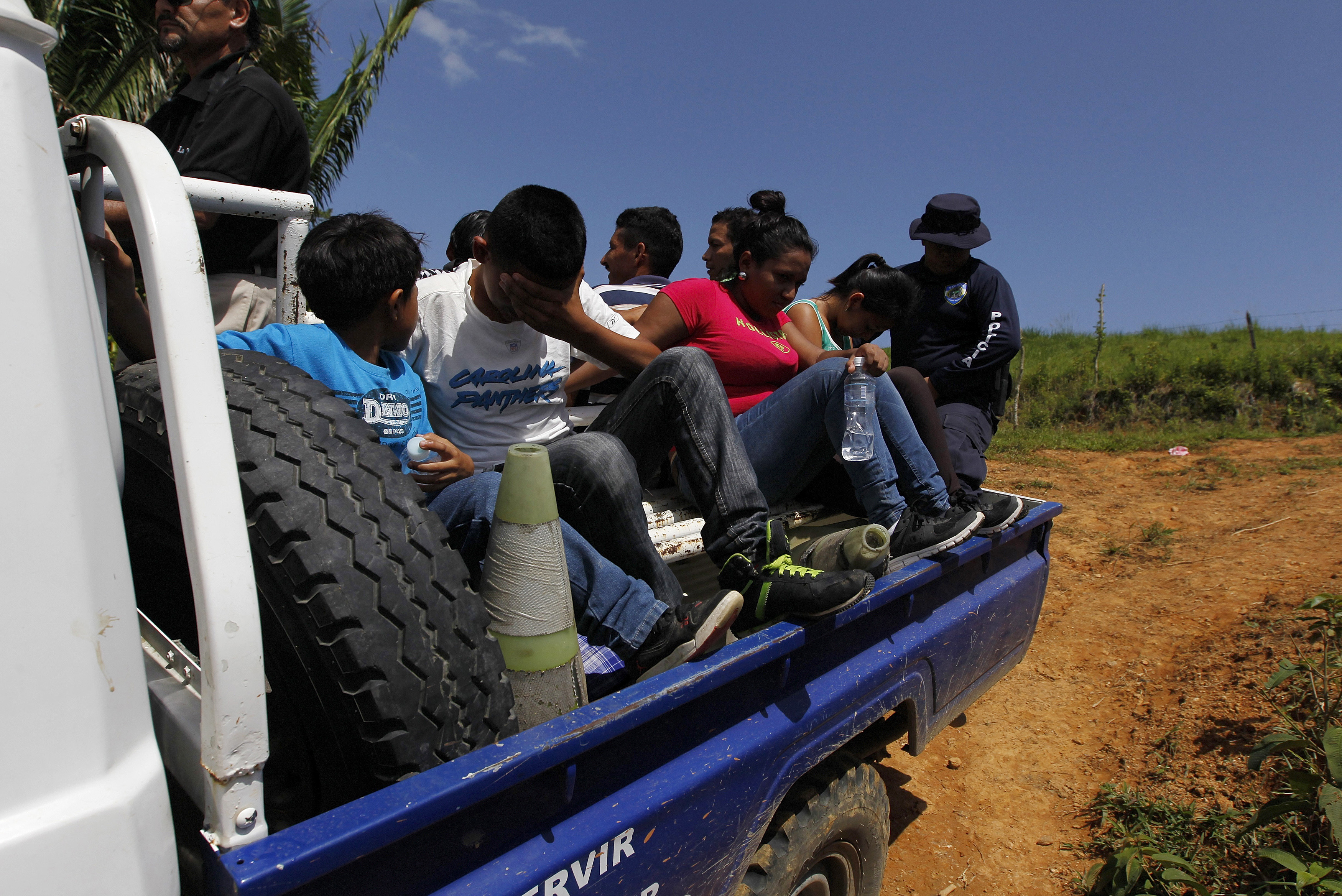 While lawmakers harp over potential military action to stem escalating sectarian bloodletting at the hands of an al Qaeda-inspired insurgency movement in Iraq and Syria, another issue on the national security front has surfaced after lurking for years in the bowels of U.S. foreign policy concerns: the staggering influx of undocumented minors at the U.S.-Mexico line.

Indeed, experts agree, Central Americans who are deluging the southern border with tens of thousands of their children are breeding not only a humanitarian crisis, but a serious national security threat to the United States.

"We should certainly consider this surge of drugs and weapons and, now, these kids, to be a national security issue," W. Ralph Basham - U.S. Customs and Border Protection (CBP) commissioner from 2006 to 2009 and now a founding partner of the Command Consulting Group - told CBS News.

Basham echoed recent comments from Marine Corps Gen. John Kelly, the head of the U.S. Southern Command who's headed to Guatemala this week with Homeland Security Secretary Jeh Johnson to talk to officials about the issue. Kelly argued that in the grand scheme of protecting the U.S. border, the resources allocated him have been unrealistically inadequate to curb the flow of migrants out of Central American countries like Honduras, Guatemala and El Salvador, where amid thriving crime and poverty, a growing number of parents have dispatched their children to the United States in a blind shot at a better future.

"In comparison to other global threats, the near collapse of societies in the hemisphere with the associated drug and [undocumented immigrant] flow are frequently viewed to be of low importance," Kelly told Defense One over the weekend.

"Many argue these threats are not existential and do not challenge our national security," he said. "I disagree."

This year, more than 52,000 unaccompanied minors and 39,000 adults with small children - the bulk of them hailing from Central America - have been apprehended at the U.S. southern border, according to the Department of Homeland Security. Federal law dictates that undocumented immigrant minors from countries other than Mexico must be detained ahead of their appearances in immigration court; meantime the United States is required to provide their health care and basic needs before releasing them to relatives or foster parents.

"It's a situation that really has reached crisis proportions," said Christopher Wilson, senior associate at the Mexico Institute of the Woodrow Wilson International Center for Scholars. "The vast increase in numbers of these migrants have outpaced the U.S. infrastructure and ability to process them. Now many, many children are in these detention centers, and the Department of Homeland Security is being forced to sort of push them into conditions that really aren't OK. The capacities of these facilities are just really overwhelmed."

But to classify such a migration surge as a significant danger to the United States, CBP Commissioner Gil Kerlikowske told ABC News on Sunday, is a stretch that dehumanizes the Central Americans who are looking for legitimate refuge.

"These are family members - these are not gang members, these are not dangerous individuals," he said. "I think that we all need to work through this problem together as Americans."

CBS News Senior National Security Analyst Juan Zarate made the case that the flood of young migrants has merely drawn attention to real national security threats that have bedeviled the United States for years.

"I don't think necessarily the surge of children should be seen as a national security threat," he said. "But without question it's shed some light on the growing strings of drug cartels, these criminal networks - things that administrations both current and prior have been trying to deal with."

In an election year fertile with opportunities for immigration debate, it's an issue rife with partisanship. Republicans have blamed President Obama's flaccid approach at securing the southern border, while members of both parties have faulted the GOP-led blockade of an immigration reform bill that would strengthen border security. Nearly everyone seems to agree that the children must be treated humanely and ultimately sent back to their home countries - but they butt heads on who's to blame.

Gov. Rick Perry, R-Texas, said he warned the administration as early as 2010 about the problem of minors showing up at the border, but his warnings fell on deaf ears: "I will tell you they either are inept or don't care, and that is my position," he told ABC's "This Week" Sunday. "I have to believe that when you do not respond in any way, that you are either inept, or you have some ulterior motive of which you are functioning from."

Perry charged earlier this week that the administration might even be complicit in encouraging those countries to send children north, and he doubled down on that criticism Sunday.

Rep. Raul Labrador, R-Idaho, told NBC's "Meet the Press" the American people were "frustrated" by the surge of undocumented immigrants because "they feel that this administration is doing nothing about border security."

The Homeland Security secretary defended the administration's response Sunday on NBC, blaming a misinformation campaign from smugglers for swelling the number of undocumented children bound for America, and saying the U.S. would eventually "stem the tide": "The criminal smuggling organizations, are putting out a lot of disinformation about supposed 'free passes' into this country that are going to expire at the end of May, at the end of June," Johnson said.

He pushed back on those who have blamed the smugglers' misinformation that the administration's "deferred action" program, which was signed in 2012 and allows the children of some illegal immigrants to remain in the U.S.

"The deferred action program is for kids who came to this country seven years ago," he explained. "It's not for anyone who comes to this country today, tomorrow or yesterday. And the legislation that the Senate passed, which provides for an earned path to citizenship, is for those who were in this country in 2011. It's not for those that are coming here today."

Still, as CPB scrambles to manage the incursion of Central American minors, Basham argued, its core purpose is becoming clouded.

"The challenge for has always been to protect the borders from all threats, which would include terrorists or drugs or illegal trafficking sorts of things," he said. "I think we're almost being distracted, somewhat... pulling resources away from these agencies' traditional mission to focus on these kids coming over the border.

"I personally think we should bring in additional resources to deal with this problem - these agents and their facilities - whether it's holding cells or more boots on the ground like they tried in the Bush administration," Basham continued.

Last week, Mr. Obama announced he was seeking more than $2 billion to field the migrant surge; a request widely seen as a welcome sign for overburdened border patrol agents and the workers caring for the underage immigrants once they cross the threshold into U.S. custody.

"It's just a very, very difficult situation," Basham said. "These parents to desperate measures to protect their children; they truly believe the United States is their safe haven, and they're willing to take that risk. The question is: Where, how do you balance that?"

"I think that unfortunately all the different risks at the [U.S.-Mexico] border are inflated into one risk that we call 'border security,' and we think there is one answer," he said. "But each one has its own set of solutions. It may be an immigration reform; boosting the capacity of the [Bureau of Alcohol, Tobacco, Firearms and Explosives] so they can better dismantle weapons trafficking networks in the United States; greater cooperation with the governments of Central America to deal with corruption and organized crime.

"...Do I think this problem could have been prevented had Congress done something about this immigration reform bill that's been sitting on the backburner? No," he went on. "Do I think this crisis would have been lesser if we had dealt years ago with the issues of organized crime with the governments of Central America? Yes, I do."