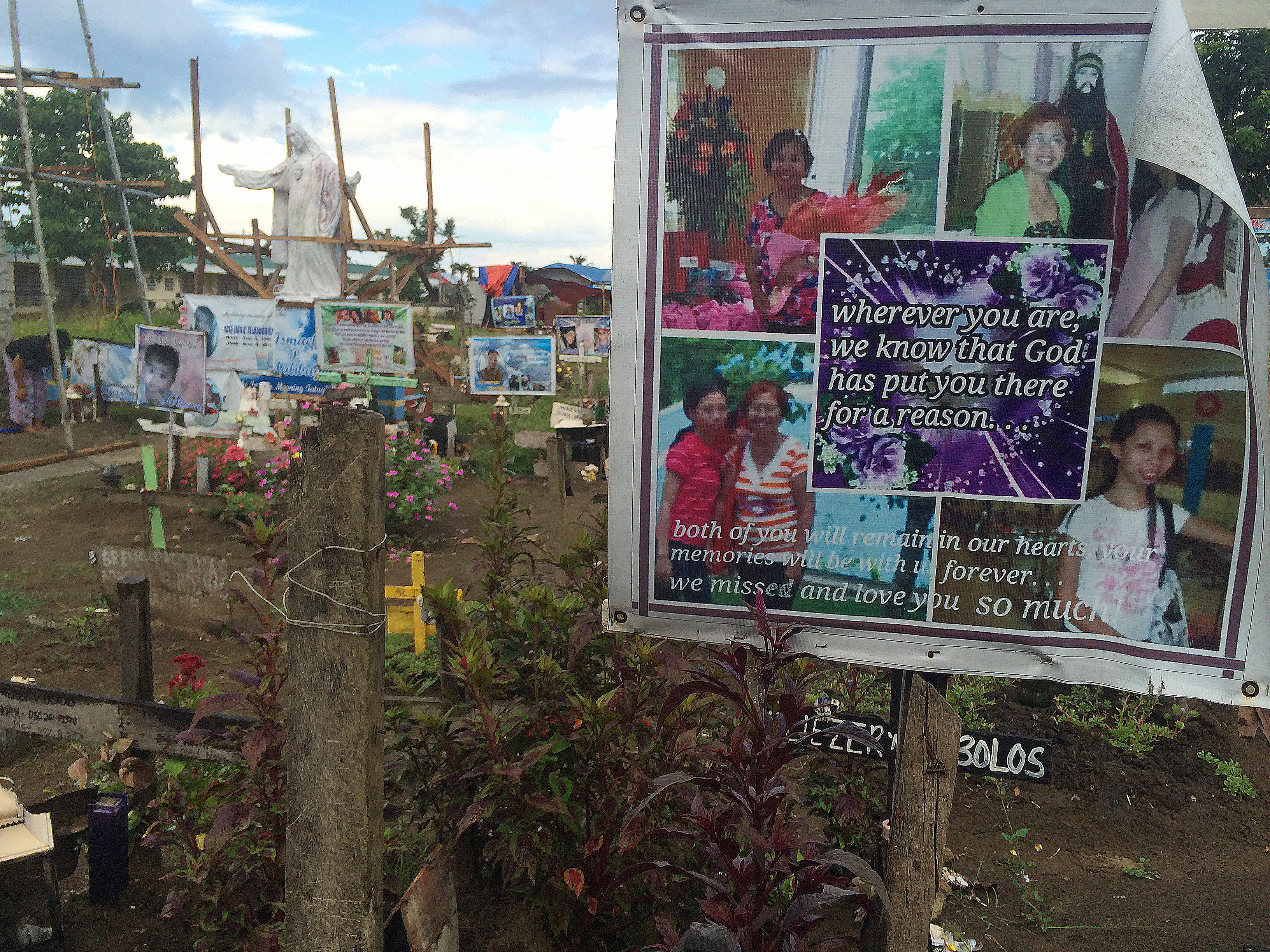 Typhoon Haiyan descended on the region like a giant whirlwind, scooping up objects big and small and blowing them in all directions. Where we were, at a beachfront hotel not far from hard-hit Tacloban City, ceilings caved in and metal sheets flew all around us. We had to duck, run and hide. We protected ourselves with mattresses and pillows; not that they would save us if the whole building crumbled (it felt like it would), but we did what we could with what was available.

And then came the water. It was like the ocean wanted to extend itself far into the country's land mass. In a matter of a few minutes, the raging water was several yards deep and, like a tsunami, slammed into the walls of our hotel. We were able to run up to the second floor, but we felt the ground softening beneath our feet. At that point, all we could do was pray.

The monster storm packed winds more than 185 miles per hour as it made landfall, a clear Category 5, and was one of the most powerful ever recorded. That was clear to us as we endured its onslaught and held on to our lives for hours. Eventually it passed.

We were grateful to have survived, but there was no denying the death and destruction that overwhelmed our nation, which is no stranger to natural disasters.

We walked miles to downtown Tacloban, weaving our way through toppled power lines, fallen trees and bodies. Every few steps, we almost stepped on bodies. There were arms sticking out and legs dangling on windows; the stench of death was almost unbearable. Many who survived were left with almost nothing; no house, no food, no water. There was just rubble.

Little wonder, then, that over the next 24 hours shock and grief turned to desperation, and chaos. People stormed grocery stores, warehouses and even an entire shopping mall. I saw men carrying off case after case of soda and beer, television sets, computers and, of course, food. Rising criminality caused fear, and fear drove thousands of people away from Tacloban.

Today, many of them are back. In downtown Tacloban, there is almost no trace of what happened a year ago. Basic services have long been restored and businesses are back in full swing.

But you don't have to go far to see that there's a lot more work to do. Just on the edge of the city, along the shoreline, entire fishing communities still live in makeshift tents. Residents tell me that when the sun is up, it's hot as an oven. When it rains, water drips in. When it pours the tents shake violently, and they are inevitably reminded of Haiyan.

Their biggest fear is that the ocean -- just a few yards away -- will once again surge into their homes. The storm surge is believed to have caused most of the super typhoon's casualties. If the government was strictly following its own 40-yard no-build rule, all these dwellings would be long gone.

But former Senator Panfilo Lacson, the man tasked with overseeing rebuilding and rehabilitation efforts, tells CBS News that implementing the no-build zone may not be as simple as people think. He says it may not even protect people as much as hoped, as even areas far away from the sea could be vulnerable to other hazards such as landslides and volcanic eruption.

The region's geography has made it incredibly difficult to find relocation sites, so one year on, some 25,000 families still live in tents and thousands more have rebuilt their homes dangerously along the coast.

Even where families have been moved to temporary shelters, it hasn't been without controversy. When the emergency shelters were first handed over, they were small and flimsy and didn't meet international quality standards.

According to Lacson, $19,000 was allocated for each bunkhouse unit. But upon investigation, the value of each unit was found to be only $11,300. The rest of the money would likely have been pocketed by unscrupulous officials or contractors had the anomaly not been uncovered. Renovations have been made since and the United Nations says the shelters are now acceptable.

Despite this, survivors, the local media and the general public continue to question the government's response, in particular the speed of rebuilding and rehabilitation efforts.

The master plan was approved just a few weeks ago by President Benigno Aquino. Again, Lacson defended the government, saying it usually takes one year to get to the rehabilitation phase; the Philippines was ahead of the internationally-accepted timetable, he argued.

Regardless, the survivors of Typhoon Haiyan have shown resilience which has gained them the admiration of the world. And where government assistance isn't available, people have been relying on themselves. They've found work where they can, farmed whatever land is left, and gone back to fishing in the sea.

Then there's the aid that has poured in from all around the world; the silver lining in this otherwise complete human tragedy.

In a world so divided, it's comforting to know that all countries can still come together in the face of one nation's adversity.