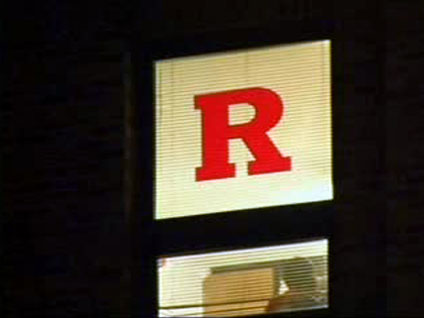 NEW YORK (CBS/WCBS) Authorities believe a Rutgers University student committed suicide after he was allegedly the victim of a sex tape that was secretly filmed by two other freshman-year students.

The victim is believed to have jumped off the George Washington Bridge Thursday, reports local news station WPIX. Officials apparently found the victim's car near the bridge with his cell phone and computer inside. His identity is not being released.

Dharun Ravi and Molly W. Wei, both 18-years-old, were each charged with two counts of invasion of privacy Tuesday for allegedly placing a camera in another student's dorm room without the student's consent and broadcasting a sexual encounter over the Internet.

According to Middlesex County prosecutors, the pair transmitted a live image of another 18-year-old student on two separate occasions earlier this month, according to CBS affiliate WCBS.

Under New Jersey's privacy law it is a crime to transmit or even view images that depict nudity or sexual contact with an individual without that person's consent, reports WCBS. Collecting or viewing sexual images without consent is a fourth-degree crime. Transmitting them is a third-degree crime with a maximum prison sentence of five years.

Rutgers would not comment, but issued a statement saying: "The University takes this matter seriously and has policies in place to deal with this type of student behavior."

Both Ravi and Wei could face up to five years in prison if convicted.