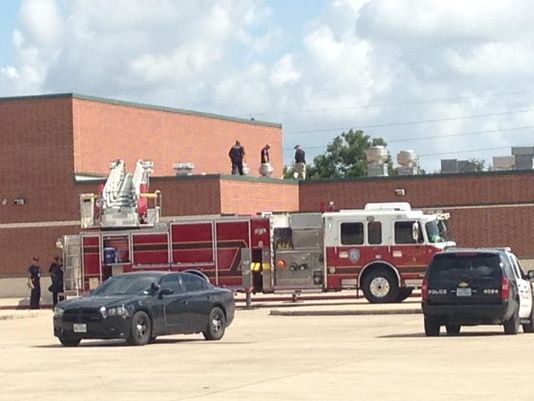 The Fort Bend County Sheriff's Office responded to calls about shots being fired off the roof of Velasquez Elementary School at around 8 a.m. Two adult men - one in his 30s and the other in his 20s - were taken into custody, the sheriff's office said in a statement.

A handgun and shell casings were recovered at the scene and holes were found in some of the rooftop equipment.

One of the men was playing bagpipes on the roof, police said.