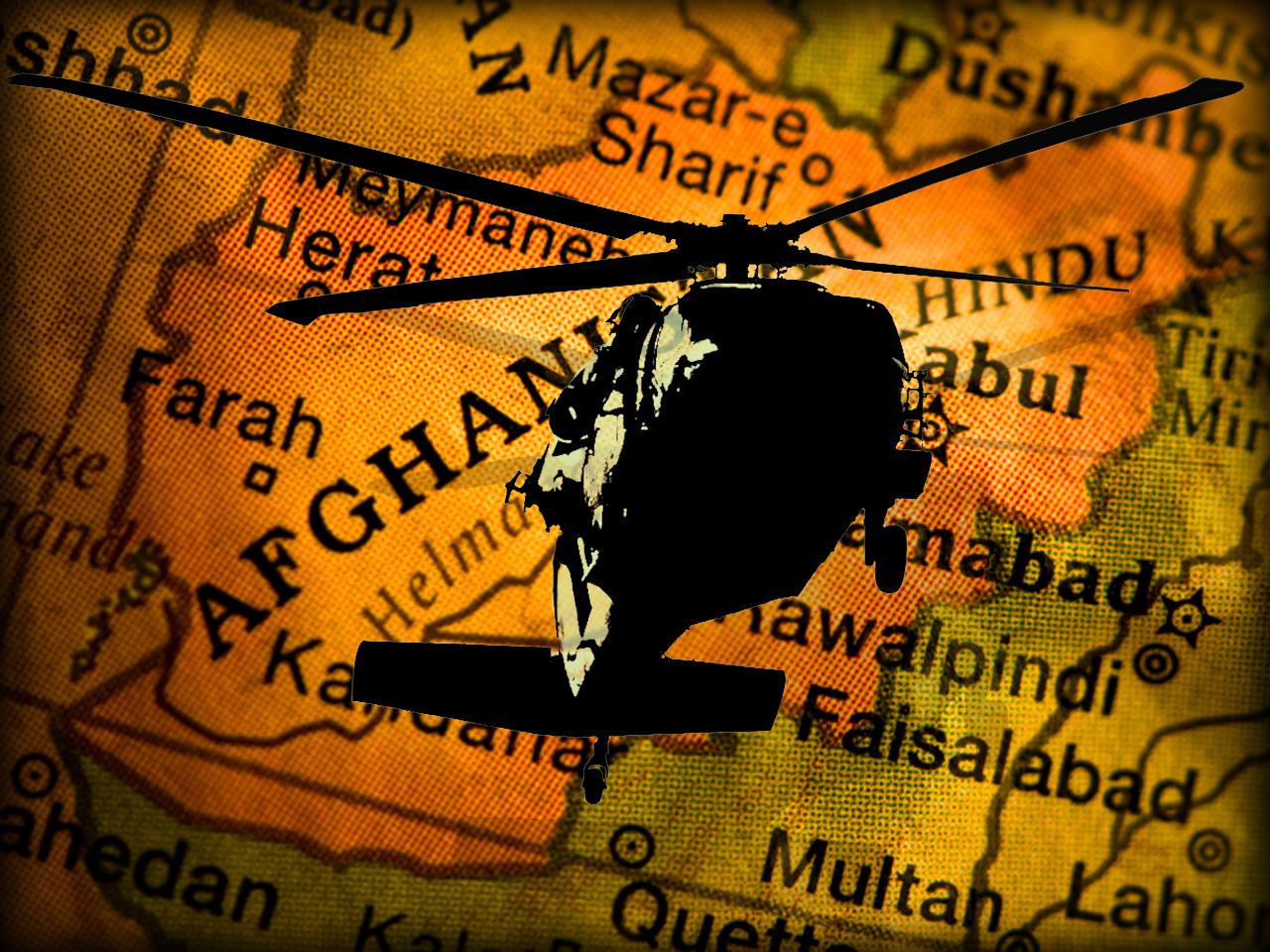 The U.S.-led International Security Assistance Force said the cause of the crash is under investigation but initial reporting indicates there was no enemy activity in the area at the time.

It did not immediately identify the nationalities of those killed. U.S. military spokesperson Col. Thomas Collins identified to two victims as Americans.

The deaths raised to nine the number of Americans, including three civilians, killed in Afghanistan so far this month.

A local official, Mir Baz Khan, said the helicopter crashed in an agricultural field in the Pachir Wagam district in Nangarhar province.

Shir Azam, a teacher who lives in a village near the site, said he heard a loud explosion, then saw the helicopter in flames as it plunged to the ground.

Then, he said, more helicopters came and American troops sealed off the site. He also said he heard nothing to indicate any shooting before the crash.

Americans and other foreign troops rely heavily on helicopters and other aircraft for transportation and to avoid roadside bombs and other dangers on the ground in the mountainous country.

The deaths raised to at least 25 the number of American troops killed this year, according to an Associated Press tally.

With three weeks to go, April has already proven to be the deadliest month this year for Afghans and foreigners serving in the country, an ominous sign as the annual fighting season gets underway with improved weather. Fighting usually abates during the country's harsh winter season.

A roadside bomb also killed three civilians and wounded three others as they were driving in Nawa district of Helmand province in southern Afghanistan, according to provincial government spokesman Mohammad Omer Zawak.

The violence comes as U.S. and other foreign combat troops increasingly hand over security responsibilities to Afghan forces as they prepare to withdraw by the end of 2014.

The British Ministry of Defense said Tuesday that the last commando group of Royal Marines to serve in Afghanistan was returning home after more than a decade in the country.