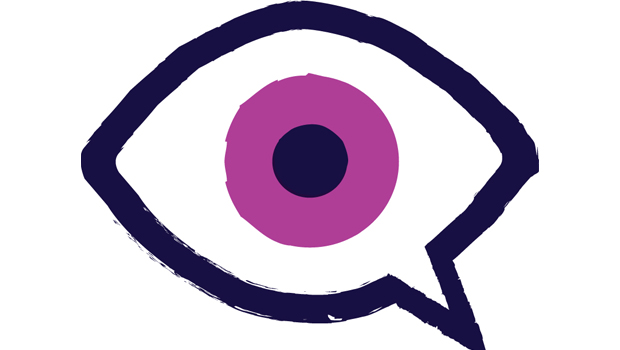 An eye-catching emoji designed to help expose and stop cyberbullying could soon be popping up in your Twitter feed.

The emoji -- a purple and black eye inside a text bubble -- is part of "I Am a Witness," an anti-bullying campaign from Ad Council, a nonprofit that produces public service messages. It was first rolled out this fall to Apple users who downloaded the iOS 9.1 update.

And starting today, the emoji's reach expands even further, as the council launches a new custom version of it through Twitter. Whenever a user's tweet includes the hashtag #IAmAWitness, the emoji will automatically appear.

The idea behind the campaign is to give teens and other Twitter users the opportunity to publicly take a stand against bullying. In the short time that it has been available to smartphone users through Apple's App Store and Google Play, the emoji has been widely dispersed. In a little over a month, its sponsors say the campaign has seen more than 600 million online impressions, 10 million video views on YouTube, and 56,000 uses of the phone keyboard emoji.

"I think the reception has been huge," Heidi Arthur, senior vice president and group campaign director at the Ad Council, told CBS News. "The very reason why it is so successful is that it reaches kids where they are."

To help spread its reach as far as possible, the campaign is partnering with a wide range of celebrities familiar to teens, including YouTube stars the Fine Bros. and Glozell Green and anti-bullying activist Lizzie Velasquez. These spokespeople will take to Twitter and their other social media networks to promote the campaign. Similarly, the campaign has a relationship with a wide range of companies and platforms -- from Buzzfeed and Instagram to groups like PACER's National Bullying Prevention Center and The Trevor Project -- to get the message out.

"I Am a Witness" was developed, pro bono, by the Ad Council and Goodby, Silverstein & Partners in collaboration with Adobe, Apple, Facebook, Google, YouTube, Johnson & Johnson, and Twitter. Arthur said that it took roughly nine months of development for the campaign to be finalized.

"They (Twitter) were very much a part of the creation of the campaign, they saw the power of bringing this tool to the hands of teens," Arthur said. "We expect Twitter to continue to be a very committed partner like all of our other partners."

While it might be difficult to imagine something as innocuous as an emoji having much of an effect, Arthur stressed that the campaign empowers teens to be proactive in speaking up if they see evidence of online bullying.

"I love for kids to feel empowered. I love for this to be a symbol, where kids can say 'I saw bullying and here's what I did with it,'" Arthur said. "If they see content that is horrible or unjust, they can offer a warm hand and reach out to a friend who feels so alone and isolated. It can be a universal symbol."