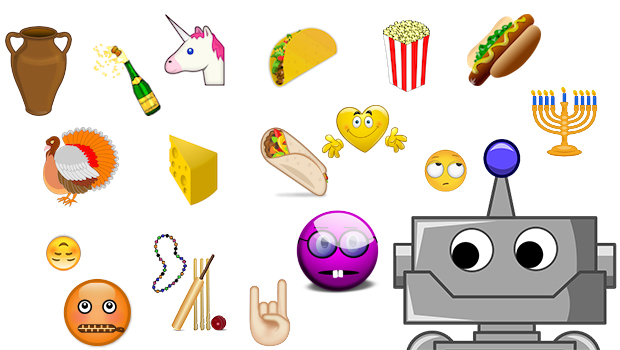 It's World Emoji Day, the day when the world celebrates those little digital pictograms that say what we want in a way that words can't.

World Emoji Day was created by Jeremy Burge, founder of Emojipedia, a source of all things emoji. It falls on July 17, the date depicted on the Apple calendar emoji, representing the day the company launched iCal.

This year, the emoji-loving world can revel in the addition of 41 new pictures, including five that act as color modifiers to increase the racial diversity among emoji characters.

Among the new images released last month by the Unicode Consortium, which encodes and standardizes emoji figures, the most commonly requested (according to Emojipedia) were:

Other new ones include a cricket bat and ball, a menorah, prayer beads, an upside down face, and SciTech's personal favorite, a robot face. If you're an emoji fan, you might throw up a brand new pair of devil horns (aka the "Rock On" emoji). If not, you might want to use the new eye-rolling face emoji -- just this one time: