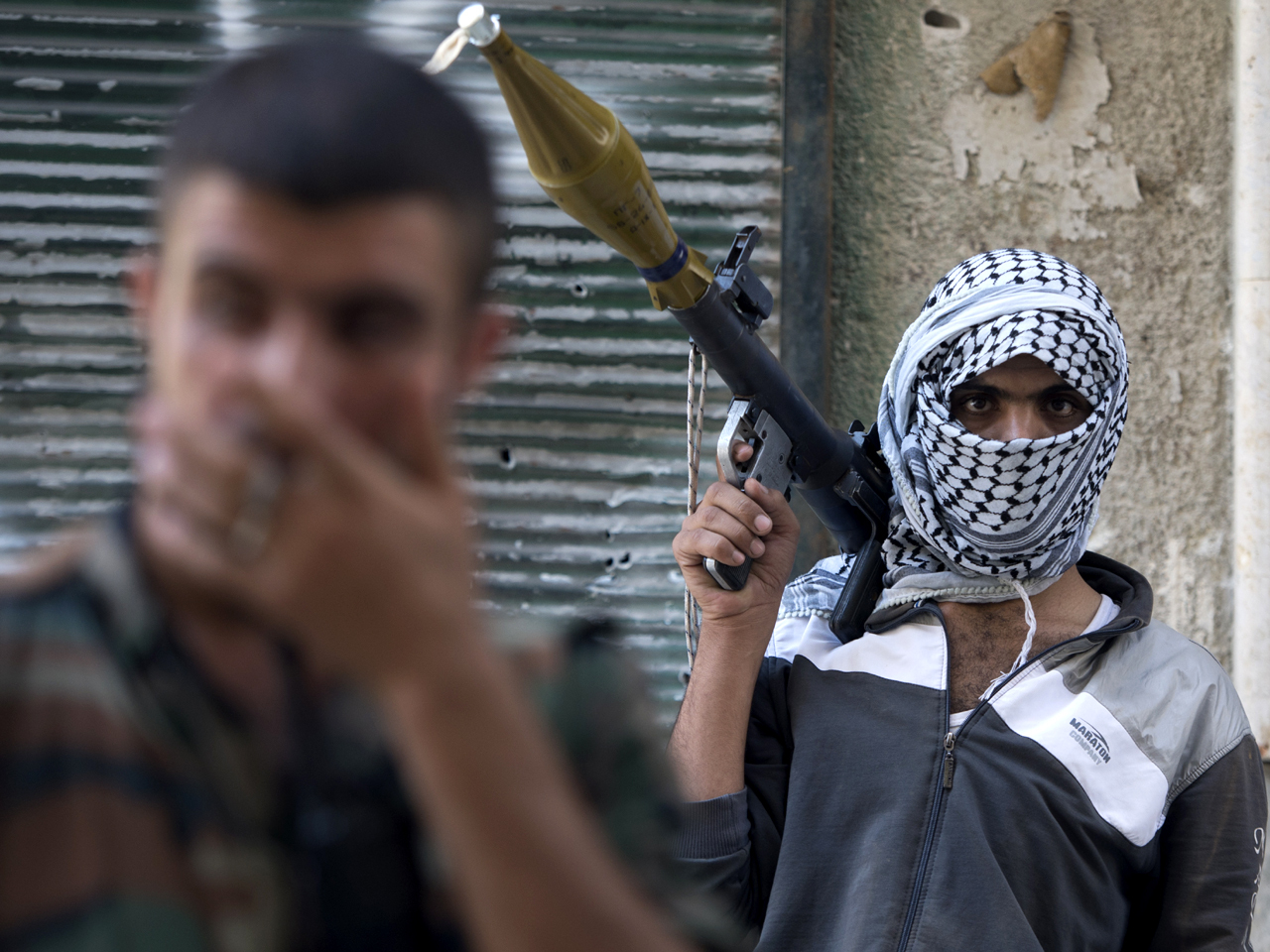 (CBS/AP) UNITED NATIONS - Democratic uprisings across the Arab world and the Palestinians' bid for U.N. membership sparked excitement and hope at last year's meeting of world leaders. But with war raging in Syria, the Palestinian application sidelined, and deadly protests generated by an anti-Islamic video, the mood as this year's U.N. gathering begins is one of disappointment and frustration.

More than 120 presidents, prime ministers and monarchs meeting this week under heavy security at the U.N. General Assembly and in sideline events will also be preoccupied by rising tension over Iran's nuclear program and the possibility of an Israeli strike against Tehran's nuclear facilities, al Qaeda's inroads in the Sahel region of west Africa, especially in Mali, and the first decline in years in international aid to help developing countries combat poverty.

Secretary-General Ban Ki-moon predicted that the ministerial session, which starts Tuesday, will be among the busiest ever, reflecting "the tumultuous time in which we live — a time of turmoil and transition." It is also taking place "against a backdrop of widespread violence linked to intolerance," he said.

Ahmadinejad: Israeli threats not serious
What to expect from the U.N. General Assembly
Obama, Romney's dueling speeches on world stage

Ahead of the opening ministerial session, which President Obama will address, the U.N. chief has invited leaders to the first high-level meeting on the rule of law on Monday, hoping they "will send a strong signal to the world's people that they are serious about establishing well-functioning institutions and delivering justice."

Diplomats aren't expecting any breakthroughs on the deadlock over Syria, which Ban said "will be foremost in our minds," despite a number of sideline meetings starting Monday when the new U.N.-Arab League envoy Lakhdar Brahimi briefs the U.N. Security Council behind closed doors on his recent talks with Syrian President Bashar Assad and other leaders in the region.

"To increase pressure and to increase the isolation of the regime of Assad is one of the goals of this week," Germany's Foreign Minister Guido Westerwelle told reporters Sunday.

The Syrian conflict has bitterly divided the most powerful members of the Security Council, paralyzing the only U.N. body that can impose global sanctions and authorize military action. Russia, Syria's key protector, and China, have vetoed three Western-backed resolutions aimed at pressuring Assad to stop the violence and start political talks with opponents of his family's 40-year dictatorship who began demonstrating against his regime 18 months ago.

Germany's U.N. Ambassador Peter Wittig, the current Security Council president, said "change in the Arab world" will be uppermost in the minds of the leaders — as was the case at last year's session.

Egypt's President Mohammed Morsi, an Islamist who was sworn in on June 30 after the first democratic elections in the country's modern history, will be addressing the 193-member assembly for the first time on Wednesday. So too will Yemen's President Abed Rabbo Mansour Hadi, who took office in February following more than a year of political turmoil and is now trying to steer the country's transition to democracy.

Last year, Palestinian leader Mahmoud Abbas stole the spotlight with his submission of an application for Palestine to become the 194th member state of the United Nations. The United States, Israel's closest ally, made clear that it would veto any application until the Palestinians and Israelis negotiate an end to their decades-long conflict.

So Abbas is expected to come to the General Assembly on Thursday with a more modest proposal — to upgrade Palestine's current status as a U.N. observer to a non-member observer state — but likely putting off the date for submission of a resolution to the assembly, where there are no vetoes, until after the U.S. presidential election in November.

The Palestinians expect overwhelming support from the assembly for the enhanced U.N. status, which they hope will give broad international legitimacy to the pre-1967 lines as Palestine's border and grant them access to U.N. agencies and possibly the International Criminal Court.

With no sign of an end to the Security Council's paralysis over Syria, Wittig said Germany chose to focus the council's ministerial session Wednesday on something new and positive in the Mideast — "the emergence of the Arab League as a regional actor that has proved to be essential for conflict resolution."

The 21-member Arab League has shaken off decades of near total submission to the will of the region's leaders and is seeking to transform itself following the seismic changes brought about by the Arab Spring. The league has supported the rebels who ousted Libyan leader Muammar Qaddafi and suspended Syria in response to Assad's brutal crackdown against his opponents.

"This organization is promoting the values that the United Nations is standing for — human rights, rule of law, democracy, pluralism," the fight against corruption and promoting economic opportunity, Wittig said.

Another issue looming large over the ministerial session is Iran's nuclear program, with Israeli Prime Minister Benjamin Netanyahu convinced that the Iranians are close to developing a nuclear weapon — which Tehran vehemently denies.

Iranian President Mahmoud Ahmadinejad, who will step down next year, makes his final speech to the General Assembly on Wednesday. Netanyahu speaks on Thursday, before a closed-door meeting of senior diplomats, and possibly ministers, from the six countries trying to rein in Iran's nuclear ambitions — the U.S., Russia, China, Britain, France and Germany.

On Monday, Ahmadinejad told reporters ahead of the session that his country doesn't take threats from Israel seriously and is "ready" to defend itself, the Reuters news agency reported.

"Fundamentally we do not take seriously the threats of the Zionists ... we have all the defensive means at our disposal and we are ready to defend ourselves," Ahmadinejad told reporters, Reuters reports.

"While we are fully ready to defend ourselves, we do not take such threats seriously," he said, according to Reuters.

The U.N. chief also raised the potentially harmful consequences of inflammatory rhetoric "from various countries in the Middle East" and "the grave regional implications of the worsening situation in Syria and underlined the devastating humanitarian impact," Nesirky said.

Ekmeleddin Ihsanoglu, secretary general of the Organization of Islamic Cooperation, said the U.S.-produced film denigrating the Prophet Muhammad will be at the top of the agenda of a ministerial meeting of its 57 members on the sidelines of the assembly. He said the international community needs to unite behind action to implement international law which warns against any advocacy of religious hatred that constitutes incitement to discrimination, aggression or violence.

There will also be sessions to promote the achievement of U.N. anti-poverty goals by 2015, sustainable energy and an end to polio.