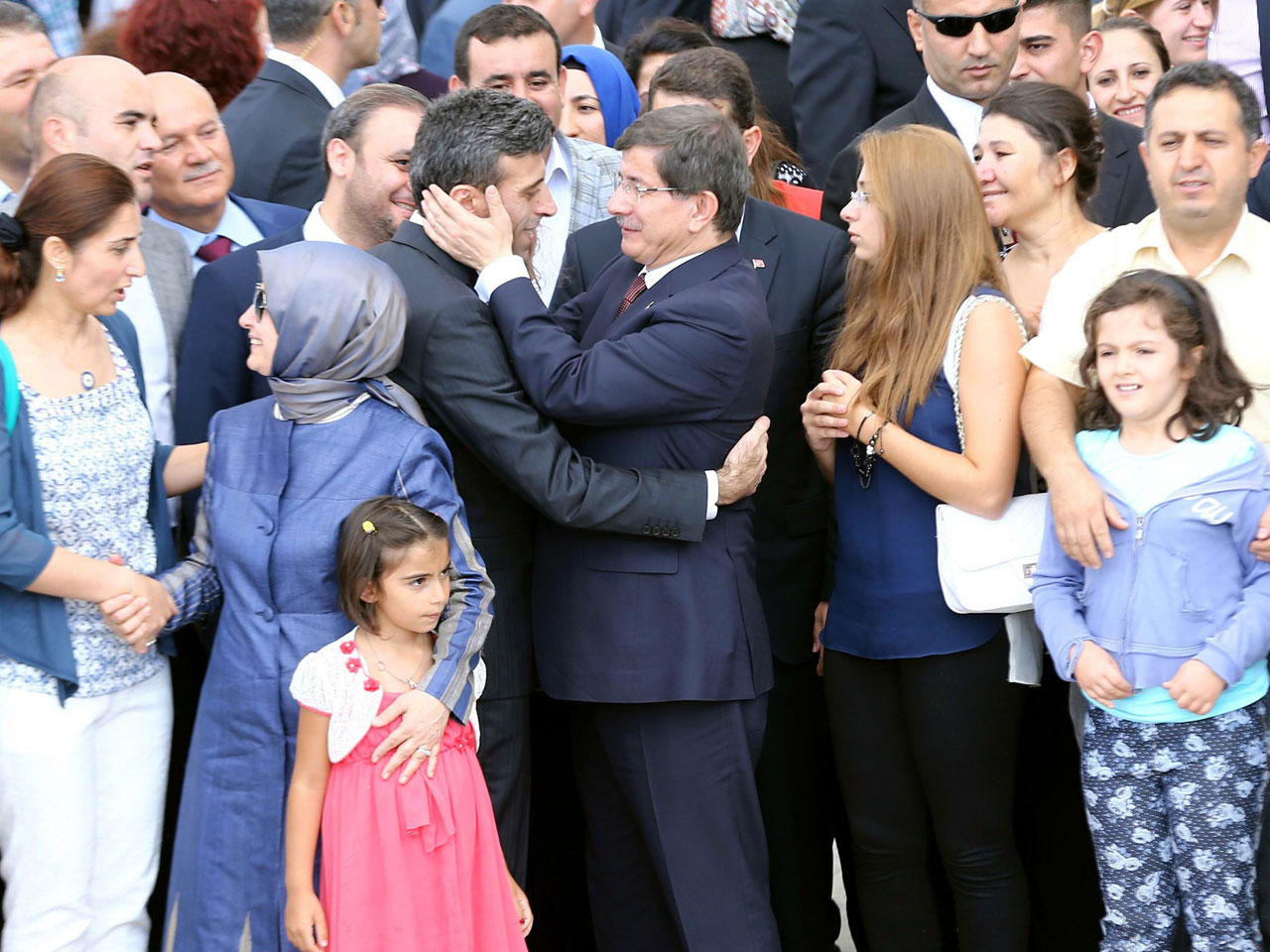 ANKARA, Turkey - Turkish President Recep Tayyip Erdogan said his government will not reveal details of a covert operation that ensured the release of 49 people held hostage by the Islamic State of Iraq and Syria.

The hostages - 46 Turks and three Iraqis - were seized in Mosul, Iraq when militants overran the city in June. They were released and returned to Turkey on Saturday.

Turkey said no ransom was paid and no promises were made but it remains unclear why the Islamic State of Iraq and Syria (ISIS, also known as ISIL) agreed to let them go.

Erdogan was addressing some of the hostages and their families on Sunday, said: "There are things we cannot talk about. To run the state is not like running a grocery store. We have to protect sensitive issues, if you don't there would be a price to pay."

Turkish authorities said they have freed the hostages from one of the world's most ruthless militant groups without firing a shot, paying a ransom or offering a quid pro quo.

But as the well-dressed men and women captured by ISIS more than three months ago clasped their families Saturday on the tarmac of the Turkish capital's airport, experts had doubts about the government's story.

The official explanation "sounds a bit too good to be true," said Sinan Ulgen, a former Turkish diplomat who chairs the Istanbul-based Centre for Economics and Foreign Policy Studies. "There are some very legitimate and unanswered questions about how this happened."

The U.S. and U.K. are among the few governments that maintain they will not pay ransom or negotiate with terrorist groups for hostages. The family and friends of one of two American journalists executed by ISIS, Steven Sotloff, told CBS News they tried to negotiate directly for his release, but were blocked repeatedly by Obama administration officials.

Much of ISIS' funding is coming from extortion and "multiple kidnappings for ransom," a counterterrorism source told CBS News.

"They relish in their ability to negotiate with us," he said. "It makes them look like heroes throughout the Middle East.

The hostages - whose number included two small children - were seized from the Turkish Consulate in the northern Iraqi city of Mosul after ISIS overran the city on June 11. How they traveled from Mosul to Turkey and why the ISIS would relinquish such a useful bargaining chip remained unclear.

"I think it's fair to say that we haven't been told the full story," said Aaron Stein, an associate fellow at the London-based Royal United Services Institute who has studied Turkey's security policy.

Turkey has been hit hard by the rise of ISIS and the ongoing civil war in Syria. There has been a steady stream of refugees across the border, and now the U.N. refugee agency says some 70,000 Syrians have crossed into Turkey in the past 24 hours.

CBS News correspondent Holly Williams reports that for three years, the Turkish government has allowed fighters to stream across its borders into Syria, driven by its desire to topple Syria's dictator, Bashar Al-Assad.

Many militants have been treated in Turkish hospitals, and set up safe houses in Turkish border towns. Hursit Gunes, a member of Turkey's opposition, claims his government has allowed ISIS to flourish because it prefers the group to the Syrian regime.

He even accuses the Turkish authorities of ignoring the militants' lucrative oil smuggling business on Turkey's border.

A Turkish government official told CBS News 6,000 foreigners are now banned from Turkey because of fears they could slip across the border to fight with ISIS in Syria or Iraq. But he also said that Turkey has a 500-mile-long border with Syria, and it's simply impossible to stop everyone who wants to join the cause of the Islamic extremists.