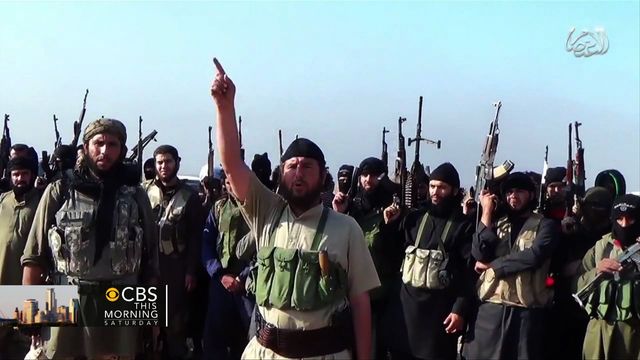 ANKARA, Turkey - Turkish authorities say they have freed 49 hostages from one of the world's most ruthless militant groups without firing a shot, paying a ransom or offering a quid pro quo.

But as the well-dressed men and women captured by the Islamic State of Iraq and Syria, or ISIS, more than three months ago clasped their families Saturday on the tarmac of the Turkish capital's airport, experts had doubts about the government's story.

The official explanation "sounds a bit too good to be true," said Sinan Ulgen, a former Turkish diplomat who chairs the Istanbul-based Centre for Economics and Foreign Policy Studies. "There are some very legitimate and unanswered questions about how this happened."

The hostages - whose number included two small children - were seized from the Turkish Consulate in the northern Iraqi city of Mosul after ISIS overran the city on June 11. How they traveled from Mosul to Turkey and why the ISIS would relinquish such a useful bargaining chip remained unclear.

"I think it's fair to say that we haven't been told the full story," said Aaron Stein, an associate fellow at the London-based Royal United Services Institute who has studied Turkey's security policy.

Turkish leaders gave only the broadest outlines of their rescue Saturday. Prime Minister Ahmet Davutoglu said the hostages' release was the work of the country's intelligence agency rather than a special forces operation.

"After intense efforts that lasted days and weeks, in the early hours our citizens were handed over to us and we brought them back," Davutoglu said.

One former hostage, Alptekin Esirgun, told the state-run Anadolou Agency that militants held a gun to Consul General Ozturk Yilmaz's head and tried to force him to make a statement.

Yilmaz told NTV television late Saturday that the hostages were forced to watch videos of the beheadings of other hostages. Two U.S. journalists and a British aid worker were recently beheaded by ISIS.

"They liked to demoralize hostages," Yilmaz said, adding that although his group was not subjected to any physical violence, it was threatened with violence.

Yilmaz said he had a telephone that he dismantled and kept hidden from his captors, but he did not elaborate on how that may have helped the rescue.

Another former hostage, Alparslan Yel, said the Islamic militants "treated us a little better because we are Muslims. But we weren't that comfortable. There was a war going on."

Davutoglu was the star of the homecoming ceremony Saturday, flying the hostages back to Ankara and delivering an impassioned address to the crowd. Families rushed to the aircraft to greet their returning loved ones. The ex-hostages emerged wearing clean dresses and suits and showed little sign of having been held captive by fanatical militants for more than three months.

The joyous reunion at the airport came as an enormous relief after the earlier beheadings, which briefly reignited a debate over whether the U.S. or British government should pay ransoms.

Anadolu reported that Turkey had paid no ransom and "no conditions were accepted in return for their release," although it didn't cite any source for its reporting.

The news agency said the hostages had been held at eight separate addresses in Mosul and their whereabouts were monitored by drones and other means.

The Iraqi government said it had no information about the rescue.

Turkey had been reluctant to join a coalition to defeat the militant group, citing the safety of its 49 kidnapped citizens, but it was unclear that the release of the hostages would change Turkey's policy toward the militants.

Stein said he doubted that Turkey would suddenly adopt a much more muscular attitude toward the militants.

"There will some changes, but not as much as people hope," he said.

In Washington, one U.S. official said Saturday that while the Obama administration was pleased with Turkey's contributions so far, it hoped that the change in circumstances of the hostages would allow Turkey to take on a more robust role. The official was not authorized to speak publicly about diplomatic matters.

The successful operation was likely to prove a boon to Turkey's government. Davutoglu, flanked by Yilmaz and others, made sure to highlight Turkey's success and blast the political opposition as he thanked the "nameless heroes" involved in the release.

Devlet Bahceli, leader of Turkey's opposition nationalist party, warned that any promises made by the Turkish government to the militants would eventually come out.

"Praise God, the 101-day circle of oppression and torment has ended," he said. "However, what kind of bargaining was made with ISIL, what was promised in return for our citizens' freedom remains a mystery. What went on behind the scenes during the negotiations certainly won't remain a secret."