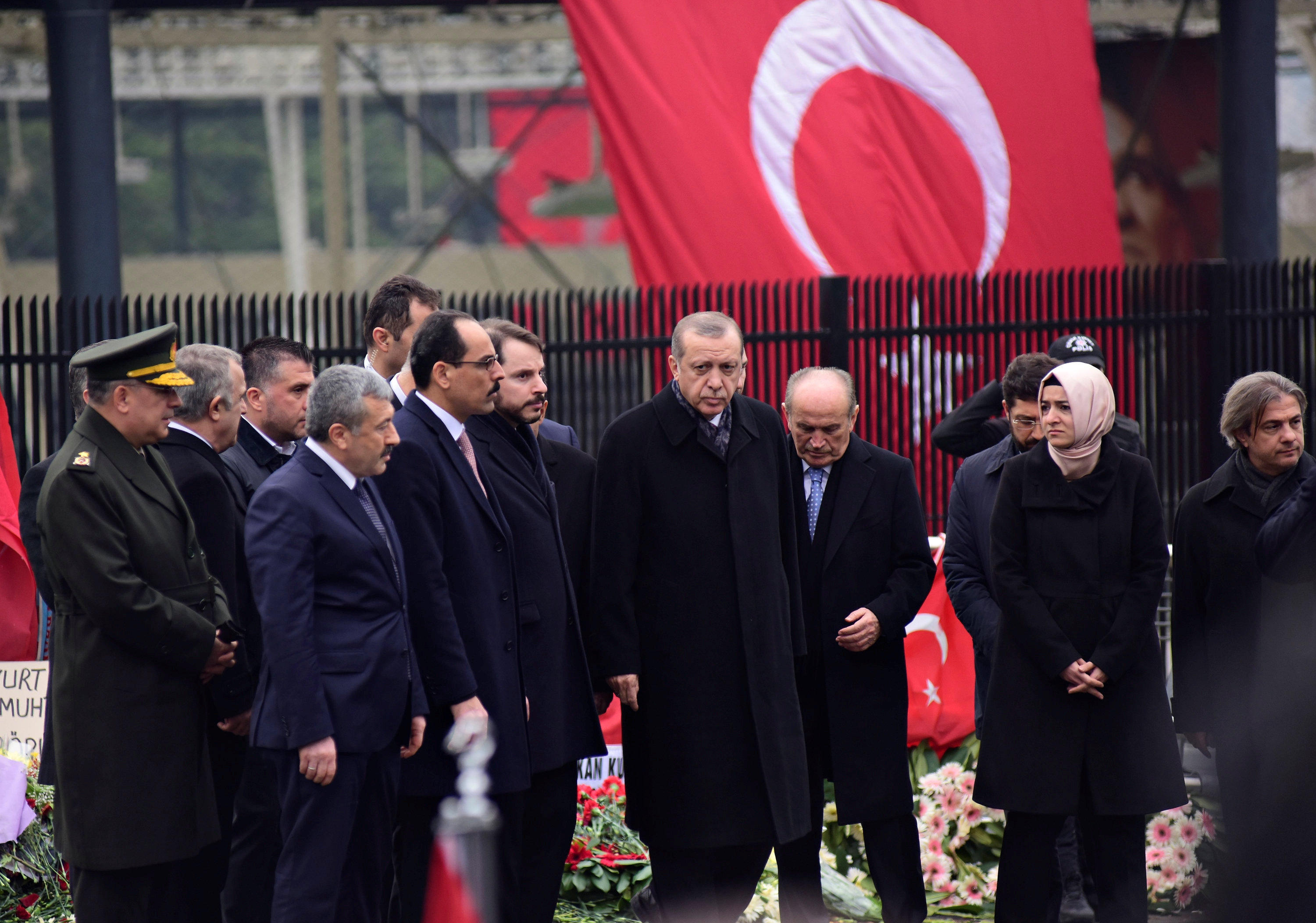 ISTANBUL - Turkey’s police rounded up more than 200 people, mostly Kurds, as the country on Monday mourned the dozens killed in a bombing attack near an Istanbul soccer stadium.

The interior ministry issued a statement saying 235 people were detained in 11 cities for their alleged connections to a terrorist organization.

The detainees were affiliated with the outlawed Kurdistan Workers’ Party, or PKK, and a Kurdish umbrella organization, and included individuals deemed guilty of spreading terrorist propaganda on social media, the statement said.

The majority of those arrested, according to local media reports documenting the raids, were members of a pro-Kurdish party that was elected to the Turkish Parliament in 2014. Among them were two provincial leaders and an Ankara representative of the Peoples’ Democratic Party, or HDP.

The ministry statement did not specify whether those rounded up were suspected of direct involvement in two bombings outside and near a stadium in Istanbul on Saturday night that killed 44 people and wounded more than 149 others, according to the latest tally.

A violent Turkey-based Kurdish faction that is viewed by authorities and analysts as a PKK offshoot claimed responsibility for the attack.

Scores of demonstrators marched near Istanbul’s main police station to denounce the twin bombings in a rally organized by a union.

“Damn the PKK” and “We don’t want the PKK in parliament” chanted the crowd, calling for the reintroduction of the death penalty.

“No one can tear this country apart,” Firat told The Associated Press.

Further demonstrations were planned for later Monday and the U.S. consulate urged its citizens to avoid large gatherings.

President Recep Tayyip Erdogan and other Turkish authorities accuse the Peoples’ Democratic Party of supporting terrorism and having ties to PKK, which Ankara and its allies categorize as a terrorist organization.

The HDP party - which was democratically elected into parliament in 2014 and also appeals to left-leaning, secular Turks as well as minorities - denies the accusation. Its two leaders are currently behind bars on terrorism-related charges.

Turkey is facing renewed conflict with Kurdish rebels in the southeast and has suffered a string of suicide bombings this year.

The Kurdish faction that claimed responsibility for the Saturday bombings, the Freedom Falcons Movement, or TAK, is a shadowy group widely considered to be an offshoot of the PKK. It has also claimed two suicide bombing attacks in Ankara this year.

The group says its actions are revenge for state violence in the southeast and for the detention of Abdullah Ocalan, the PKK leader and ideologue.

The decades-long conflict between PKK and the Turkish state has killed tens of thousands. Violence resumed after the collapse of peace talks in 2015.

Turkey is a member of NATO and partner in the U.S.-led coalition against the Islamic State group, which has been blamed for multiple attacks in Turkey.

A state of emergency was decreed in the wake of a failed July 15 coup attempt which the authorities blame on a U.S.-based Islamist cleric.

That measure and the sweeping purges of state institutions that followed have alarmed Western governments, human rights group and legal experts.

Turkey’s campaign against armed Kurdish militants in the southeast has also drawn criticism over the disproportionate use of force and the displacement of thousands of individuals.