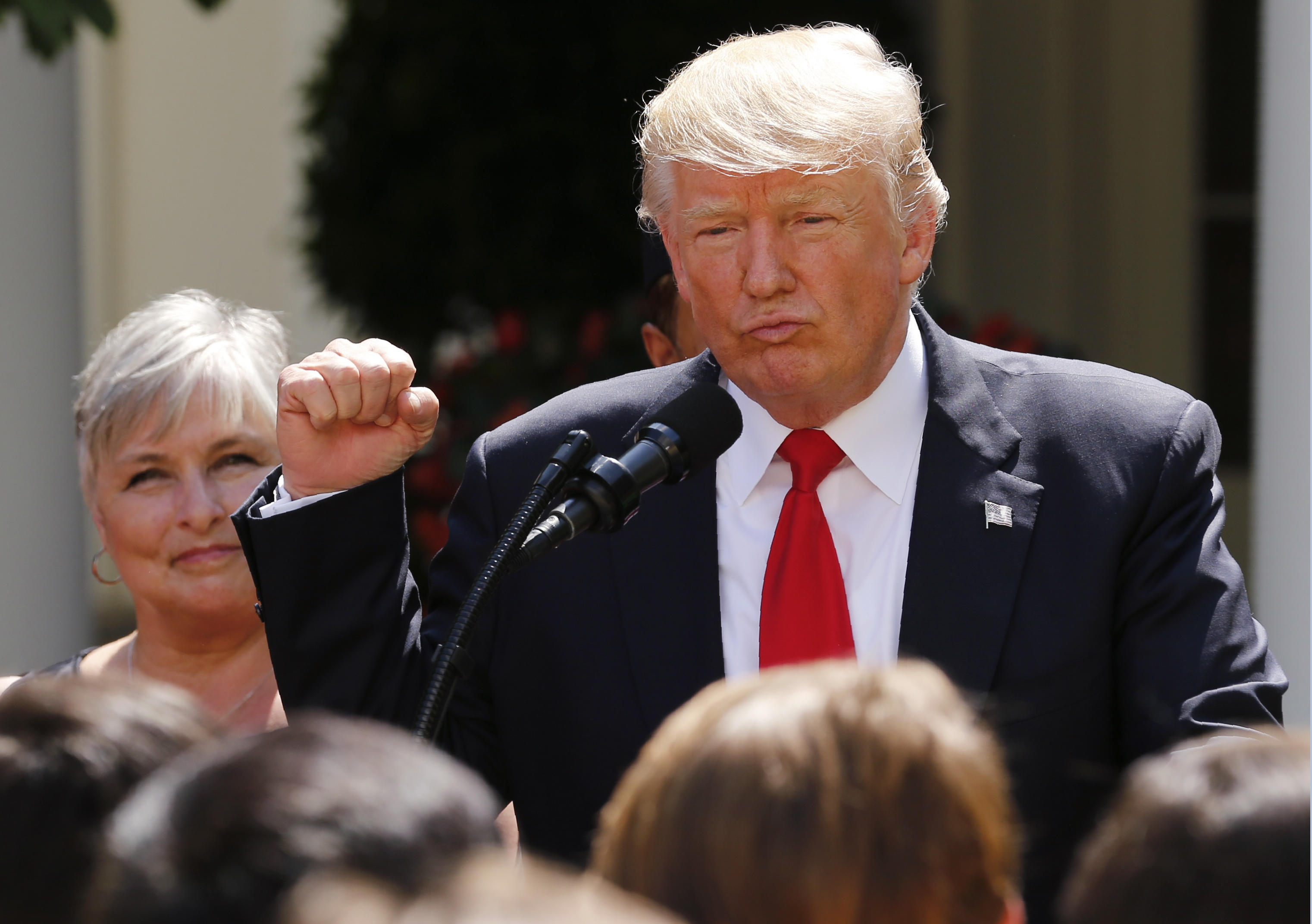 President Trump on Saturday urged Senate Republicans to take up another health care bill "before voting on any other bill," saying they will unless they're "total quitters," and threatening to end "bailouts" for insurance companies and members of Congress if they don't.

But only the day before, after Senate Republicans' attempt to repeal parts of Obamacare failed in a drama-filled, middle-of-the-night vote, the president tweeted, "As I said from the beginning, let ObamaCare implode, then deal. Watch!" The latest tweets from the president on Saturday indicate that, even as the House and Senate leave for August recess, he will pressure them to charge ahead.

The president's tweet about "bailouts" ending for insurance companies could refer to cost-sharing subsidies, which are payments the federal government makes under Obamacare to insurance companies to subsidize lower health-care costs for low-income families. That tweet came after the president spent the morning on Twitter railing against the "very outdated filibuster rule," saying the Senate should only need 51 votes, not 60. The Senate health care bill failed to gain 51 votes, attracting 49 votes in favor.

But, despite the president's urging that the Senate take up another health care bill before voting on anything else, Senate Minority Leader Mitch McConnell (R-Kentucky) made it clear that his chamber is moving on to other things.

"It is time to move on," McConnell said when the Health Care Freedom Act failed early Friday morning, noting the other unrelated topics the Senate would take up in the hours ahead.