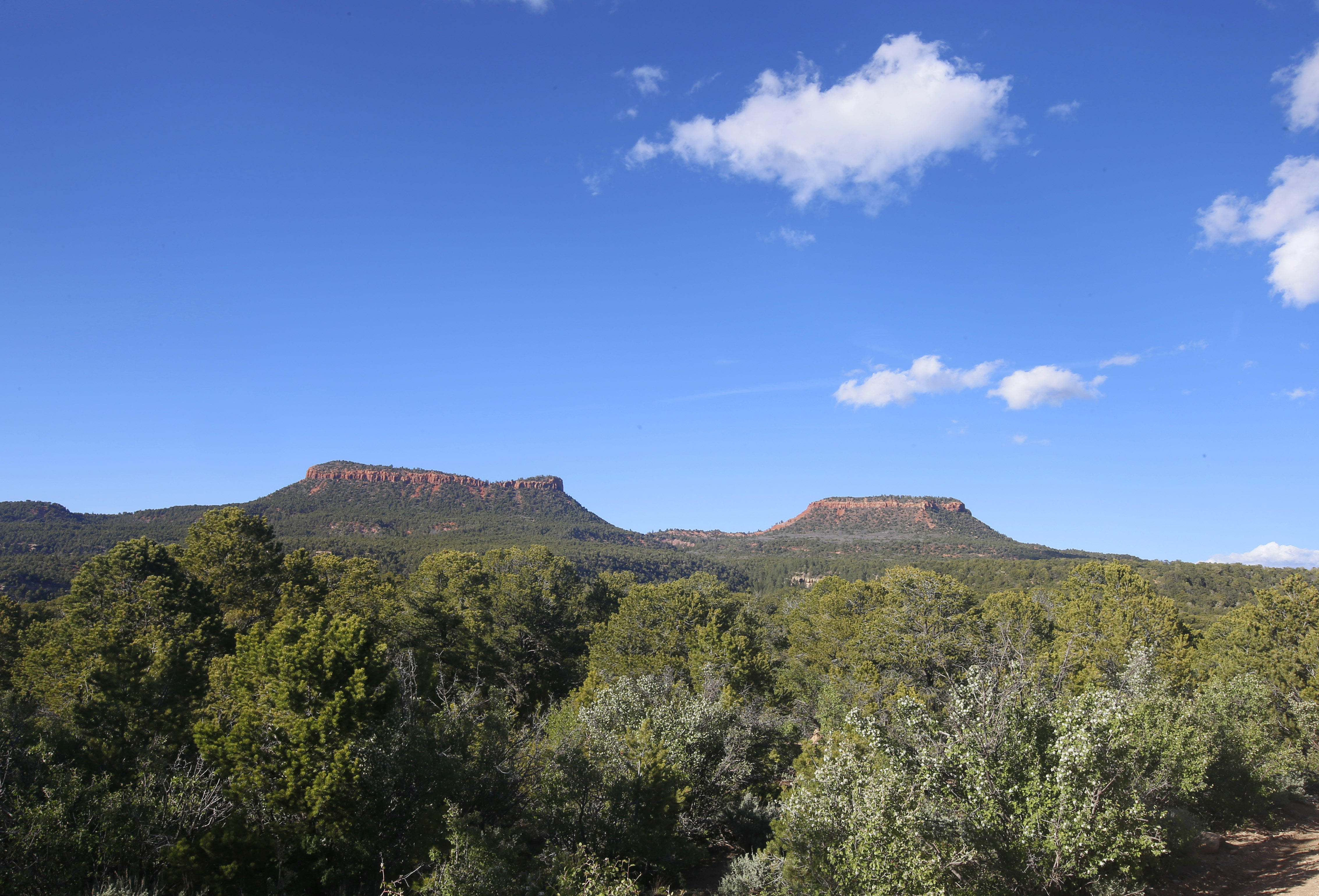 WASHINGTON — President Donald Trump is announcing plans to scale back two sprawling national monuments in Utah, responding to what he has condemned as a "massive federal land grab" by the government.

Trump is traveling to Salt Lake City on Monday to outline his intention to shrink the Bears Ears and the Grand-Staircase Escalante national monuments spanning millions of acres in Utah. The two national monuments were among 27 that Trump ordered Interior Secretary Ryan Zinke to review earlier this year.

Utah's Republican leaders, including Sen. Orrin Hatch, pressed Trump to launch the review, saying the monuments declared by Presidents Barack Obama and Bill Clinton locked up too much federal land.

According to New York Times, citing statements from Hatch, that the Trump administration plans to shrink the monument by between 77 and 92 percent. The president is also expected to cut the Grand Staircase-Escalante to about half its current size.

Trump's plans to curtail the strict protections on the sites have angered tribes and environmentalist groups who have vowed to sue to preserve the monuments.

In December, shortly before leaving office, Obama irritated Utah Republicans by creating the Bears Ears National Monument on 1.35 million acres of land sacred to Native Americans and home to tens of thousands of archaeological sites, including ancient cliff dwellings.

Trump signed an executive order in April directing Zinke to conduct a review of the protections. Trump is able to upend the protections under the 1906 Antiquities Act, which gives the president broad authority to declare federal lands as monuments and restrict their use.

The president said in April his order would end "another egregious abuse of federal power" and "give that power back to the states and to the people where it belongs."

Trump said at the time that he had spoken to state and local leaders "who are gravely concerned about this massive federal land grab. And it's gotten worse and worse and worse, and now we're going to free it up, which is what should have happened in the first place. This should never have happened."

The move marks the first time in a half century that a president has attempted to undo these types of land protections. And it could be the first of many changes to come.

Zinke also has recommended that Nevada's Gold Butte and Oregon's Cascade-Siskiyou monuments be reduced in size, although details remain unclear. The former Montana congressman's plan would allow logging at a newly designated monument in Maine and more grazing, hunting and fishing at two sites in New Mexico.

Democrats and environmentalists have opposed the changes, accusing Trump and Zinke of engaging in a secretive process aimed at helping industry groups that have donated to Republican campaigns.