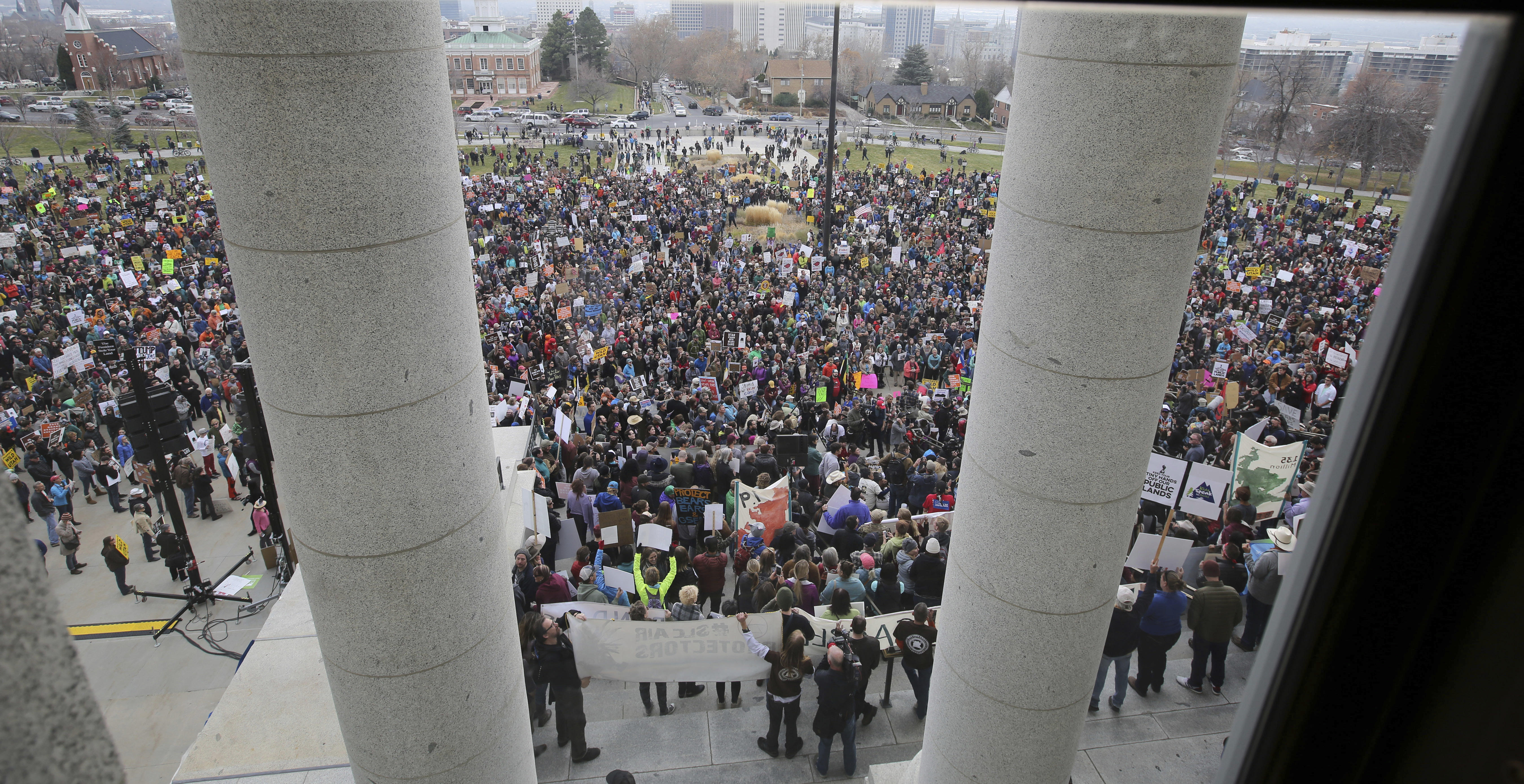 Crowds converged on the steps of the Utah State Capitol to denounce Mr. Trump's decision, many chanting and holding signs with messages such as "Protect Wild Utah." Native American groups, some in tribal dress, danced or formed drum circles.

Speakers who addressed the throngs of demonstrators included a state lawmaker and an official with the Navajo Nation.

State Rep. Patrice Arent, a Democrat from Millcreek, accused Mr. Trump of coming to "wreak destruction on a land he knows basically nothing about," the Salt Lake Tribune reported .

Navajo Nation Attorney General Ethel Branch vowed said the president should see these monuments for himself.

"I want him to visit Bears Ears before he takes any action," Branch said.

Roughly 5,000 people showed up to the rally, according to the Utah Highway Patrol. The demonstration remained relatively peaceful.

Mr. Trump is scheduled to visit the state on Monday, when he will announce a plan to reduce the size of Bears Ears and Staircase-Escalante National Monuments by nearly two-thirds. Those monuments were designated by former Presidents Obama and Clinton, respectively.

Mr. Trump's move would be the first such act by a president in half a century. Environmentalists and tribal leaders have decried the decision as illegal and an affront to Native Americans.

Mr. Trump has told Republican Sen. Orrin Hatch and other Utah officials that he will follow the recommendation of Interior Secretary Ryan Zinke to shrink both monuments.