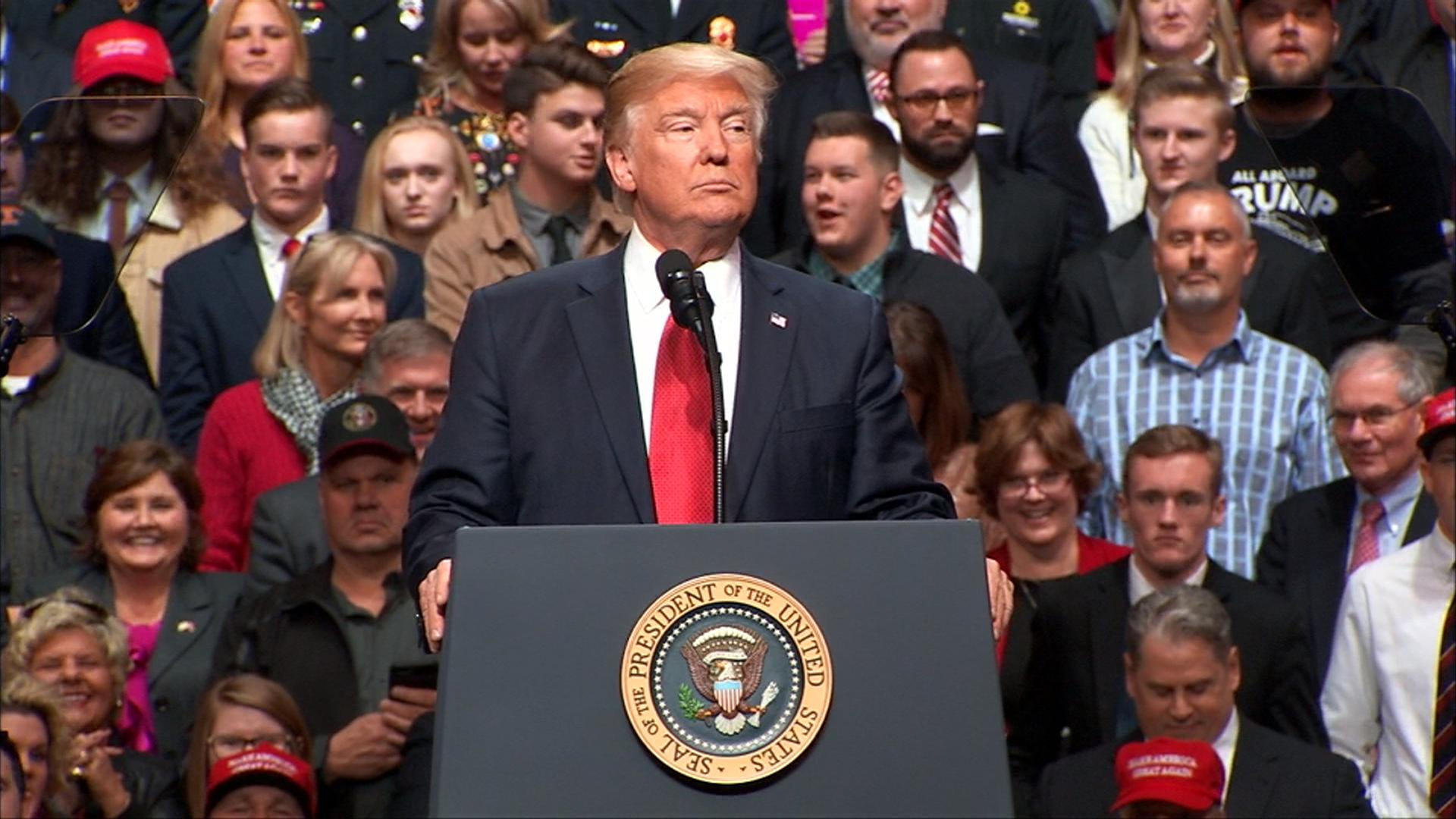 U.S. District Judge Derrick Watson granted a temporary restraining order against key parts of Mr. Trump’s executive order on immigration, CBS News’ Paula Reid reports. He blocked enforcement of sections related to travel and refugees, and effectively gutted the order, which seeks to impose a 90-day ban on the issuance of new visas to people from six predominantly Muslim nations and suspend the U.S. refugee program for all countries for 120 days.

The ruling applies across the U.S. and around the world, and prevents the order from going into effect Thursday. It was set to go into effect March 16 at 12:01 a.m.

Mr. Trump called the ruling an “unprecedented judicial overreach.” At a rally in Nashville, Tennessee on Wednesday evening, he described it as “bad,” “sad” news.

“The order (Watson) blocked was a watered-down version of the first order that was also blocked by another judge, and should have never been blocked to start with,” Mr. Trump said.

The Department of Justice criticized the decision in a statement later Wednesday.

“The Department of Justice strongly disagrees with the federal district court’s ruling, which is flawed both in reasoning and in scope,” spokeswoman Sarah Isgur Flores said. “The President’s Executive Order falls squarely within his lawful authority in seeking to protect our Nation’s security, and the Department will continue to defend this Executive Order in the courts.”

Mr. Trump signed the executive order that was blocked Wednesday on March 6 -- more than a month after he signed his first executive order on immigration, in late January. The original order led to a travel ban for people from seven countries with Muslim majorities, but its implementation was suspended in February.

Watson questioned the government’s argument that the revised travel ban was motivated by national security concerns. He also said Hawaii would suffer financially if the executive order blocks the flow of students and tourists to the state and concluded that Hawaii is likely to succeed on a claim that the ban violates First Amendment protections against religious discrimination.

Watson issued his ruling Wednesday after hearing arguments on Hawaii’s request for a temporary restraining order involving the ban. His 43-page decision was released less than two hours after the hearing ended.

Hawaii has “met its burden of establishing a strong likelihood ... that irreparable injury is likely,” he said in issuing the temporary restraining order just before 1 p.m. local time, CBS Honolulu affiliate KGMB reported.

Watson received his law degree from Harvard Law School in 1991 and was nominated to the federal bench by President Barack Obama. He is currently the only native Hawaiian judge serving on the federal bench and the fourth in U.S. history.

His ruling came as opponents renewed their legal challenges across the country, asking judges in three states to block the executive order.

More than half a dozen states are trying to stop the ban. Federal courts in Maryland, Washington state and Hawaii heard arguments about whether it should be allowed to take effect early Thursday.

In Maryland, attorneys told a federal judge that the measure still discriminates against Muslims.

Government attorneys argued that the ban was revised substantially to address legal concerns, including the removal of an exemption for religious minorities from the affected countries.

“It doesn’t say anything about religion. It doesn’t draw any religious distinctions,” said Jeffrey Wall, who argued for the Justice Department.

Attorneys for the ACLU and other groups said that Trump’s statements on the campaign trail and statements from his advisers since he took office make clear that the intent of the ban is to ban Muslims. Trump policy adviser Stephen Miller has said the revised order was designed to have “the same basic policy outcome” as the first.

The new version of the ban details more of a national security rationale. It is narrower and eases some concerns about violating the due-process rights of travelers.

It applies only to new visas from Somalia, Iran, Syria, Sudan, Libya and Yemen and temporarily shuts down the U.S. refugee program. It does not apply to travelers who already have visas.

In response, ACLU attorney Omar Jadwat pointed to Miller’s statement and said the government had put out misleading and contradictory information about whether banning travel from six specific countries would make the nation safer.

The Maryland lawsuit also argues that it’s against federal law for the Trump administration to reduce the number of refugees allowed into the U.S. this year by more than half, from 110,000 to 50,000. Attorneys argued 60,000 people would be stranded in war-torn countries with nowhere else to go if the reduction goes into effect.

In Washington state, U.S. District Judge James Robart -- who halted the original ban last month -- heard arguments in a lawsuit brought by the Northwest Immigrant Rights Project, which is making arguments similar to the ACLU’s in the Maryland case.

Robart said he is most interested in two questions presented by the group’s challenge to the ban: whether the ban violates federal immigration law, and whether the affected immigrants would be “irreparably harmed” should the ban go into effect.

He spent much of Wednesday afternoon’s hearing grilling the lawyers about two seeming conflicting federal laws on immigration - one which gives the president the authority to keep “any class of aliens” out of the country, and another that forbids the government from discriminating on the basis of nationality when it comes to issuing immigrant visas.

Robart said he would issue a written order, but he did not say when. He is also overseeing the challenge brought by Washington state.

Washington and Hawaii say the order also violates the First Amendment, which bars the government from favoring or disfavoring any religion. On that point, they say, the new ban is no different than the old. The states’ First Amendment claim has not been resolved.

The 9th U.S. Circuit Court of Appeals refused to reinstate the original ban but did not rule on the discrimination claim.