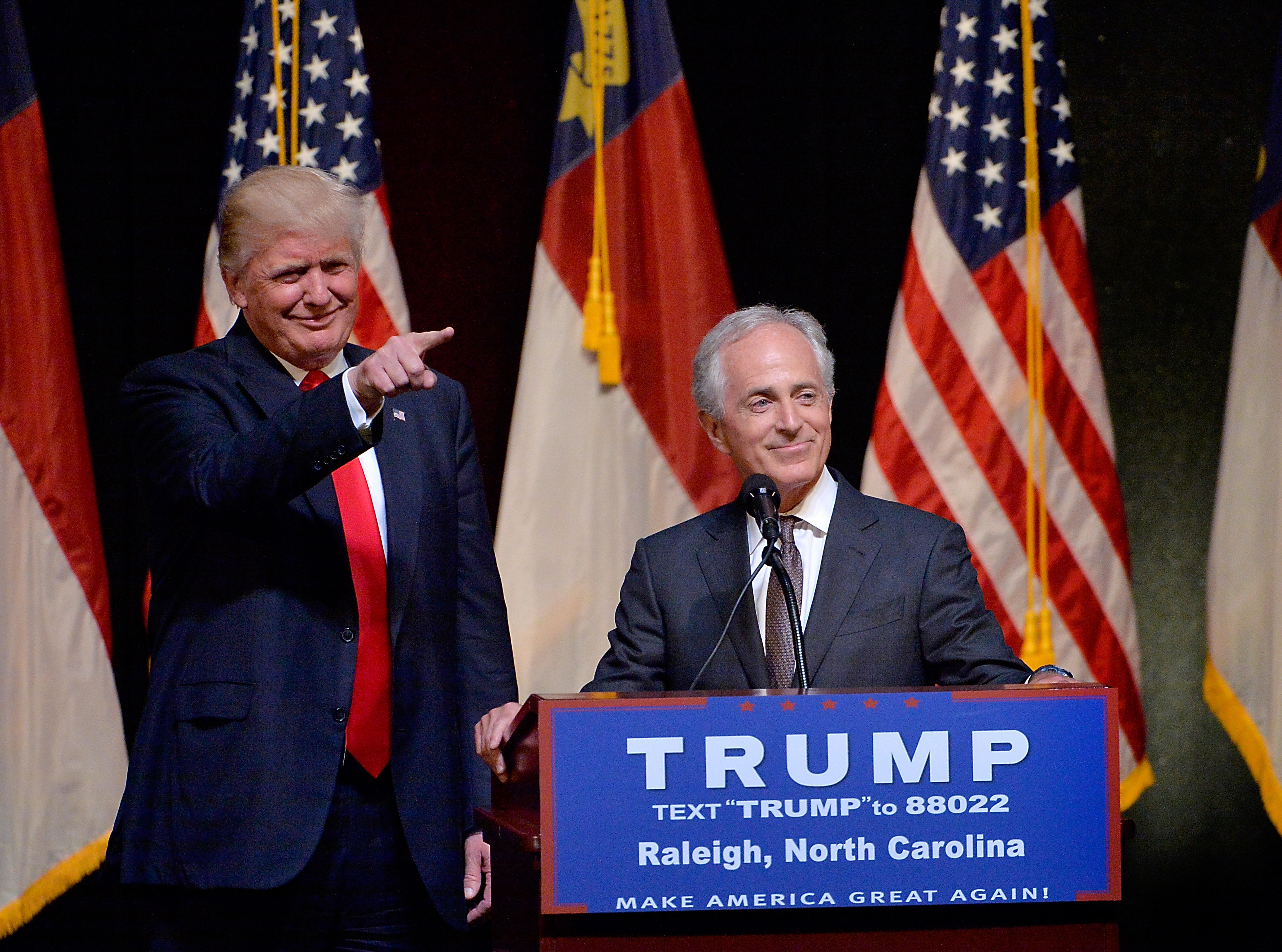 President Donald Trump lashed out at Tennessee Sen. Bob Corker on Twitter Sunday morning, saying the senator had "begged" the president to lend his support for this re-election.

"I said 'NO' and he dropped out (said he could not win without my endorsement)," the president noted in his Sunday morning tweet.

The president also claimed that Corker had wanted to be Mr. Trump's pick for secretary of state, "I said 'NO THANKS,'" he added, then blamed Corker as being "largely responsible for the horrendous Iran Deal."

But Todd Womack, Corker's chief of staff, said in fact that it was President Trump who had asked him to run and promised his endorsement.

"The president called Senator Corker on Monday afternoon and asked him to reconsider his decision not to seek reelection and reaffirmed that he would have endorsed him, as he has said many times," Womack told CBS News' Margaret Brennan in a statement Sunday.

Corker announced late last month that he would not seek re-election after his term expires in 2018.

"After much thought, consideration and family discussion over the past year, Elizabeth and I have decided that I will leave the United States Senate when my term expires at the end of 2018," he said in a statement.

Corker, an early supporter and ally of the Trump campaign, said when he was elected in 2006, he had told people he couldn't imagine serving for more than two terms.

Mr. Trump continued his tweet barrage against Corker, adding: "I would fully expect Corker to be a negative voice and stand in the way of our great agenda. Didn't have the guts to run!"

Mr. Trump's comments come after Corker delivered his own harsh words to the president.

In August, amid the political fallout from Mr. Trump's unscripted remarks in which he said "both sides" were to blame for the deadly violence in Charlottesville, Virginia, Corker was said the president had not demonstrated he possesses the stability, competence or understanding of the country's character he needs to succeed.

The president tweeted in response to those comments, calling it a "strange statement", claiming that Corker was "constantly asking" the president whether or not he should run again. "Tennessee not happy!," Mr. Trump added.

The Republican senator has since directly responded to Mr. Trump's tweets -- saying, "It's a shame the White House has become an adult day care center. Someone obviously missed their shift this morning."

Corker, 65, chairs the influential Foreign Relations Committee. He led the congressional opposition against the Iran nuclear deal and voted against it.