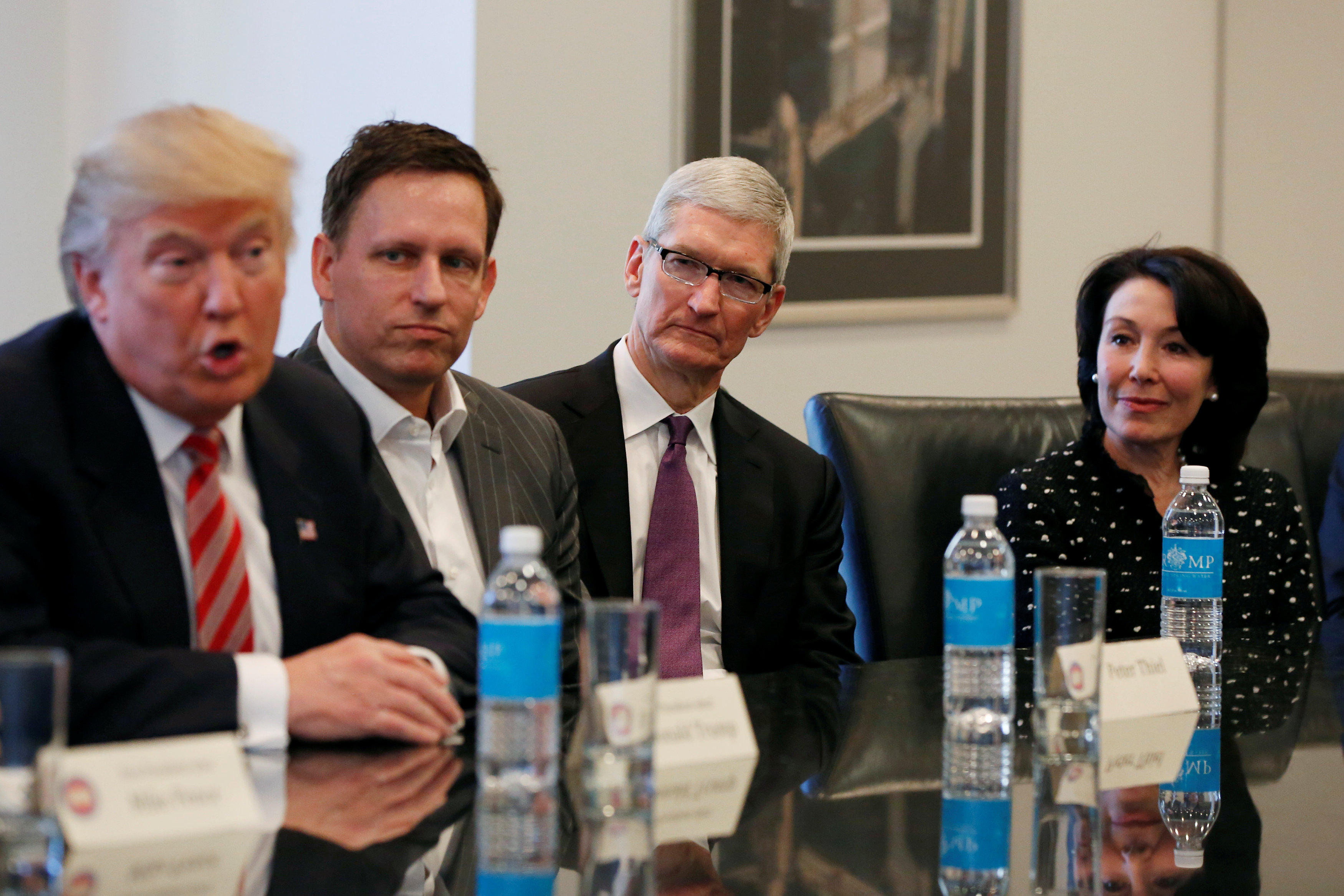 “I’m here to help you folks do well. You’re doing well right now,” Mr. Trump said at the beginning of the roundtable. “Anything we can do to help this go long. We’re going to be there for you. You’ll call my people.”

The focus of the roundtable discussion is on bringing tech jobs back to the U.S. Mr. Trump’s son-in-law Jared Kushner, incoming White House chief of staff Reince Priebus and investor Peter Thiel helped to organize the meeting.

Before the meeting, IBM’s Rometty announced in an opinion piece in USA Today that she plans to hire about 25,000 people in the U.S. and invest $1 billion over the next four years. The investment would be in “‘new collar’ jobs that employers in many industries demand, but which remain largely unfilled.” In many cases, she wrote, these jobs wouldn’t require a traditional college degree. Applicants would instead have appropriate vocational training -- IBM is already backing a model for this curriculum.

A number of the people attending the meeting supported Hillary Clinton during the presidential race.

This comes a few weeks after Mr. Trump was crediting with brokering a deal with Carrier to save more than 1,000 manufacturing jobs from being moved to Mexico.