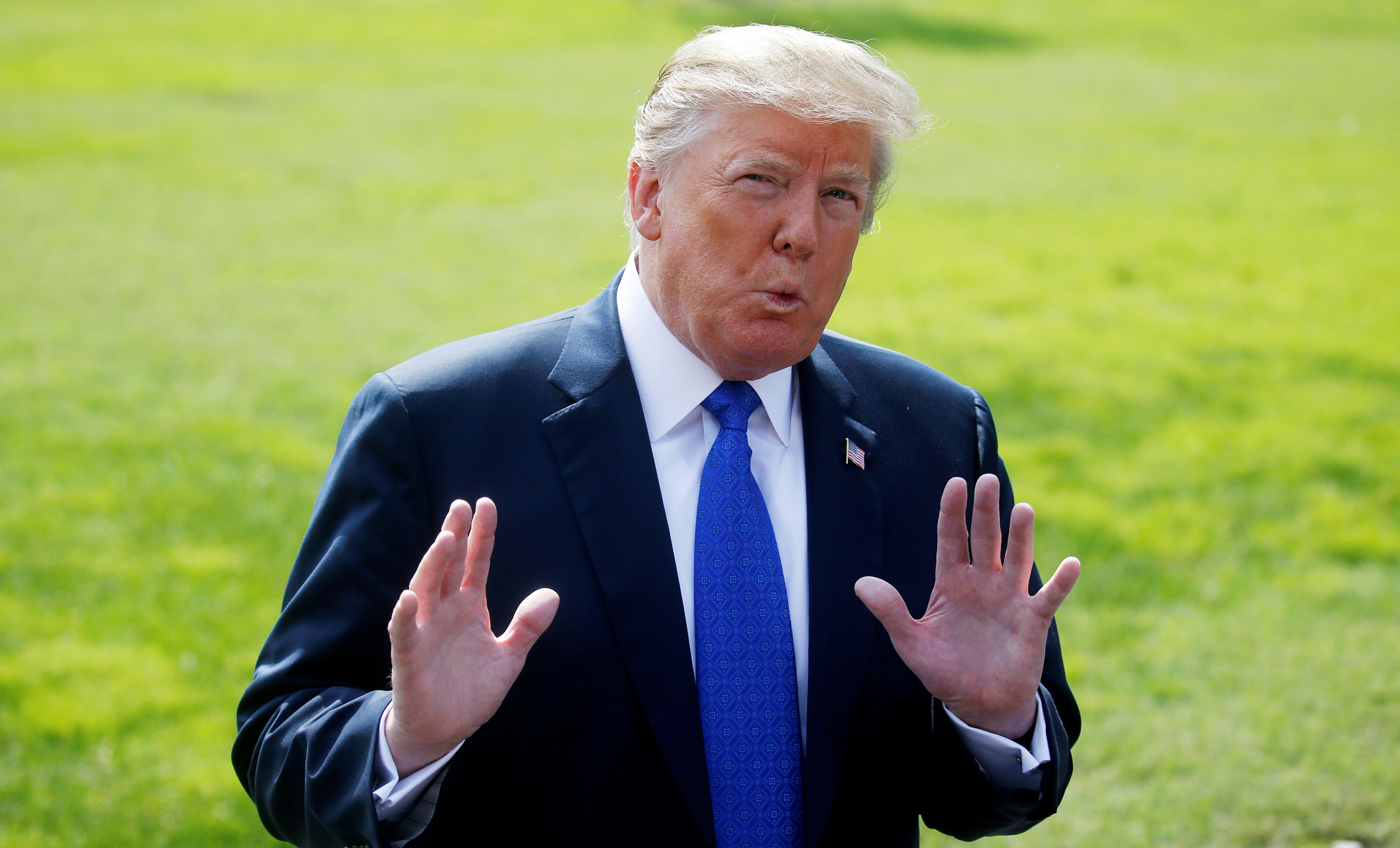 President Trump, taking off for events in Pennsylvania and Mississippi Tuesday afternoon, told reporters a lot will be "dependent" on what the FBI finds in its supplemental review of misconduct allegations leveled against his Supreme Court nominee, Brett Kavanaugh.

Mr. Trump said he thinks Kavanaugh will be "accepted" when the Senate votes on his nomination, but much will depend on what comes back from the FBI. Senate Majority Leader Mitch McConnell said Tuesday the Senate will take up a vote on Kavanaugh later this week.

Mr. Trump, speaking to reporters on the White House South Lawn before boarding Marine One, said it's a "very scary" time for young men in America, as they could be presumed guilty until proven innocent.

In his rallies and other appearances before the press, Mr. Trump continues to defend his embattled Supreme Court nominee. Kavanaugh is undergoing an FBI review to update his background file, after allegations of sexual misconduct. The nominee denies the allegations, and McConnell says the Senate will vote on the nominee on the Senate floor "this week." The White House ordered the FBI to expand the scope of its review to include anyone it deems necessary to vet those misconduct claims. In a press conference Monday, the president said the FBI should interview "anybody" it wants, "within reason."

"He's never gone through anything like this," Mr. Trump said, speaking highly of his nominee to the highest court.

The president said he believes Kavanaugh would be "totally impartial" on the Supreme Court. Mr. Trump said Republicans are incredibly enthusiastic about Kavanaugh, as some Republicans view the nomination as a galvanizing issue ahead of next month's midterms.

"I actually think it's like a rallying cry for the Republicans," Mr. Trump said.

The president, asked for his message to young men, said it's a "very scary time" for young men in America right now.

"Well, I say that it's a very scary time for young men in America, when you can be guilty of something that you may not be guilty of," he said. "This is a very very, this is a very difficult time. What's happening here has much more to do than even the appointment of a Supreme Court justice. It really does. You can be somebody that was perfect your entire life and somebody could accuse you of something. Doesn't necessarily have to be a woman, as everybody says -- but somebody could accuse you of something and you're automatically guilty. But in this realm, you are truly guilty until proven innocent. That's one of the very very bad things that's taking place right now."

Asked what his message is for young women, however, the president said women are doing "great."

The commander-in-chief is holding his third Make America Great Again rally in four days Tuesday night in Southaven, Mississippi, but before that, he spoke to the National Electrical Contractors Association in Philadelphia.

The president touted his new trade deal with Mexico and Canada, the United States Mexico Canada Agreement, or USMCA. The president said it sounds like "YMCA." He didn't like the name NAFTA, the North American Free Trade Agreement he has long lambasted.

But Mr. Trump took some sidetracks in his address, reminiscing about his time on the show, "The Apprentice."

On Monday night, Mr. Trump hit on his favorite topics — including bashing Democrats, touting the need for border security, and emphasizing the need for more Republicans — in a MAGA rally in Johnson City, Tennessee. That was after a Saturday rally in West Virginia. On Thursday, the president heads to Rochester, Minnesota, for yet another rally.