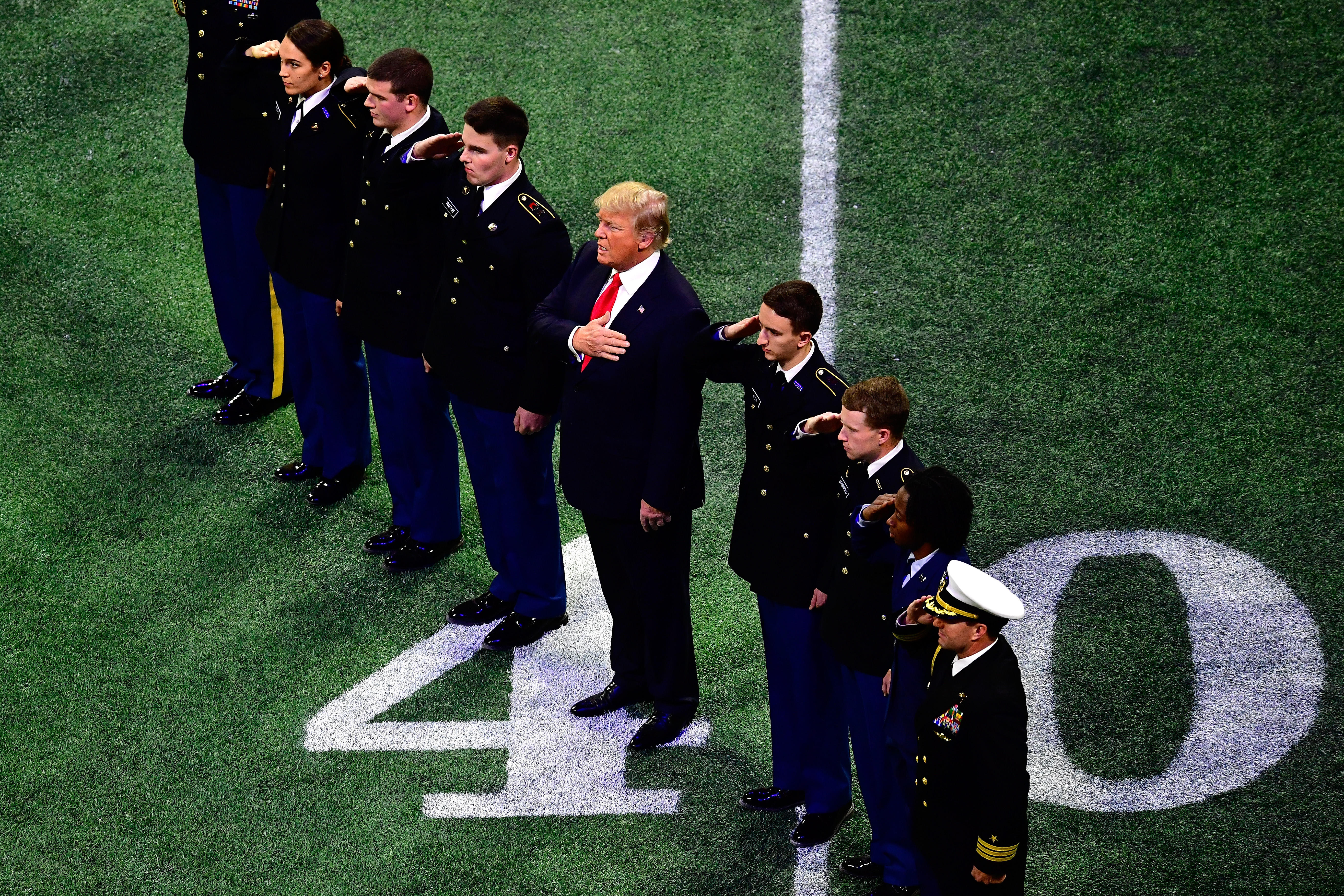 Flanked by members of the armed services Color Guard and ROTC members, Mr. Trump placed his hand on his heart and appeared to mouth along to much of the anthem as Georgia's Zac Brown Band and a gospel choir performed. Some skeptics on Twitter say the president appeared to miss some lines of the anthem as he sang.

Mr. Trump was seen smiling and applauding as fireworks rang out at the completion of the song.

Mr. Trump's appearance at Monday's game came after months of criticism he's leveled at the NFL over some players' refusal to stand during the playing of the anthem. The president has repeatedly urged the firing of players who "take a knee" rather than stand, for NFL Commissioner Roger Goodell to enforce new "rules" on mandating standing, and he has called players' acts of silent protest disrespectful to the American flag and country.

During remarks in Nashville, Tennessee ahead of his trip to Georgia on Monday, Mr. Trump addressed the controversy again, telling the American Farm Bureau Federation, "We're fighting for our country and for our great American flag."

He added, "We are fighting for that flag. We want our flag respected. And we want our national anthem respected also."

As supporters chanted "USA", the president went on, addressing the protesters directly. "There's plenty of space for people to express their views and to protest, but we love our flag, we love our anthem. We want to keep it that way."

The president watched the game from a private box overlooking the Alabama sideline flanked by ROTC students. The Tuscaloosa News reported that he was scheduled to appear on the Alabama radio broadcast during the game, but that did not happen during the first two quarters.

Mr. Trump departed the stadium during halftime, as Georgia led Alabama 13-0. Rapper Kendrick Lamar -- who has been a critic of the commander in chief, performed during the halftime.