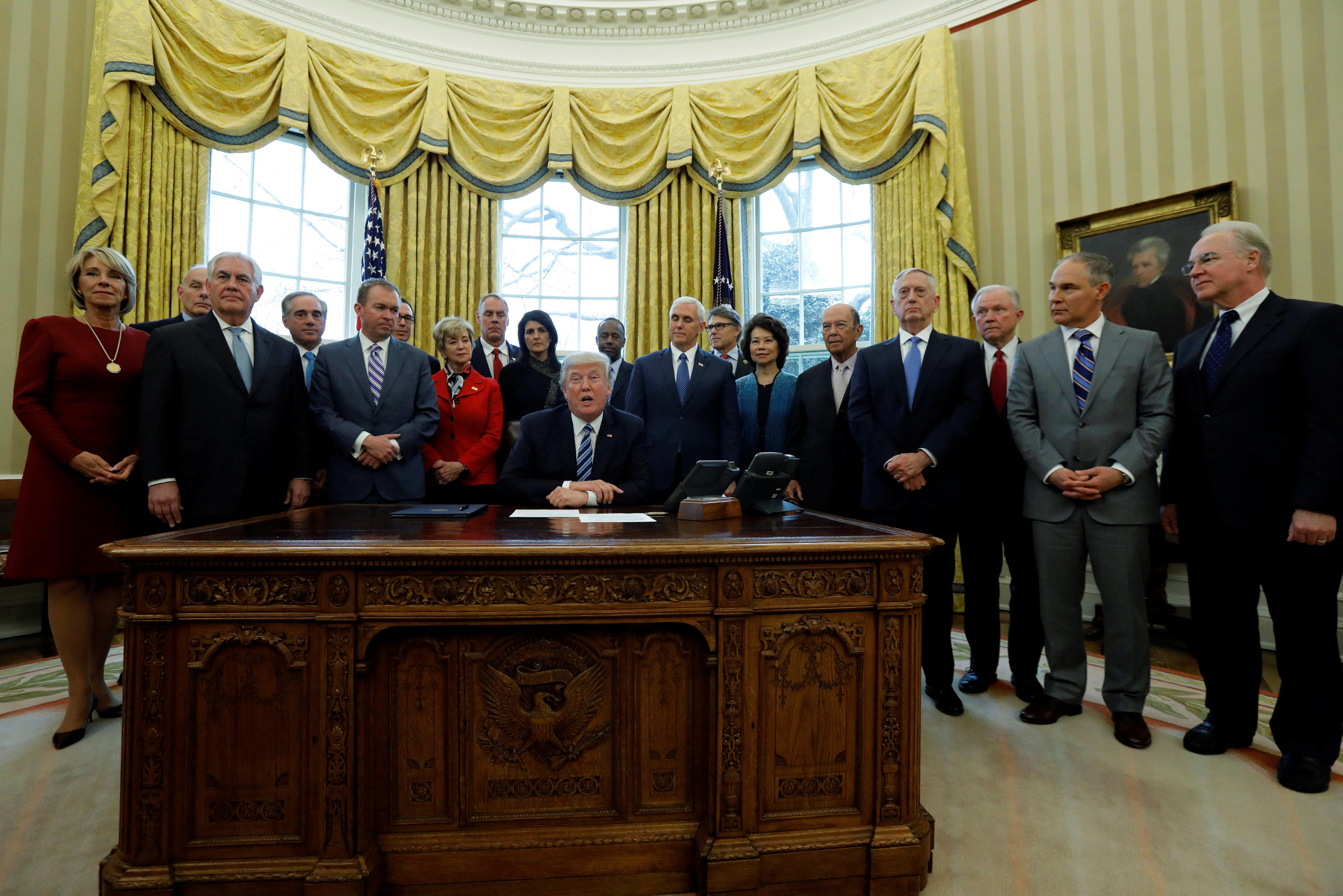 The order came ahead of the release of Mr. Trump’s budget Thursday, which is expected to seek a contraction in the size and scope of the federal government.

The full text of the order, called the “Comprehensive Plan for Reorganizing the Executive Branch,” was not immediately available.

Mr. Trump signed the order after holding his first meeting with his full Cabinet Monday afternoon.

“We want to empower them to make their agencies as lean and effective as possible and they know how to do it,” Mr. Trump said during a brief signing ceremony, referring to the members of his Cabinet who surrounded him. “Today there is duplication and redundancy everywhere.”

“This order requires a thorough examination of every executive department and agency to see where money is being wasted, how services can be improved and whether programs are truly serving American citizens,” Mr. Trump continued. “The director of the Office of Management and Budget will oversee the evaluation … as well as seeking input from the American people themselves.”