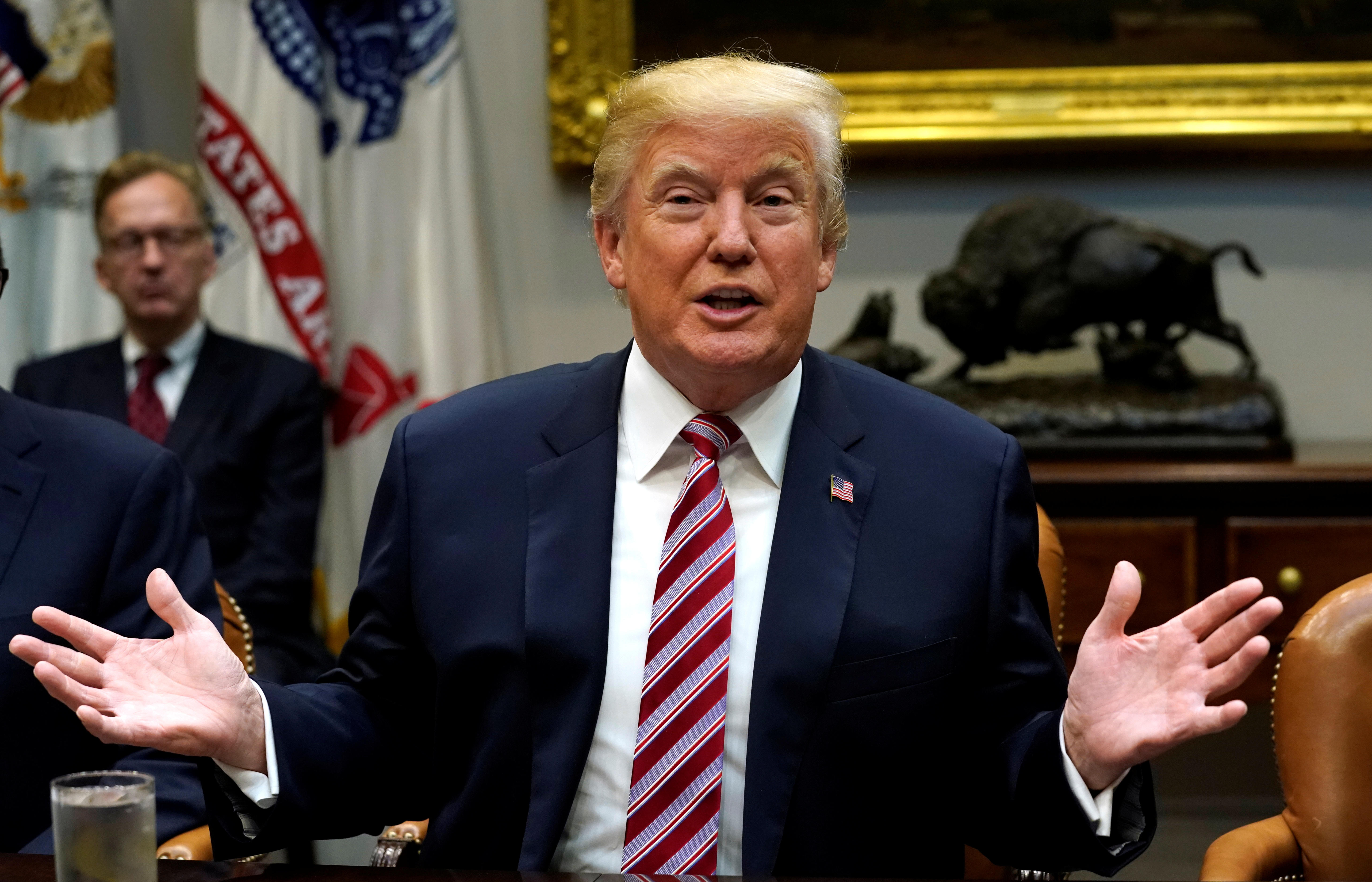 President Trump is eager to sign tax legislation before the year is out, setting deadlines for Congress Tuesday.

"I want the House to pass a bill by Thanksgiving," the president said at a White House meeting with business associations and industry groups, adding that he wants a bill to sign by Christmas.

"It'll be a big event," he predicted. "It'll be the biggest tax event in the history of our country."

"There's great spirit for this," he said, although he noted again that he expected no Democratic support, even if it hurts their reelection prospects. "Democrats want to raise taxes and really create obstruction," Mr. Trump said.

While he travels to Asia at the end of the week, President Trump expressed the desire to see work continue on "tax reform and tax cuts." He will be out of the country for 10 days, and his Treasury secretary, Steven Mnuchin, and top economic adviser, Gary Cohn, will not travel with him to Asia, so they can "stay here and work with you," he told the group.

Mr. Trump declined to answer questions shouted by reporters about his reaction to former campaign adviser George Papadopoulos' guilty plea for making false statements to the FBI and to whether he would pardon his former campaign chairman Paul Manafort.

Earlier, the president tweeted a denial that any collusion had taken place, and he demeaned Papadopoulos as a "young, low level volunteer...who has already proven to be a liar."