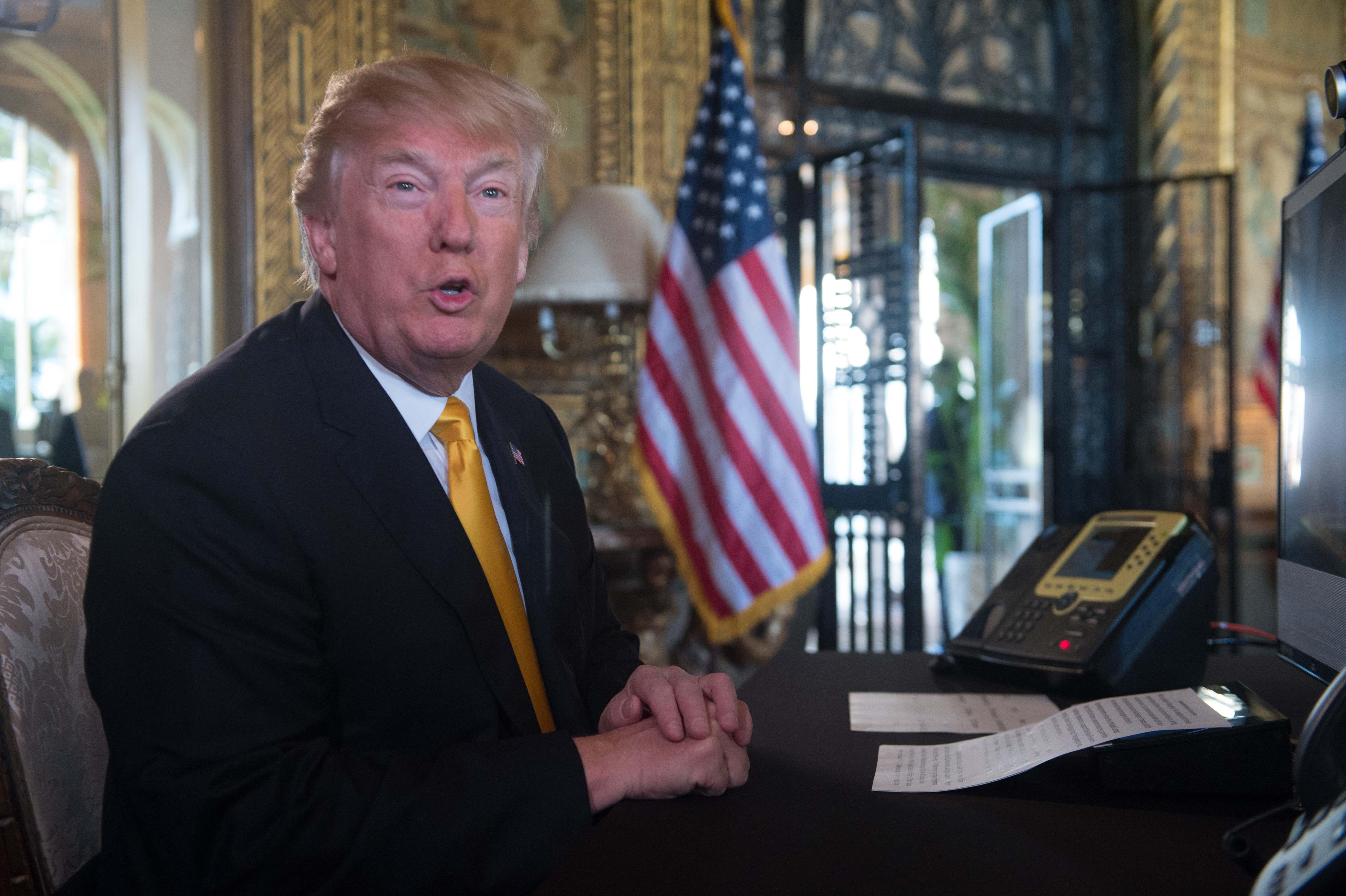 PALM BEACH, Fla. -- President Donald Trump is again coming to the side of GOP Alabama Senate nominee Roy Moore despite calls from other Republican leaders that Moore should leave the race over accusations of decades-old sexual assault.

In a pair of tweets Sunday morning, Mr. Trump said "the last thing we need" in Alabama and the Senate is a "puppet" of the Democratic congressional leadership.

Mr. Trump contends Moore's opponent, Democrat Doug Jones -- a former prosecutor -- is "WEAK" on crime and border security, "BAD" for the military, veterans, gun rights, and itching to raise taxes "TO THE SKY."

Two women have accused the 70-year-old Moore of sexually assaulting or molesting them decades ago, when he was in his 30s and they were teenagers. At least five others have said he pursued romantic relationships when they were teenagers and he was a prosecutor. Moore vehemently denies the allegations.

Before departing for his Mar-a-Lago estate ahead of the Thanksgiving holiday, Mr. Trump also spoke about Jones and the vacant Alabama Senate seat, telling reporters of the Alabama race, "we don't need a liberal person in there."

"I can tell you one thing for sure, we don't need a liberal person in there, a Democrat, Jones," Mr. Trump said. "I've looked at his record — it's terrible on crime. It's terrible at the borders. I can tell you, we do not need somebody that's going to be bad on crime, bad on borders, bad with the military, bad with the Second Amendment."

A spokesman for the Jones campaign could not immediately be reached by phone for comment.

Jones is best known for leading the prosecution of two Ku Klux Klansmen who bombed the 16th Street Baptist Church in Birmingham in 1963, killing four girls.

Top Republicans in Congress, including Senate Majority Leader Mitch McConnell and House Speaker Paul Ryan, have called for Moore to leave the race, and the Republican National Committee and the National Republican Senatorial Committee have pulled their support for his campaign.

"He's definitely trying to throw a lifeline to Roy Moore," Sen. Lindsey Graham, R-South Carolina, said of Mr. Trump in an interview Sunday with CNN's "State of the Union."

But Graham said that when it comes to Moore, it's unclear "what winning looks like."

"If he wins, we get the baggage of him winning and it becomes a story every day about whether or not you believe the women or Roy Moore, should he stay in the Senate, should he be expelled. If you lose, you give the Senate seat to a Democrat at a time we need all the votes we can get," he said.

"The moral of the story is: Don't nominate somebody like Roy Moore who could actually lose a seat that any other Republican could win," Graham said.

The special election to fill the seat held by Republican Jeff Sessions, now the U.S. attorney general, will be held Dec. 12.