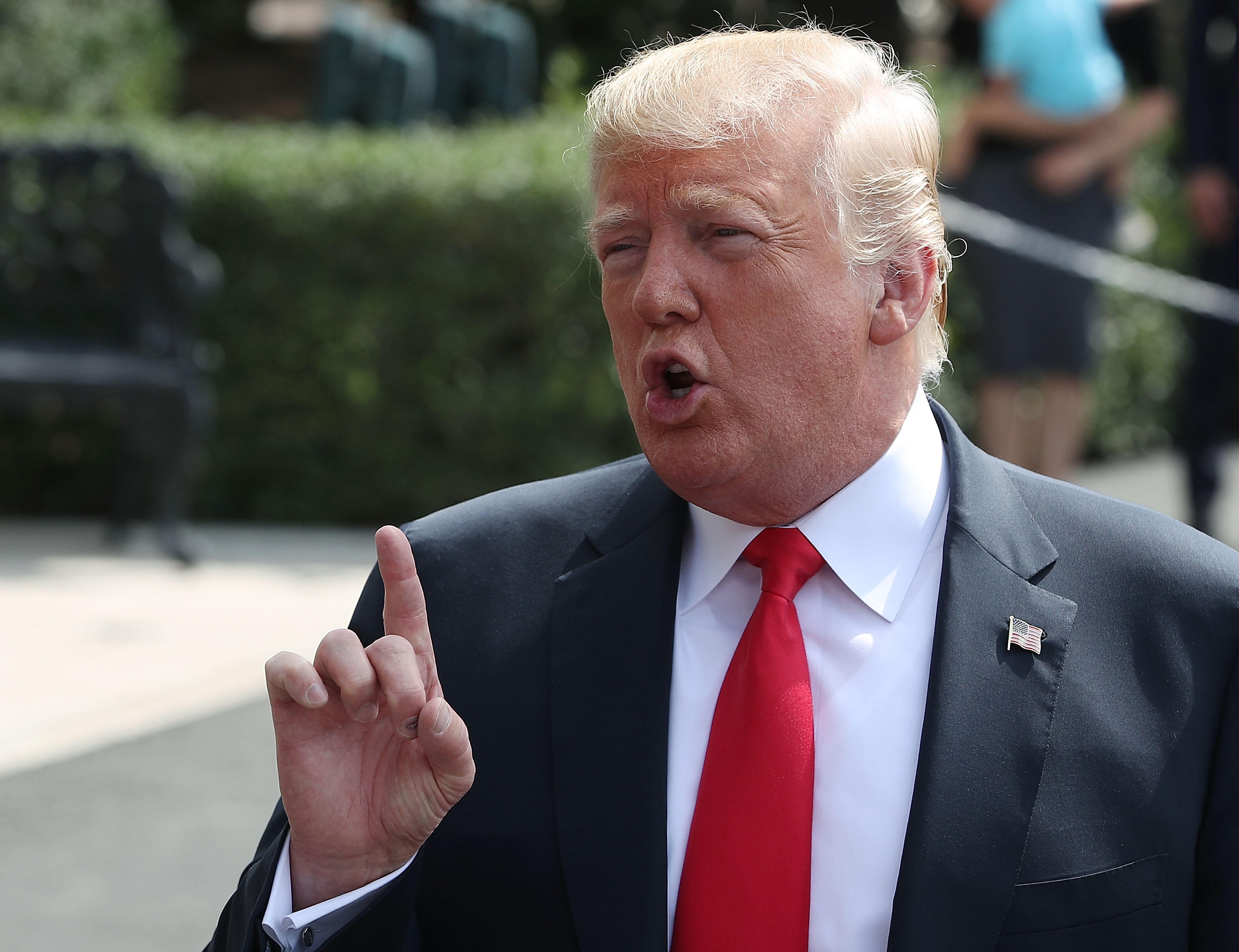 President Trump is once again calling into question Special Counsel Robert Mueller's ongoing Russia probe, suggesting the former FBI director is "just someone looking for trouble." The president's Monday morning tweets follow a series of weekend Twitter tirades about the investigation amid reports by the New York Times that White House Counsel Don McGahn has cooperated "extensively" with Mueller's team.

The president asserted that he'd given McGahn "approval" to meet with investigators and sought to discredit Mueller and his team.

"Disgraced and discredited Bob Mueller and his whole group of Angry Democrat Thugs spent over 30 hours with the White House Councel [sic], only with my approval, for purposes of transparency. Anybody needing that much time when they know there is no Russian Collusion is just someone.... looking for trouble," Mr. Trump tweeted Monday.

The president expressed outrage on Sunday over the Times' reporting that McGahn had been in talks with investigators over the last nine months and had submitted to a series of three interviews totaling 30 hours. Mr. Trump insisted that he "allowed" McGahn and other White House staffers to sit down with Mueller's team, adding that he has "nothing to hide" in the probe.

He added on Monday that the special counsel's team was "enjoying ruining people's lives," claiming that they refuse to "look at the real corruption on the Democrat side."

Mr. Trump also claimed that Mueller — a Republican who was named FBI director by President George W. Bush — was "looking to impact" the upcoming midterm elections, and he slammed the team of investigators and litigators as a "national disgrace." Mr. Trump once again denied the suggestion that his campaign colluded with the Russian government in the 2016 election, calling it a "made up phony crime."

"When there was no Collusion they say there was Obstruction (of a phony crime that never existed). If you FIGHT BACK or say anything bad about the Rigged Witch Hunt, they scream Obstruction!," he added.