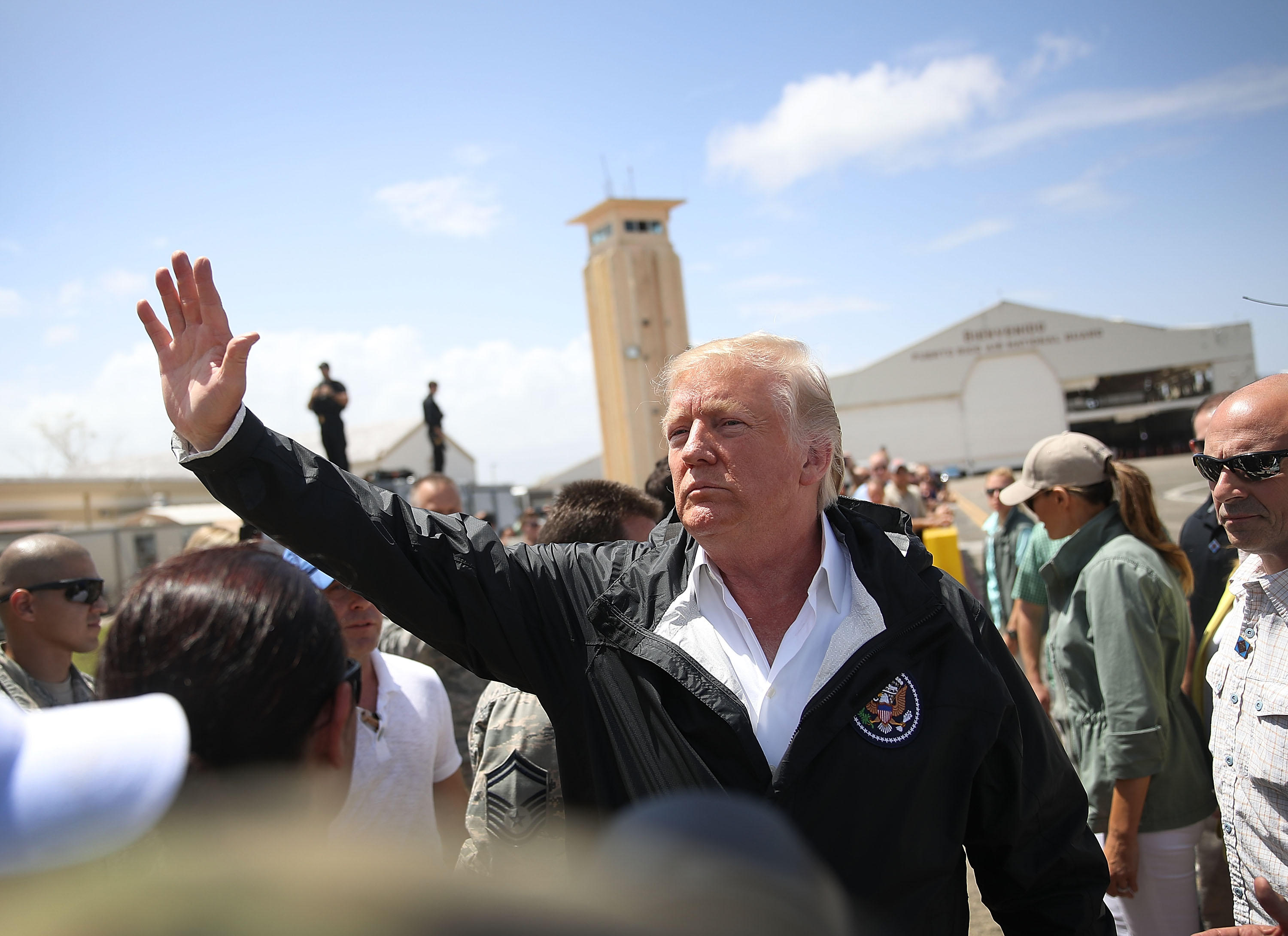 Following his visit to Puerto Rico in the wake of Hurricane Maria, President Trump said in an interview with Fox News' Geraldo Rivera that the island owes "a lot of money" to Wall Street and the U.S. must "wipe out" its debt.

In an interview that aired on "Hannity" Tuesday evening, the president doubled down on his criticism of Puerto Rico's debt issues, a comment he reiterated to local officials during a hurricane briefing on Tuesday.

"We have to look at their whole debt structure. You know, they owe a lot of money to your friends on Wall Street. And we're going to have to wipe that out," he said. Mr. Trump added, "you're going to say goodbye to that, I don't know if it's Goldman Sachs but whoever it is, you can wave goodbye" to Puerto Rico's debt.

But just one day after Mr. Trump's remarks to Rivera, OMB Director Mick Mulvaney appeared to walk back the president's comments, suggesting to CBS News' Margaret Brennan that "we're absolutely not" bailing out Puerto Rico.

Brennan reports that Mulvaney was not aware of why Mr. Trump referred to Goldman Sachs as the bank to step up in "wiping out" the debt and was not aware if Sachs did indeed own the debt.

Mulvaney, who spoke to Mr. Trump after his interview, said that the president meant the island would have significant costs related to rebuilding efforts and would receive robust assurances from the federal government.

He added, on an appearance on CNN Wednesday morning, that the president acknowledged the island is "going to have to figure out a way to solve that debt problem in order to fix itself going forward."

"We can help it, and we will help it. We will help Puerto Rico rebuild from the storm. Puerto Rico's going to have to figure out its errors that it's made for the last generation on its own finances," said Mulvaney.

In his Tuesday interview, the president also touted his administration's efforts in the aftermath of Hurricanes Harvey and Irma that hit both Texas and Florida respectively last month.

"This was a very tough one. You know, I say we got an A+ in Texas, we got an A+ in Florida, and we may have done our best work here but it hasn't been appreciated, but actually you see over the last couple of days people are seeing what we've done," said Mr. Trump.

The president said the people of Puerto Rico were "very thankful" to his administration during his visit earlier on Tuesday. He tweeted Wednesday morning, commending the news coverage that showed "great warmth and friendship" during his day-long trip.

But when asked of his rocky relationship with San Juan Mayor Carmen Yulín Cruz, Mr. Trump said Cruz was "very nice at the very beginning" but said "she went a little bit on the nasty side and I said I guess she's running for office, and it turns out I'm right, isn't that a shock."

Cruz, a Democrat, has not yet formally announced if she is indeed running for governor.