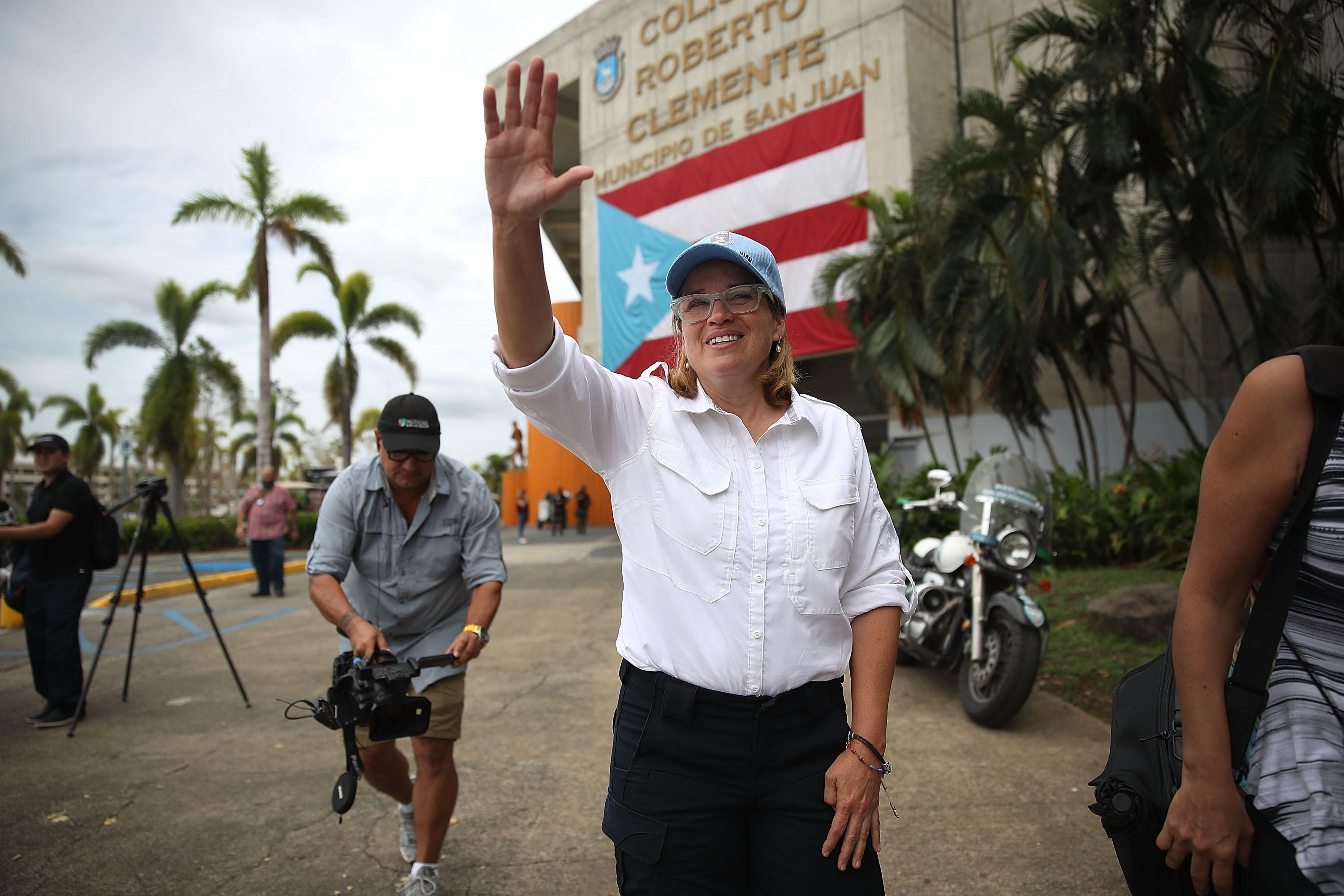 As President Trump is set to arrive to the devastated island of Puerto Rico Tuesday, Mr. Trump's recent foe, San Juan Mayor Carmen Yulín Cruz, will meet with the president amid their ongoing dispute over sufficient aid.

The meeting between the two comes just days after Mr. Trump defended the response to the crisis in Puerto Rico on Sunday, saying, "We have done a great job with the almost impossible situation in Puerto Rico."

He added, seemingly in a jab to Cruz, "Outside fake news or politically motivated ingrates ... people are now starting to recognize the amazing work that has been done by FEMA and our great military."

The tweets came amid vocal criticism from Cruz's end just one day prior, who had accused the Trump administration of "killing us with the inefficiency."

Mr. Trump fired back Saturday, tweeting that Cruz has "such poor leadership ability."

On Saturday, Cruz told CBS News chief medical correspondent Jon LaPook that if given the opportunity to speak with Mr. Trump, she'd appeal to the businessman in the president.

Before departing on Tuesday, Mr. Trump told reporters at the White House that Cruz has "come back a long way" from her initial criticism.

"I think it's now acknowledged what a great job we've done, the people are looking at that and in Texas and Florida, we get an A-plus and I think we've done just as good in Puerto Rico and it's actually a much tougher situation," he said.

Mr. Trump added, "whether it's her or anybody else, they're all starting to say it," adding that he appreciates the more positive comments he's received from Puerto Rican Governor Ricardo Rosselló.

"He has said we've done an incredible job and that's the truth," the president said.

Florida Senator Marco Rubio responded to the back and forth on Sunday, telling CBS' "Face the Nation" that political "bickering" hinders the recovery process.

"Every minute we spend in the political realm bickering with one another over who's doing what, or who's wrong, or who didn't do right is a minute of energy and time that we're not spending trying to get the response right," Rubio said on "Face the Nation."

"I think everyone involved in the response has things they could have done better," he said. "But right now I hope we'll stay 100 percent focused on what needs to be done to get the people of Puerto Rico help. And then we'll have plenty of time in the future to have these debates about who didn't do the right thing or what could have been done better."