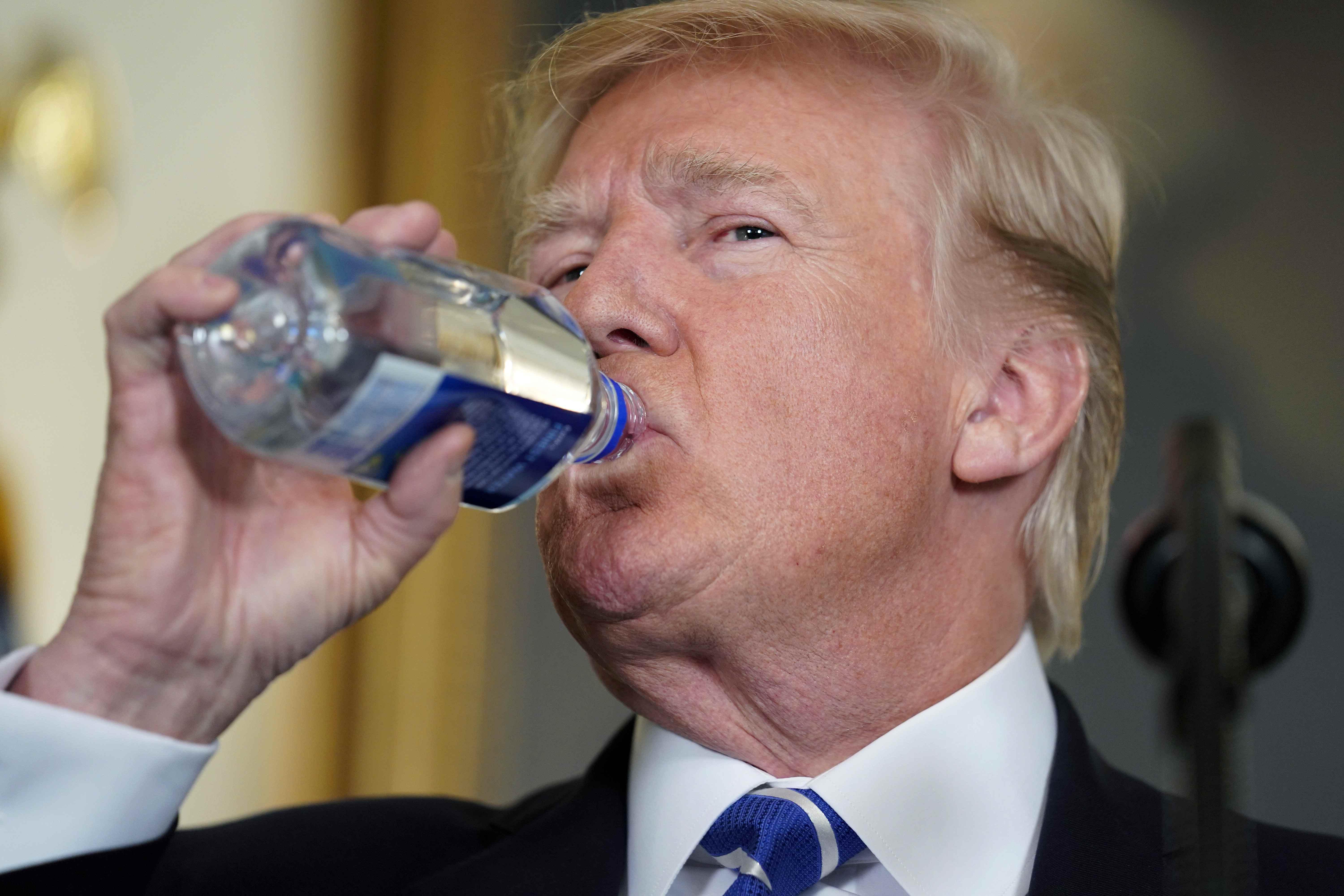 While  addressing the nation Wednesday afternoon following his 12-day trip to Asia, President Trump abruptly paused his remarks -- twice -- to take a sip of water.

Speaking at the White House, Mr. Trump initially fumbled in looking for the Fiji water bottle and then ducked below the lectern in search of refreshment. Someone off-camera pointed out the bottle to his right on a nearby table. Once he located the water, he took a sip. A few minutes later, he took another break from his remarks to sip a second time.

The incident recalled Mr. Trump's mockery during the 2016 campaign of then-opponent Sen. Marco Rubio, R-Florida, for his own awkward water break. The senator, who clearly needed water, awkwardly paused his 2013 response to then-president Barack Obama's State of the Union address to parch his thirst.

"It's Rubio!" Mr. Trump shouted as he held up an open water bottle, then splashing it on the crowd gathered for his February 2016 campaign rally in Texas. He then drank from the bottle, tossed it aside, and remarked "unbelievable."

He also tweeted criticisms of Rubio's water moment in February 2016.

"Next time Marco Rubio should drink his water from a glass as opposed to a bottle -- would have much less negative impact," then-candidate Trump wrote from his personal Twitter account. (The president had a bottle of Fiji water on hand Wednesday.)

Rubio had made light of the president's water break on Twitter soon after Mr. Trump finished his remarks.

"Similar, but needs work on his form.Has to be done in one single motion & eyes should never leave the camera. But not bad for his 1st time," he tweeted.