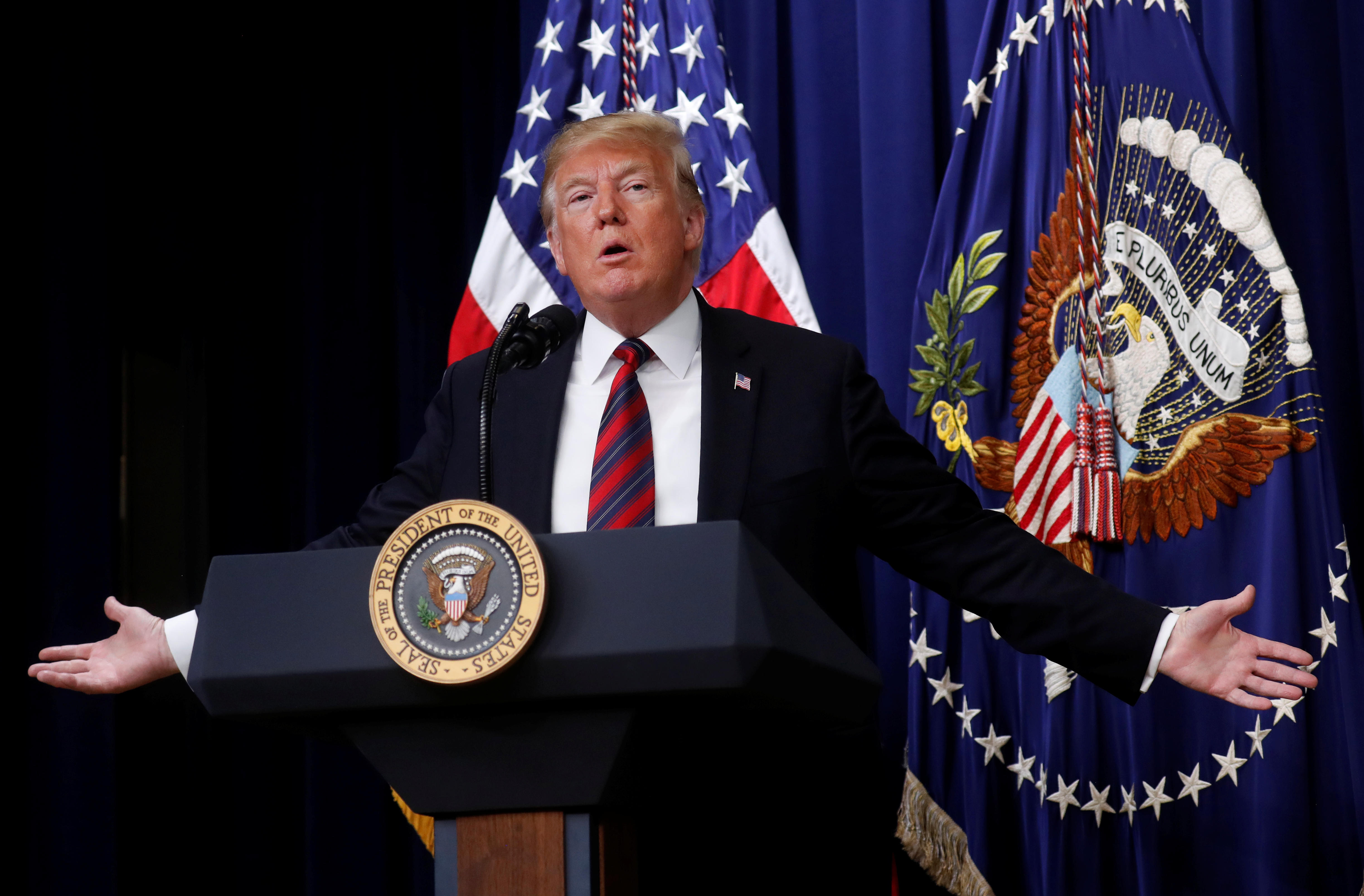 President Trump on Tuesday admitted he has no proof for a claim he made Monday morning on Twitter that "unknown Middle Easterners" are mixed into the caravan of migrants heading through Mexico toward the United States.

"I think there's a very good chance, honestly, that you have people in there," Mr. Trump continued. "I also think there's a very good chance that over the course of a period of time you have. Or they don't necessarily have to be in that group. But certainly you have people coming up through the southern border from the Middle East that are not appropriate for our country. And I'm not letting them in."

The president also claimed there will be forthcoming proof to show Democrats are paying for the caravan of migrants, which has swelled to more than 5,000 men, women and children. Pence on Tuesday said he spoke with Honduras' president, who claimed the caravan was "organized by leftist organizations and financed by Venezuela."

On Monday, asked if there are terrorists in the caravan, the president told one journalist to take a camera and go into the middle of the caravan.

On Monday, Sanders insisted the president had credible evidence that "Middle Easterners" infiltrated the caravan.

"Absolutely," she told reporters outside the White House. "We have, and we know that this is a continuing problem. It's not just in this, we have 10 individuals, suspected or known, terrorists that try to enter our country illegally every day. This is a problem that the president's been talking about for a long time and certainly one he wants to see addressed."

Tyler Houlton, a spokesman for the Department of Homeland Security, also tweeted Tuesday that "Citizens of countries outside Central America, including countries in the Middle East, Africa, South Asia, and elsewhere are currently traveling through Mexico toward the U.S."

In recent days, the president has seized on the caravan matter, as a part of his broader campaign against illegal immigration, and said it's a "great Republican issue" ahead of the midterms. But on Tuesday, asked if he's stoking fears with the caravan, Mr. Trump said he isn't a political person.

"Not at all. I'm a very non-political person and that's why I got elected president," he said.