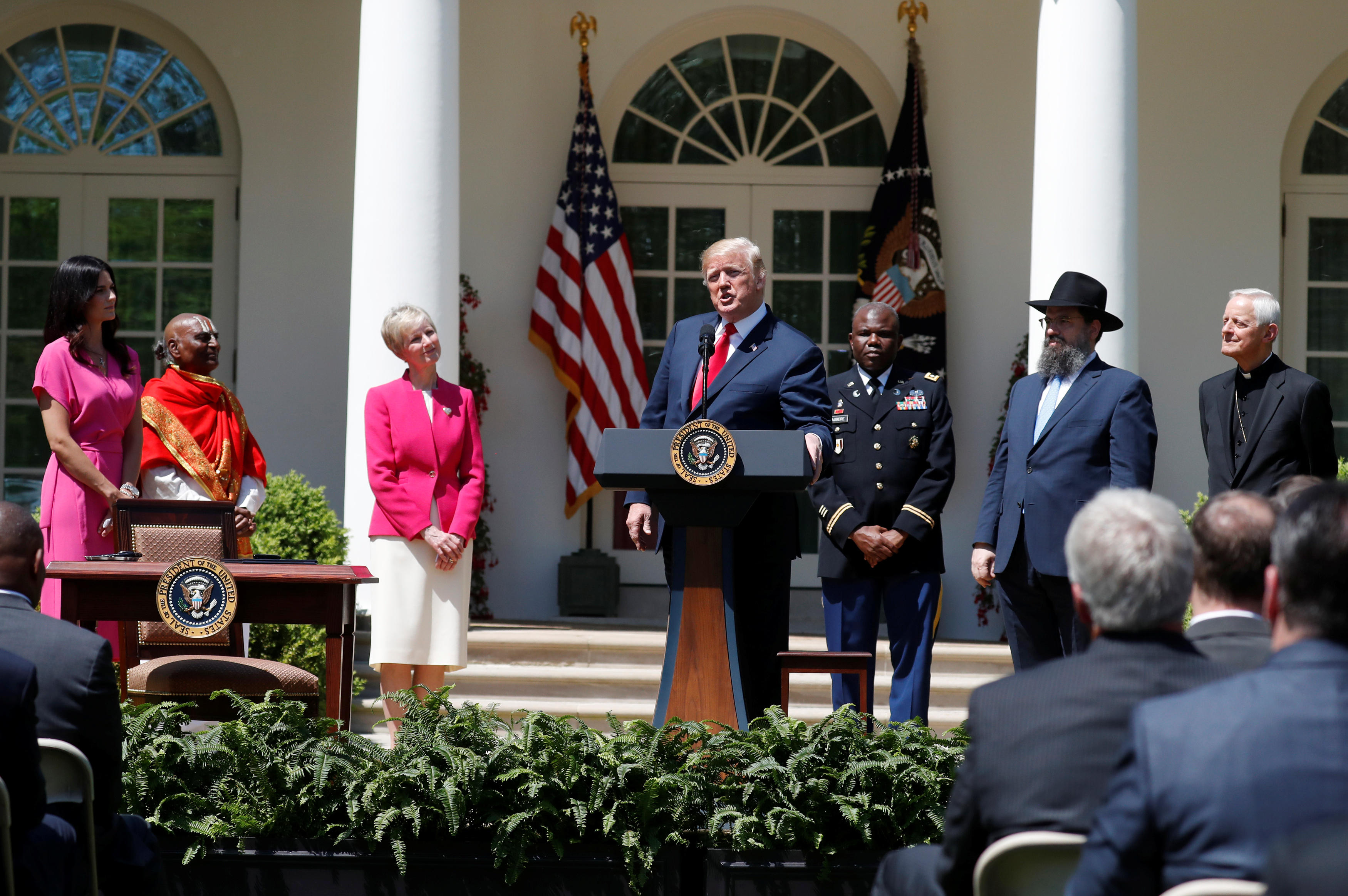 During the annual National Day of Prayer commemoration at the White House on Thursday, President Trump signed the latest executive order of his presidency, to establish a faith-based office, the White House Faith and Opportunity Initiative. He said it would focus on protecting religious freedom and ensuring that "the faith-based and community organizations that form the bedrock of our society have strong advocates in the White House and throughout the federal government."

"Prayer has always been at the center of the American life. America is a nation of believers, and together we are strengthened by the power of prayer," said Mr. Trump at the Rose Garden ceremony.

The initiative will be led by a newly appointed White House adviser to the group and will be supported by various faith leaders from outside the federal government. The order also aims to ensure faith based organizations have "equal access to government funding and equal right to exercise their deeply held beliefs."

Last year, on the National Day of Prayer, the president signed a similar "religious liberty" executive order that would allow the IRS to opt not to enforce the Johnson Amendment, which prohibits nonprofits such as churches and charities from "directly or indirectly" engaging in a political campaign.

The order, which was based on one of Mr. Trump's campaign promises, also provided regulatory relief from Obamacare requirements such as the requirement that organizations provide contraception care, which was heavily debated in the Little Sisters of the Poor case.

In a proclamation released before the event, Mr. Trump said on Thursday "we join together to offer gratitude for our many blessings and to acknowledge our need for divine wisdom, guidance, and protection."