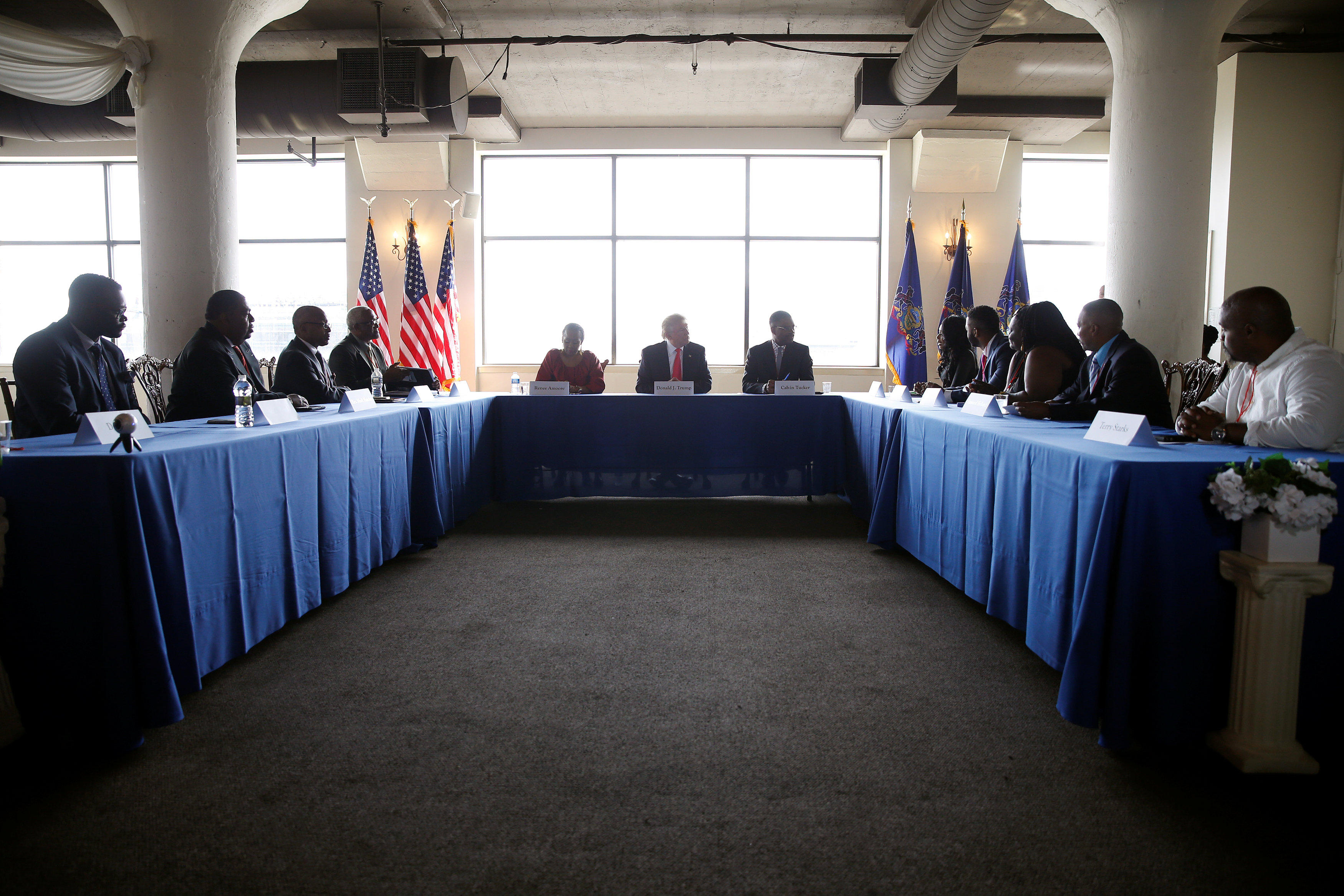 Donald Trump met with various leaders from the African-American community in Philadelphia Friday afternoon, just as the GOP nominee continues his struggle ramping up minority support and a day before his visit to a black church in Detroit.

Trump gathered for a roundtable discussion with a dozen business, civic, and religious leaders in the black community.

Calvin Tucker, an African-American surrogate for the campaign and one of the handful of black delegates at the Republican national convention in July, introduced Trump to the group.

The campaign held the event at a catering hall operated by Philadelphia’s Greater Exodus Baptist Church.

Later, Trump met with the African-American family of a young woman who was murdered in Newark nine years ago. Shagla Hightower, the mother of Iofemi Hightower, talked with Trump about immigration laws. In 2007, at a Newark schoolyard, Iofemi Hightower was brutally hacked with a machete and shot in a random, execution-style slaying by MS-13 gang members when she was 20 years old. At least one of the defendants in the murder was in the U.S. illegally.

Trump plans to extend his outreach to the African-American community Saturday with an appearance at Detroit’s Great Faith Ministries International church.