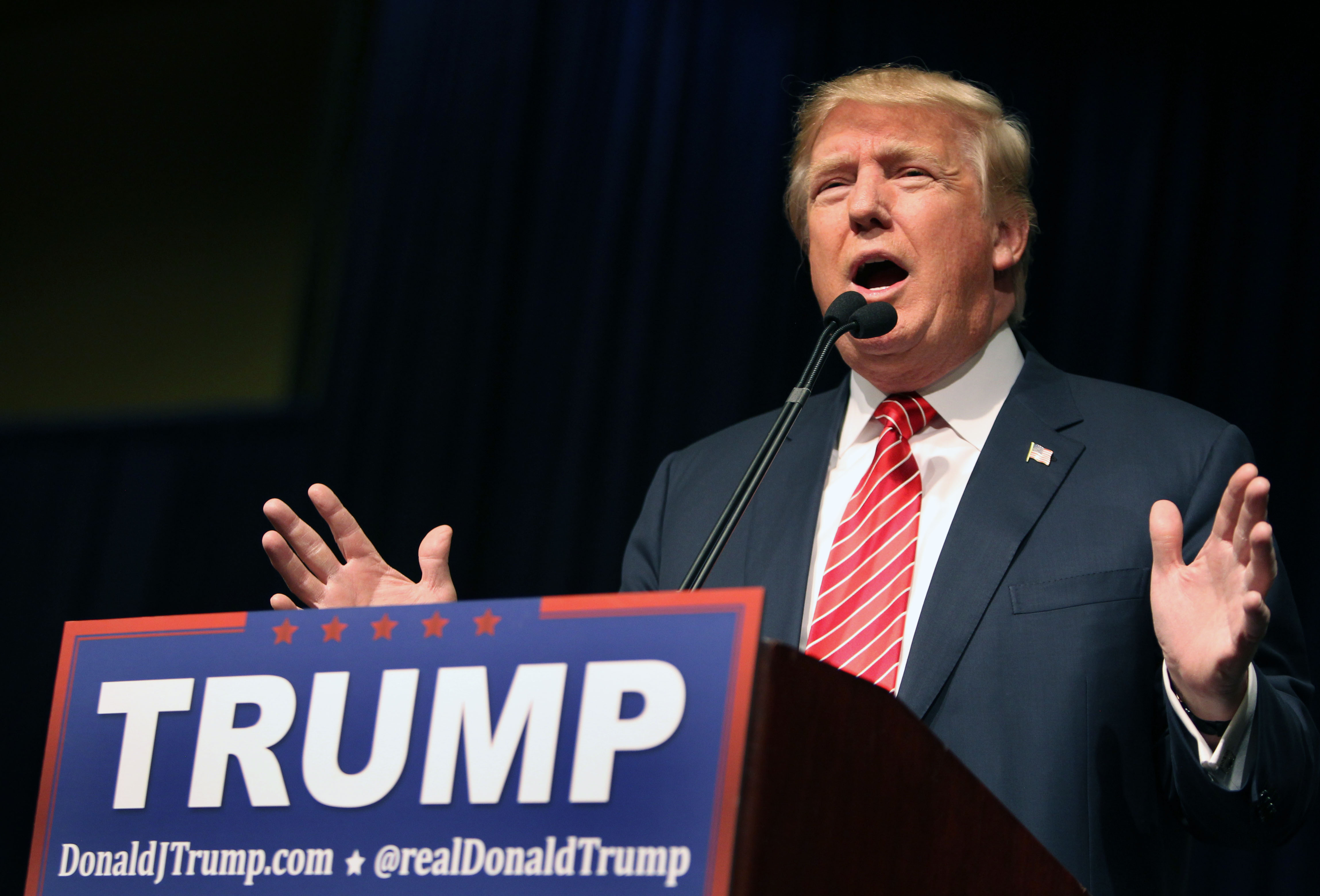 RENO, Nevada -- In the latest escalation of presidential candidate Donald Trump's attacks on Texas Sen. Ted Cruz's citizenship, he likened the recent controversy to the troubles of the Democratic frontrunner, former Secretary of State Hillary Clinton and her use of a private email server.

"What's going to happen is the other side will bring a suit," Trump said. "Now, is he a natural born citizen? Some people...Honestly we don't know. Who the hell knows? But you can't be running. It's sort of like Hillary has a problem too. She doesn't know whether or not she's going to be indicted. OK? She doesn't know."

Trump threw the kitchen sink at Cruz for nearly a quarter of his speech, attacking him for a variety of issues -- that Cruz allegedly flip-flopped on the Renewable Fuel Standard, that he is "controlled" by "oil interests."

In the past, Cruz was against the RFS, but now wants to see it gradually phased out.

The longest and most sustained attack came on the issue of Cruz's citizenship.

"And they asked him, why didn't you revoke your citizenship?" Trump said. "You know he's a United States senator and he's a citizen of Canada. Why didn't you do it sooner? He said he didn't know about it, OK?"

Then Trump asked the crowd, "Does he get a pass on that?" The crowd responded enthusiastically, "No!'

The attacks come as Cruz increasingly gains on Trump, especially Iowa, where Cruz is now leading in a number of polls.

In an NBC/Wall Street Journal/Marist poll in Iowa released on Saturday, Cruz is leading Trump among likely caucus-goers -- 28 percent to 24 percent. Trump acknowledged the tightening numbers, and even took the rare step of admitting that he isn't winning somewhere.

"They have me essentially statistically tied [in Iowa], but a lot of people say you know he's going to do much better than the polls are even saying," Trump said. "We're doing so well generally. But every poll, in New Hampshire,we're through the roof. In South Carolina, we're winning by so much, in fact, people are already conceding. Who's going to be second in New Hampshire? Who's going to be second in South Carolina? I love that, you know. I love hearing that."

Whether the citizenship issue will take hold among Republican voters is an open question. Cruz was born in Calgary, Alberta, in 1970. His mother was born in Delaware, while his father was from Cuba. Cruz was given American citizenship at birth as a result of his mother. In 2014, Cruz renounced his joint citizenship with Canada -- saying that he should only be an American as a U.S. Senator.

Trump, once again, called for Cruz to get a "declarative judgment" from court saying that he is eligible to run for president. However, legal experts have said this is not even possible.

Peter Spiro, a law professor at Temple University who specializes in constitutional and immigration law, told CBS News last week: "Cruz couldn't seek a declaratory judgment -- you need adverse parties to do...In other words, Cruz would need someone to sue in order to seek such a ruling. If a state refused to put him on the ballot because of his Canadian birth, then he could seek a declaratory judgment, but until that happens, he has no basis for going to court."

Many in the Trump crowd enthusiastically supported Trump's diatribes against Cruz, cheering loudly as Trump continued.

"Doesn't bother me at all," said 53-year-old Pedro Montez, a retired police officer from Ridley, California. "I mean -- like everybody talks, [Cruz] can put on his big boy pants and defend himself too."

Montez is a first generation Mexican-American. When asked why he was supporting Trump over the other two Hispanics in the race, Cruz and Florida Sen. Marco Rubio, Montez said he was attracted to Trump self-funding his campaign.

"I truly believe he wants to work for the people and Cruz and Rubio -- you know, they're not self-funded. They still have big PACs behind them," he said.

It should be noted that Trump, as of last quarter's fundraising report, is not actually self-funding his campaign.

This was Trump's fifth visit to Nevada, an early caucus state, since becoming a candidate. It was a lively rally -- his first on a Sunday -- and it was full of colorful Trump-isms.

"I have a better vocabulary than anybody in the press," Trump told the crowd.

There were also the many local references, such as Trump saying, "When we bring jobs back, this place is going to be a big, fat, beautiful beneficiary."

He heads to New Hampshire on Monday for a busy week of campaigning that will take him to Iowa, Florida and South Carolina.