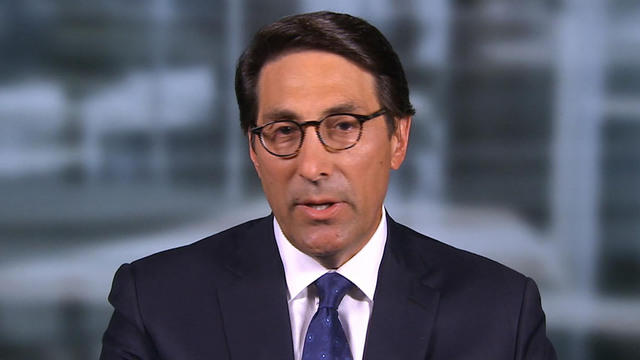 President Donald Trump's personal attorney, Jay Sekulow, says that there was "nothing illegal" about Mr. Trump's son meeting with a Russian lawyer that was arranged in the hopes of gathering compromising information about then-presidential candidate Hillary Clinton.

"The meeting that took place, (there) was nothing illegal about it, there was not a violation of the law, no illegality," Sekulow told "CBS This Morning" on Wednesday.

Sekulow's comments come just one day after Donald Trump Jr. released a batch of emails he exchanged with music publicist, Rob Golstone, who facilitated the arrangement for a meeting with Natalia Veselnitskaya, who was described in the emails as a "Russian government attorney." The emails referred to information that would "incriminate" Hillary Clinton and Goldstone wrote that the information would be "very useful" to Trump Jr.'s father.

"This is obviously very high level and sensitive information but is part of Russia and its government support for Mr. Trump," one of Goldstone's emails said.

Veselnitskaya has since denied ever working for the Russian government or that she had compromising information to share with Trump Jr. and his associates.

As Trump Jr. replied in an email that he would "love" whatever information the attorney would potentially share, Sekulow says that meetings of this nature -- on "opposition research" as he described it -- are "not uncommon."

"Let's put ourselves back into where we were in time, this was in the middle of the election for the presidency of the United States, this is a  full battle of the electoral moment, right?  Hundreds of meetings taking place, teams working on both sides, Republicans, Democrats, this is one meeting out of hundreds of meetings that took place on a whole variety of topics for both campaigns," Sekulow said.

He added that it was "rather unremarkable in the sense that nothing transpired, nothing illegal took place."

Mr. Trump's attorney also noted that over the course of the email exchange, the meeting and in the fallout over the emails, Mr. Trump was left in the dark.

"I want to be very clear, the president was not aware of this meeting, did not attend and was only very recently made aware of this email," he said. "In fact, he did not read the email until we saw it yesterday when you all saw it."

When asked if there were any other meetings involving the Trump campaign that were not disclosed, Sekulow deferred to Trump Jr.'s statements to Fox News' Sean Hannity, saying he "probably met other people from Russia."

In China, childcare is truly a family affair
Emily Tillett