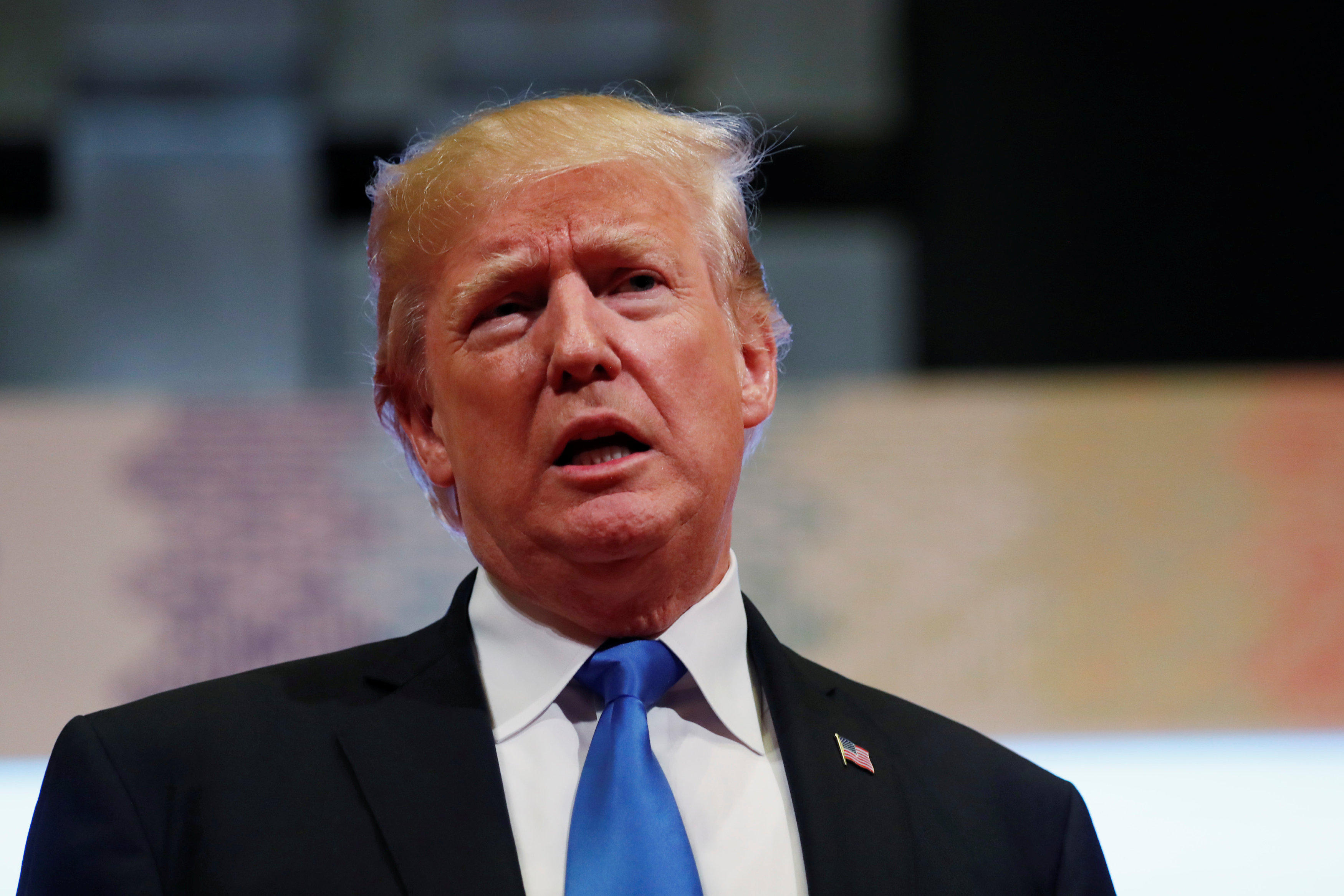 MANILA, Philippines -- Wrapping up an Asia tour, President Trump said Tuesday that all countries that trade with the U.S. "know that the rules have changed."

"The United States has to be treated fairly and in a reciprocal fashion," Mr. Trump tweeted from Manila, the final stop before he returns to Washington later Tuesday. "The massive TRADE deficits must go down quickly!"

It was a theme Mr. Trump stressed repeatedly throughout a nearly two-week trip through Japan, South Korea, China, Vietnam and the Philippines, including one-on-one meetings with the leaders of those nations.

Mr. Trump insists that multibillion-dollar deficits that favor U.S. trading partners will be reduced to zero, and that trade overall must be fair and mutually beneficial.

He commented shortly after arriving at his third and final summit of the trip, the annual East Asia Summit of leaders from throughout the region, although he mentioned an earlier summit in the tweet. He attended a gathering of the Association of Southeast Asian Nations on Monday.

"Just arrived at #ASEAN50 in the Philippines for my final stop with World Leaders," Mr. Trump said in an early tweet. "Will lead to FAIR TRADE DEALS, unlike the horror shows from past Administrations. Will then be leaving for D.C. Made many good friends!"

Mr. Trump addressed leaders at a summit lunch but decided to skip the summit itself because it was behind schedule, and instead leave for Washington, White House Chief of Staff John Kelly told reporters. Secretary of State Rex Tillerson stayed behind to attend the summit itself, Kelly said.

Before departing, Mr. Trump told reporters in Manila that the "fruits of our labor are going to be incredible."

"We've had a tremendously successful trip. Tremendous amounts of work was done on trade," the president said.

Among Mr. Trump's newest friends in the region is Philippine President Rodrigo Duterte, whom Mr. Trump repeatedly praised and joked around with on Monday. Duterte has overseen a bloody crackdown on domestic drug dealing that has featured extrajudicial killings, earning him scorn from human rights advocates.

Mr. Trump did not publicly take Duterte to task for the crackdown. Instead, Mr. Trump said he and Duterte have "had a great relationship" and avoided questions about whether he'd raise human rights concerns with the Filipino leader during a private meeting.

The White House later said they discussed the Islamic State of Iraq and Syria (ISIS), illegal drugs and trade during the 40-minute meeting. Press secretary Sarah Huckabee Sanders said human rights came up "briefly" in the context of the Philippines' fight against illegal drugs. She did not say if Mr. Trump was critical of Duterte's program.

Despite all that, they later issued a joint statement saying they "underscored that human rights and the dignity of human life are essential, and agreed to continue mainstreaming the human rights agenda in their national programs."

Duterte's war on drugs has alarmed human rights advocates around the world who say it has allowed police officers and vigilantes to ignore due process and to take justice into their own hands. Government officials estimate that well over 3,000 people, mostly drug users and dealers, have died in the ongoing crackdown. Human rights groups believe the victim total is far higher, perhaps closer to 9,000.

In Manila for the Association of Southeast Asian Nations conference, and the subsequent East Asia Summit, Mr. Trump looked to strengthen ties with Pacific Rim allies, aiming to strike one-on-one trade deals rather than multinational trade agreements, and increase pressure on North Korea to abandon its nuclear program.

He met with Indian Prime Minister Narendra Modi and highlighted their two nations' "deeper and more comprehensive" ties, looking to strengthen a relationship that is vital to the U.S. vision of an Indo-Pacific region that attempts to de-emphasize China's influence.

He jointly met with Australian Prime Minister Malcolm Turnbull, with whom he had a contentious phone call last winter, and Japanese Prime Minister Shinzo Abe, who hosted the president in Tokyo earlier in the trip.

Mr. Trump raved about his accomplishments on his five-nation journey, particularly on trade and on North Korea, which the White House has suggested may be designated a state sponsor of terror.

Mr. Trump said he would wait until he was in Washington on Wednesday to elaborate with a "major statement" on those two topics, but hinted at progress while in Manila.

"We've made some very big steps with regard to trade - far bigger than anything you know," Mr. Trump told reporters, pointing to business deals forged between U.S. and foreign companies.

Mr. Trump also said the trip had been "very fruitful" for the United States and pointed to the warm welcomes he had received in capitals like Tokyo, Seoul and Beijing.

"It was red carpet like nobody, I think, has probably ever received," Mr. Trump said. "And that really is a sign of respect, perhaps for me a little, but really for our country. And I'm really proud of that."