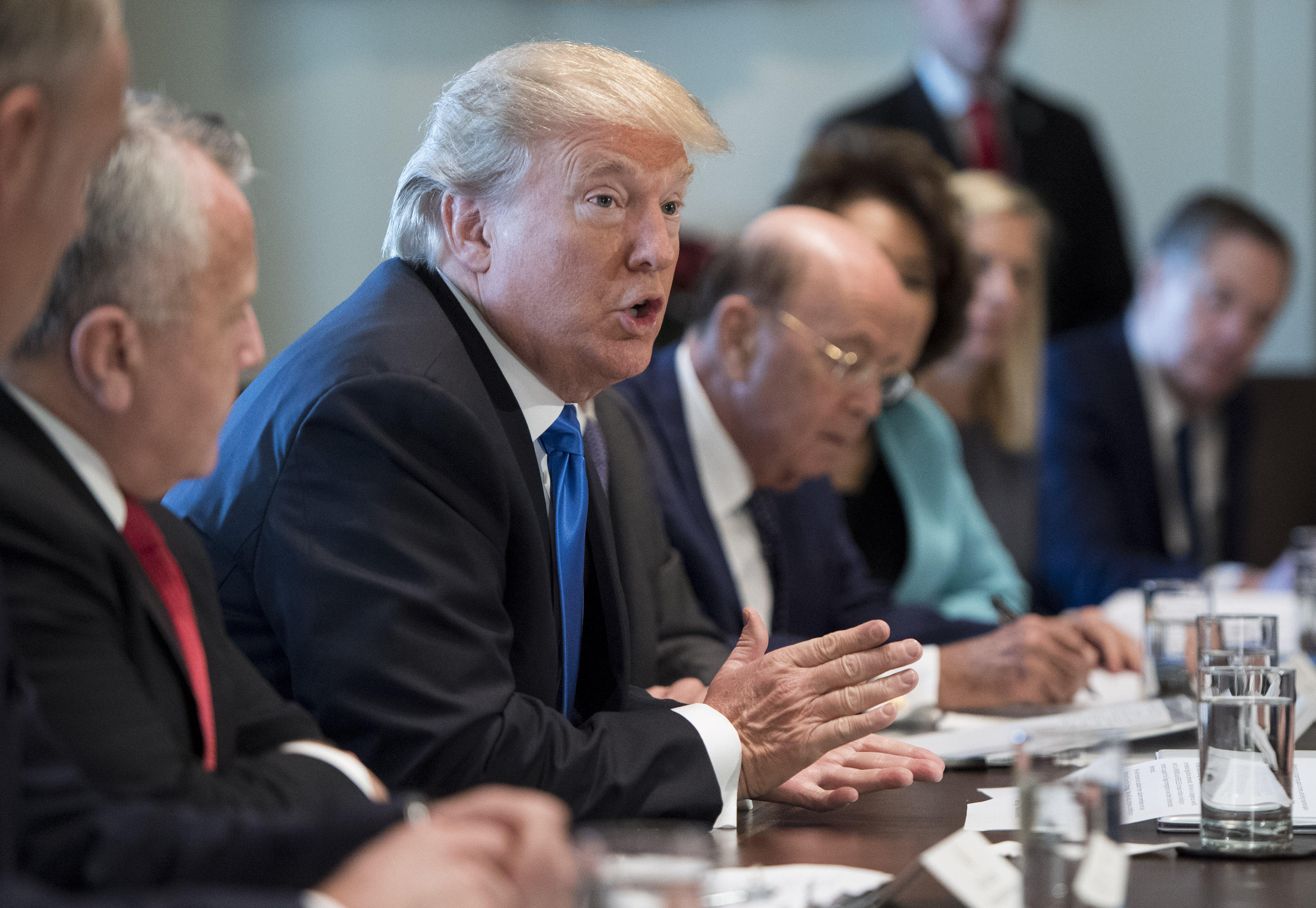 President Trump met with members of his Cabinet on Wednesday ahead of a major announcement for the administration about Israel. Mr. Trump is expected to be the first American president to formally recognize Jerusalem as the capital of Israel since its founding in 1948. The move is likely to spark tensions in the already strained Middle East region.

According to senior administration officials, during his afternoon speech, Mr. Trump will also direct the State Department to begin the process of moving the embassy from Tel Aviv to Jerusalem.

During the meeting Mr. trump also addressed the "many serious threats" the United States faces.

When discussing the current provocations posed by the North Korean regime, the president said it would be "handled and it will be handled properly."

He also commended Defense Secretary James Mattis for leading the counter-efforts against the Islamic State Group (ISIS) saying, "he's knocked the hell out of them."

The meeting also came at particularly busy legislative week for the president as lawmakers on Capitol Hill continue to forge ahead with the Republican-crafted tax bill, taking both the Senate and House versions to conference. Lawmakers are also considering how to keep the federal government funded past Friday.

Mr. Trump lauded the administration's efforts in the tax overhaul, saying "I can't not wait to sign these giant tax cuts and reforms," adding "it will be the largest tax cuts by far in the history of this country."

While the tax bill now heads to conference to has out any remaining differences between the House and Senate versions, what Mr. Trump called a "mixer", he was hopeful that "when it comes out, it's going to be a beautiful mix" of both versions.

Asked if the president felt the government faced a potential shut down, he replied "It could happen." Mr. Trump said that Democrats were looking at something "very dangerous for our country" alluding to threats of shut down over immigration reform.

"The Democrats maybe will want to shut down the country because they want people flowing into our country," he added.

The president also took a moment during the meeting to congratulate his latest pick to lead the Department of Homeland Security, Kirstjen Nielsen on her Senate confirmation on Tuesday. He called her eventual confirmation to her new post "a long wait."