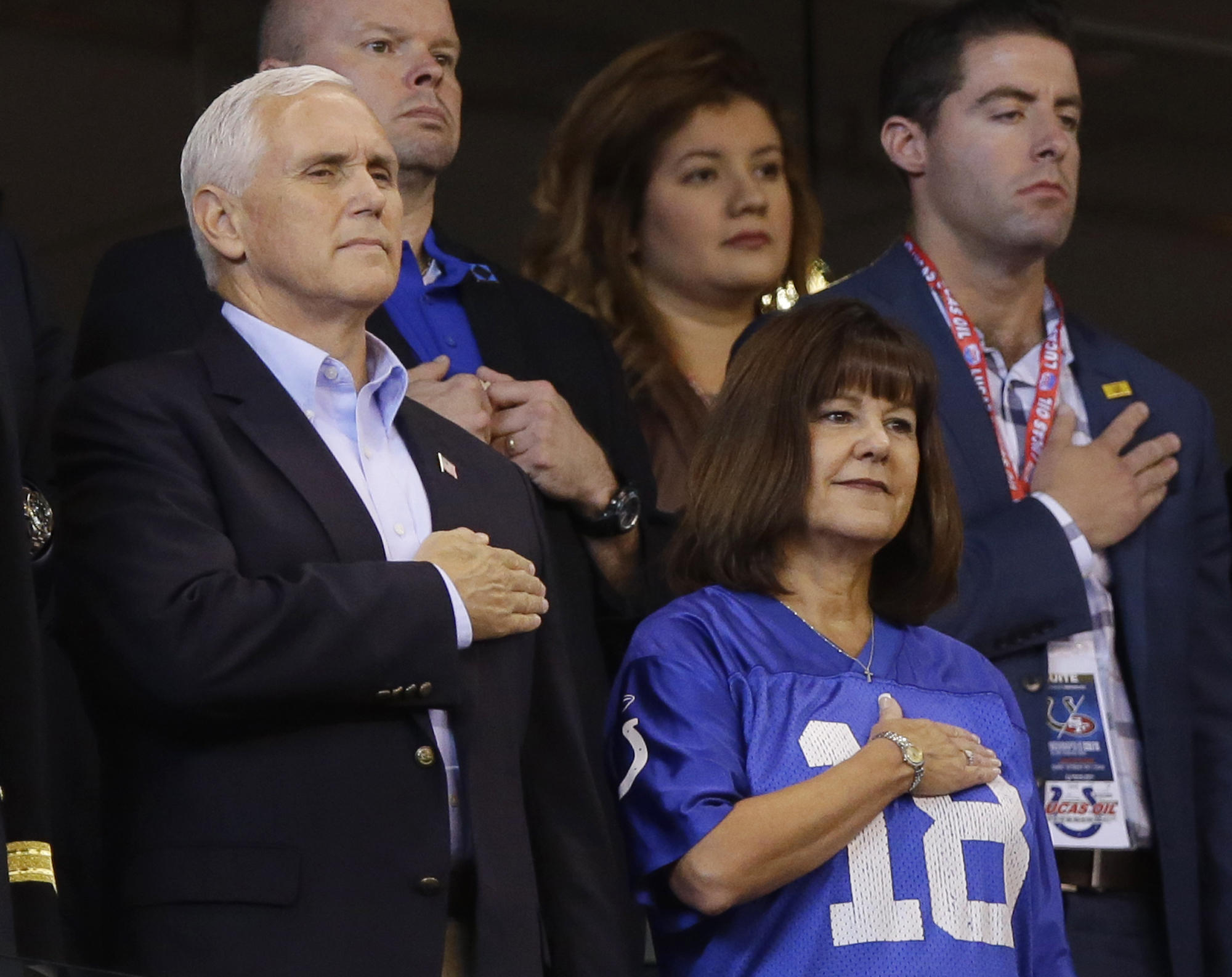 The joint fundraising committee for President Trump's re-election campaign and the Republican Party is circulating an online petition soliciting people who support standing for the U.S. national anthem.

It's called the "Official Stand for the National Anthem Petition" and is paid for by the Trump Make America Great Again Committee. It asks for a person's name, email address and zip code, which could be a way to collect more contact information for potential voters and donors.

NFL Commissioner Roger Goodell said this week that the league believes players should stand during the national anthem, but there's no rule requiring them to follow that practice.

GOP Senate candidate Roy Moore of Alabama claimed in a recent interview that it's "against the law" for players to kneel during the national anthem.

"It's against the law, you know that?" Moore told Time magazine. "It was a act of Congress that every man stand and put their hand over their heart. That's the law."

While there is a federal code that says people should stand for the anthem, most legal experts do not think it's legally binding.