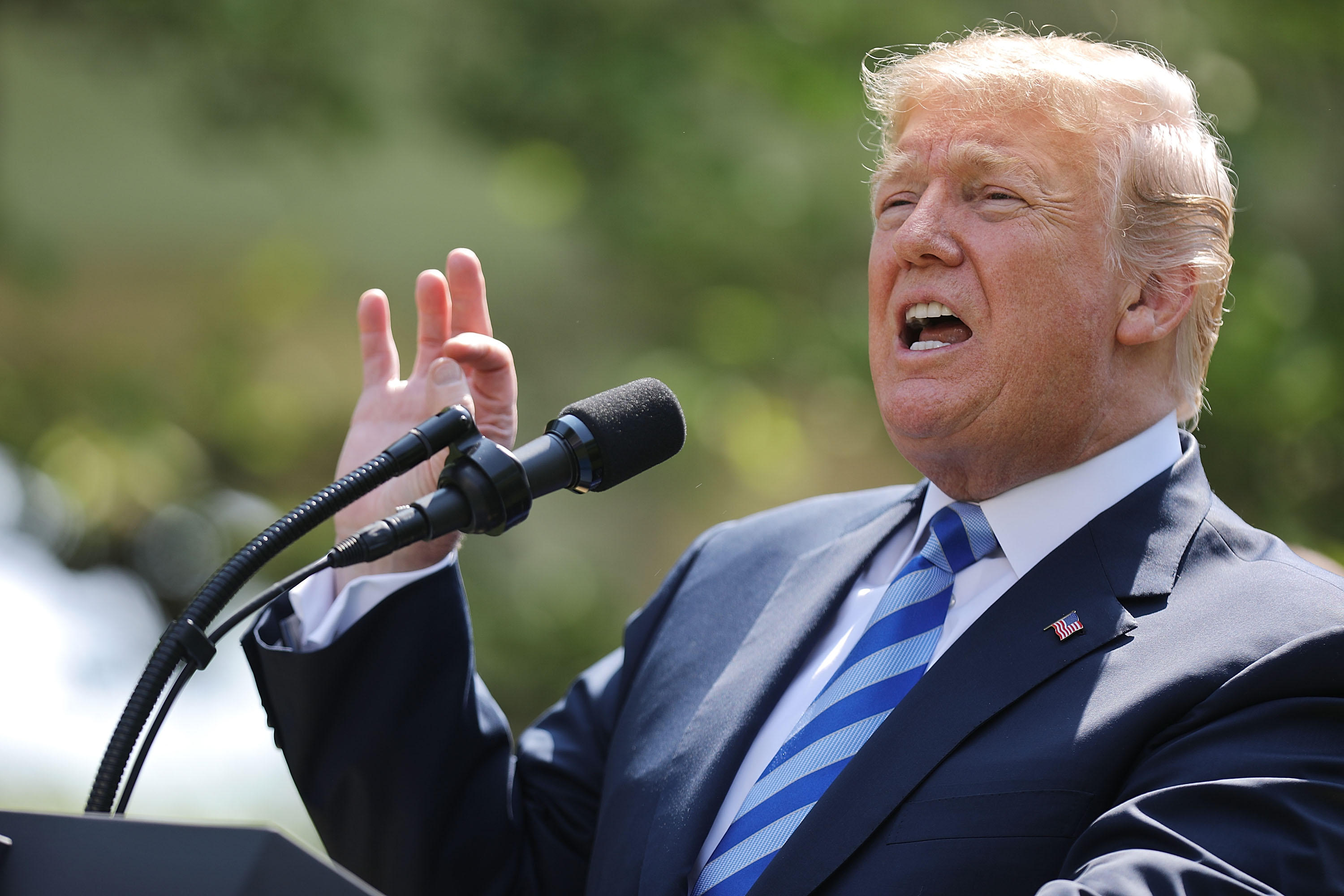 WASHINGTON — President Donald Trump is donating his first quarter salary to the Department of Veterans Affairs, as his search continues for a nominee to lead the agency.

Trump has pledged to return his entire salary to the federal government, and has used the symbolic check handover quarterly to highlight his administration's policy efforts.

The VA has been rocked by turmoil in recent months, including by the March firing of former secretary David Shulkin amid ethics concerns and internal discord. Trump's nominee to fill the post, White House doctor Ronny Jackson, withdrew from consideration last month.

Wilkie is among those being considered to fill the post permanently.