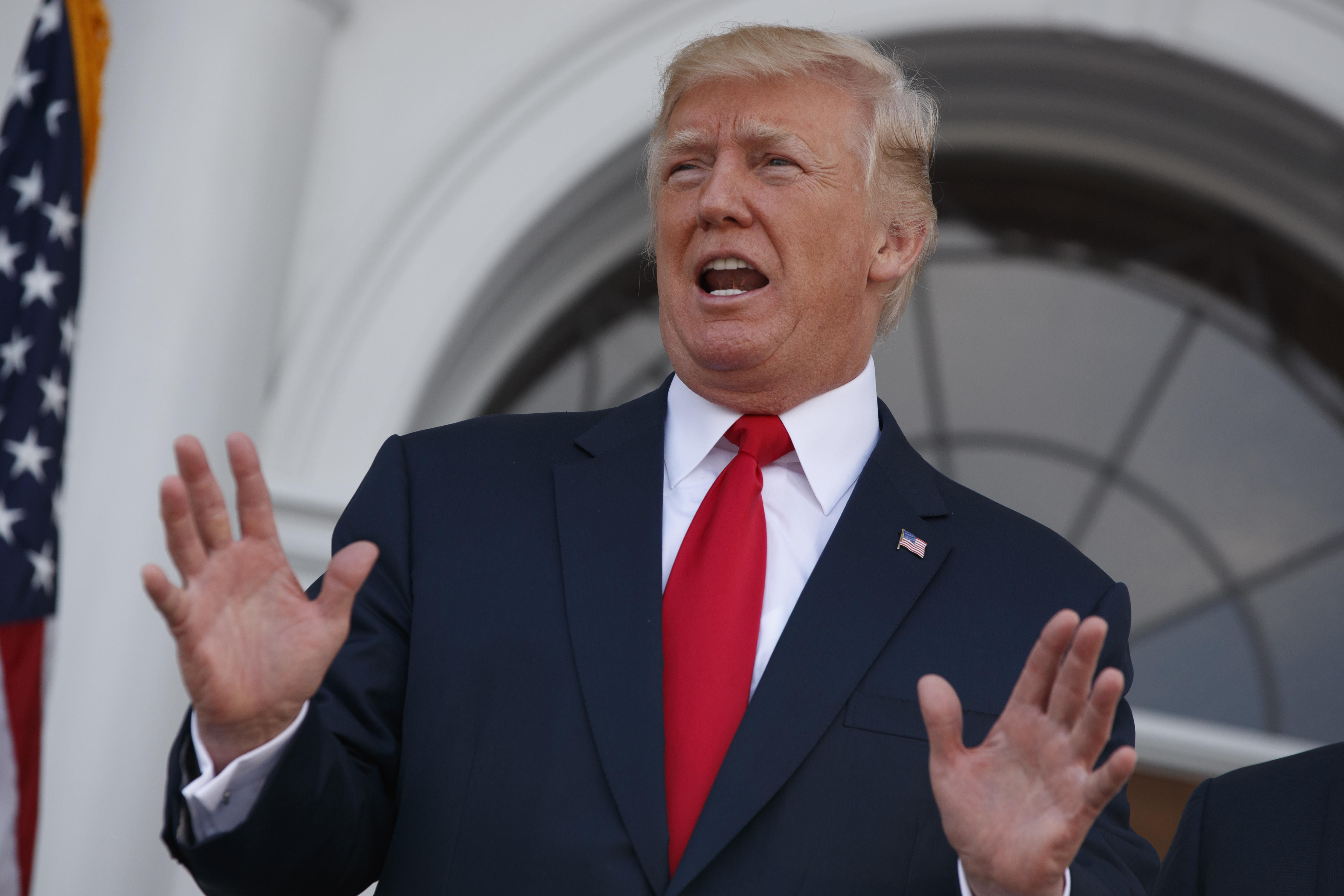 Mr. Trump made the announcement before holding a security briefing Thursday at his golf course in Bedminster, New Jersey.

"We're going to draw it up and we're going to make it a national emergency. It is a serious problem, the likes of which we have never had," he said. "You know when I was growing up they had the LSD and they had certain generations of drugs. There's never been anything like what's happened to this country over the last four or five years."

"Just last week the Department of Justice announced its new Opioid Fraud and Abuse Detection Unit and we continue to follow the President's lead and use every tool we have to combat this deadly crisis," Sessions said.

Two million Americans are addicted to prescription opioids, according to the American Society of Addiction Medicine. An additional 600,000 are addicted to heroin and some estimates say over 59,000 people died from drug overdose deaths in 2016.

While Mr. Trump has spoken about the opioid epidemic since his days as a presidential candidate, he also said that the issue is not unique to the United States.

"And I have to say this in all fairness, this is a worldwide problem," Mr. Trump said Thursday. "Not just a United States problem, this is happening worldwide. But this is a national emergency and we are drawing documents now to so attest."

A drug commission convened by Mr. Trump recently called for a national emergency declaration to help deal with the opioid crisis.

Health and Human Services Secretary Tom Price earlier this week seemed to suggest the president was leaning against the recommendation when he said the administration could deploy the necessary resources and attention without declaring a national emergency.

Still, Price stressed that "all things" were "on the table for the president."